Home Page In the U.S. 'Landmark decision': court ruled racist one of US immigration laws

'Landmark decision': court ruled racist one of US immigration laws

A federal judge in Nevada ruled for the first time that a long-standing law criminalizing re-entering the United States after deportation is unconstitutional because it is clearly racist in origin. The edition told in more detail Reuters. 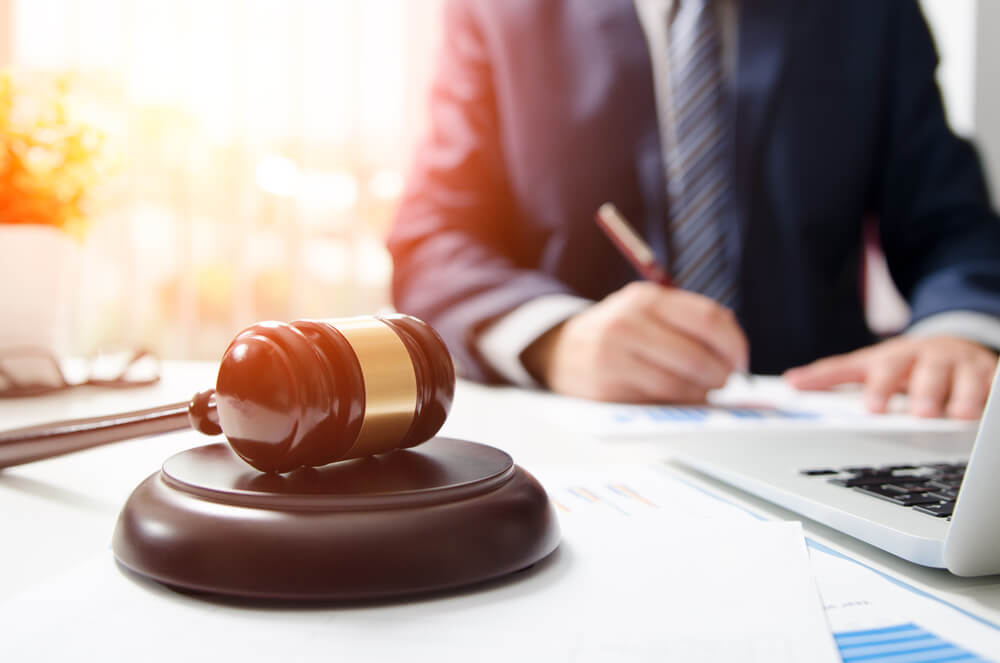 Federal laws make it a misdemeanor to enter a country without permission and re-entry as a criminal offense, punishable by up to six months' imprisonment for illegal entry and up to 20 years for re-entry. Illegal entry and re-entry are the most prosecuted crimes in federal courts today, according to US Courts Administration case statistics 2008-2019.

Judge Miranda Doo of the US District Court for the District of Nevada dropped the case against Gustavo Carrillo-Lopez on August 18, who was charged with being in the United States after his deportation. Du ruled that Carrillo-López demonstrated that the return law was "passed with a discriminatory purpose and that the law has unequal impact on Hispanics." The government was unable to prove that it “was enacted in the absence of racial intolerance”.

The ruling is an important judicial recognition of clearly racist and nativist foundations of laws, such as the Immigration and Citizenship Act 1952, which criminalize re-entry. This means a rare recognition by the courts that the foundational elements of the federal immigration mechanism - the enforcement processes we now take for granted - actually run counter to constitutional guarantees of equal protection and perpetuate a stigmatizing, disparate influence on Hispanics.

On the subject: 'Freedom of speech is not for everyone': an immigrant was deported after participating in a film criticizing the US government

It is also an acknowledgment that courts can and should overturn laws motivated by bias, especially given the prevalence of approaches to law enforcement that are inextricably linked to race and identity, such as sentencing for drug offenses.

Judge Michael Simon of the United States District Court for the District of Oregon said in a ruling earlier this month that he was “unaware of any federal appellate ruling stating that the seemingly neutral act passed by Congress was motivated by racial motivation. ethnic or religious hostility ”.

The United States has criminalized border crossing for over 90 years, and the administrations of Presidents George W. Bush, Barack Obama and Donald Trump have stepped up deportations and prosecutions of immigrants for illegal entry or re-entry into the country.

But the historical record shows quite clearly that the criminalization of unauthorized entry and re-entry is based on racist foundations.

Judge Simon's August 3 ruling in Oregon County also recognized this and asked Congress to unequivocally reject racism at the heart of immigration laws. Government lawyers in the Carrillo-Lopez case also "acknowledged that discriminatory intent was the reason for the adoption" of certain immigration laws, Du writes.

It is generally accepted among historians and political scientists that modern US immigration laws are racist.

“If you look at the history of a country, it is fundamentally impossible to separate race and racism from the immigration police,” said Gonzalez O'Brien. "The desire to shape the racial and cultural identity of this country is deeply intertwined with our immigration policy."

This racial concept dates back to US immigration law itself, which for centuries has created and redefined the concept of "whiteness."

The Page Act of 1875 and the Chinese Exclusion Act of 1882 effectively prohibited immigration from China.

The 1924 National Origins Act used a racial quota system deliberately designed to discourage southern and eastern Europeans from entering the United States. According to a PBS report, Adolf Hitler approved it.

Illegal re-entry was first criminalized in 1929 under the Unwanted Aliens Act, which has an unfavorable title. Prosecutors acknowledged that this particular statute was motivated by racial animosity. At the time, Congress openly relied on the discredited pseudoscience of eugenics to pass immigration laws.

The Immigration and Citizenship Act of 1952 incorporated the language and no-re-entry policy under the 1929 Act. But prosecutors argued that the INA is different because there are no statements in the Congressional minutes of the lawmakers' racist intentions.

But Congress did not reject the racial animosity of 1929 in 1952, although it knew the law had affected Hispanics to varying degrees. Instead, lawmakers expanded the government's powers to criminalize illegal re-entry, following the recommendations of the deputy attorney general, who used racist slurs in his letter in support of the law.

In fact, that same Congress just months earlier had passed an "anti-cover-up" measure that lawmakers openly called "the bad quality bill." This policy was a compromise between agribusiness leaders who wanted illegal immigrants for cheap, exploited labor, and congressional nativists who wanted to keep America white.

The law criminalized workers and those who help people cross the border, but included special exceptions for employers. Do wrote that Hispanics were targeted by law enforcement, although Canadians were also entering the United States in record numbers at the time.

On the subject: Biden administration will change the 'public burden' rule: what innovations await immigrants

Doo's opinion is a rare judgment setting out strong factual, moral and constitutional grounds for repealing some existing laws because of their inherent racist intentions. However, the likelihood that this particular decision will be appealed means that the case could become an example of how systemic racism operates.

People who held racist personal convictions - legislators in 1929 - died and left. But their racist policies were continued and expanded. And now, under a president who spoke more decisively than ever before about correcting the racist mistakes of our past, the government will advocate the reconstruction of racist policies.

More than anything else, this speaks to the need for the judiciary to follow Judge Du's example.

Carrillo-Lopez's public defender, Lauren Gorman, said she was "immensely happy for Mr. Carrillo-Lopez and his family."

“It took the court nearly 100 years to examine the egregious history of racism and criticize the constitutionality of the law,” Gorman said. “The decision of the court is significant, it is required by our Constitution”.

The original column is published on the website. Reuters.

'Freedom of speech is not for everyone': an immigrant was deported after participating in a film criticizing the US government

US relaxes procedures for issuing certain visas and suspension of deportation

The United States will speed up the asylum decision-making process: those who are denied will be quickly deported