Home In the U.S. At least 11 people became victims of mass protests in the USA: what is happening in the country

At least 11 people became victims of mass protests in the USA: what is happening in the country

One victim was the owner of a popular barbecue restaurant in Louisville that provided free food to the police. The other is "Mr. Indianapolis," a former star football player. Another killed was a federal officer. He was working as a security guard when the protests began. All of them are among those who died during protests in American cities due to the death of George Floyd, who was killed by a police officer in Minneapolis, writes KTLA. 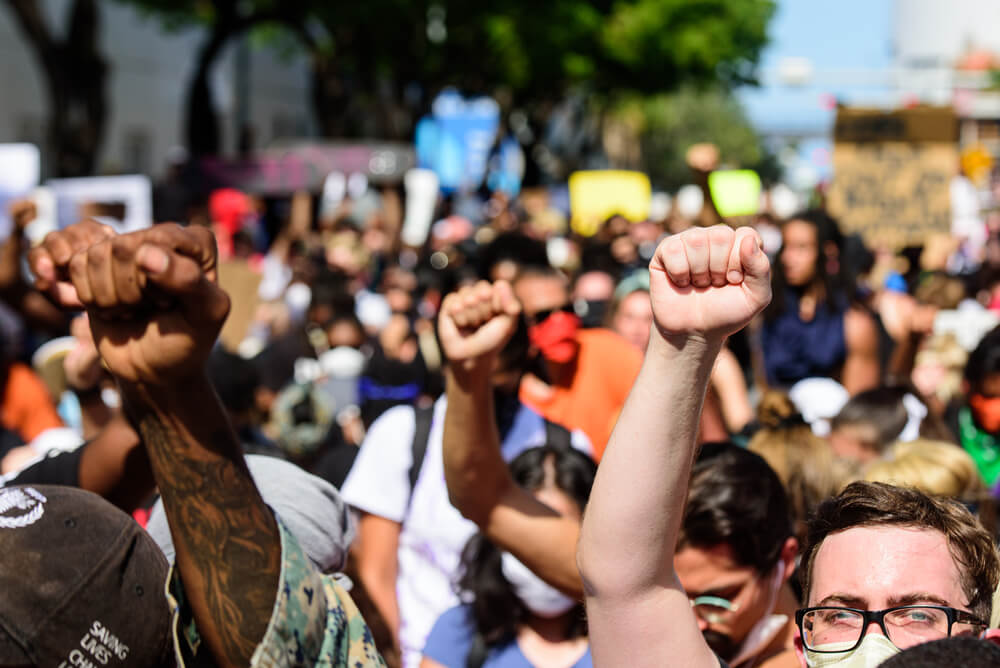 Many of those killed are African American, exacerbating the tragedy for their communities. Hundreds of others were injured in the chaos, police officers were also injured, and protesters were injured with rubber bullets. The death toll and the circumstances of the killings in many cities are still being clarified, but something has already become known.

On June 1, when police and National Guard troops tried to disperse the crowd, they heard gunshots and fired back, killing David Makati, the owner of a barbecue restaurant. The mayor fired the police chief after he found out that the officers did not turn on their body cameras. State police and the US Attorney are also conducting an investigation.

Makati was a 53-year-old African American who offered free meals to officers who went to his restaurant.

On June 2, Acting Police Chief Robert Schroeder stated that video from surveillance cameras at Makati’s office and an adjacent store show that Makati was firing a pistol when officers approached.

“This video doesn't answer all the questions. But we publish it to ensure transparency. It is unclear, including why he shot and where the police were at the time, ”said Schroeder.

The protests in Louisville took place against the backdrop of not only the murder of Floyd, but also the death of the African-American Breonne Taylor, who was killed in her house in Louisville in March. The 26-year-old woman received 8 bullets from drug detectives who knocked out her front door. She never found drugs.

On the subject: 3 facts that explain why protesters in the USA are dissatisfied: rallies against racism began in Europe

A federal law enforcement officer provided security in a federal court during a protest when he was shot from a car. 53-year-old Dave Patrick Underwood died, another officer was seriously injured.

It is unclear if the shooting from a passing car was related to the protests, although the glass doors of the federal building were smashed and the main entrance was covered in anti-police graffiti.

Underwood, who was an African American, and another officer were hired by the Department of Homeland Security. They watched the protest nearby.

No one has been arrested, and the motive for the shooting has not yet been determined. Underwood was the brother of Angela Underwood Jacobs, a newly nominated Republican candidate for the United States Congress.

On May 30 and 31, two people died, including 38-year-old Chris Beatty, a former striker on the Indiana University team. He was known as “Mr. Indianapolis” and kept in touch with the Hoosiers team long after graduation. Chris was among other things a prominent businessman in the city, managing several nightclubs.

"I have no words. The news of Chris Beatty's death is devastating, ”said coach Tom Allen. - Since I have been coaching in Indiana, Chris has been inspiring and supporting me! His passion for life and football energized me every time. ”

The circumstances of the murder were not immediately clear, but some media reported that this happened near his apartment. Beatty died that night when an 18-year-old guy was mortally wounded during protests in Indianapolis.

Police are investigating the death of Italy’s 22-year-old Kelly, who was shot dead on June 1 during a protest near the Walmart building, and the death of a man found nearby, where suspects fired on police.

The circumstances of Kelly's death are grim, but so far there have been no arrests. Kelly and her friend got into the car to leave because the protest got out of control - at that moment she was hit in the back by a bullet, said the girl's aunt Amy Hale from Kansas.

“She was always smiling, always laughing. That's why it's so sad that she didn't get in this cruel way, ”Hale said. “Italy was a bright personality.”

Authorities said an officer who was patrolling the city on May 31 was ambushed and killed in a shootout. Another policeman fired back - the suspects fled, but got into an accident and were arrested. Near the place where the officer was shot, the police found a man who was killed by the shot, he was lying near the car. Police say a gun was found under his body. The person's name was not made public.

The police said that video surveillance showed the involvement of this man and some of those arrested in the shooting near the jewelry store a few hours earlier.

On the subject: US protests: Russian and Ukrainian embassies ask immigrants to stay at home

The first murder since the start of the protests took place here - 43-year-old African American Calvin Horton Jr. was shot to death outside a pawnshop. As a result, the owner of the pawnshop was arrested. Police say they are investigating the circumstances of the killing, including those related to protests in the surrounding area. The pawnshop itself was badly damaged during the riots.

James Scarlock, a 22-year-old African-American, was killed on May 30 after, according to authorities, he fought with the owner of two bars in the city center. Video surveillance shows a group of people, including Scarlock, coming to the owner of the bar Jake Gardner. Two people pushed Gardner to the ground, and he shot into the air. Seconds later, Scarlock jumped on Gardner, who then fired a shotgun over his shoulder at Skarlock.

Authorities refused to press charges of murder, calling the shooting self-defense. But Gardner can still be charged with an offense because his permission to covertly carry weapons has expired, the police chief said.

A 21-year-old man was killed in the city center after his car was shot during a protest. According to a police report, a man was sitting in the driver's seat in a car in a parking lot with two people when an unidentified man opened fire and left the scene of the crime.

According to officials, during the June 1 riots in the city of Cicero near Chicago, two people died. Police spokeswoman Ray Hananiah did not provide details about the dead, but said that this happened during the protests.

Stole to save: in Nevada, the crime turned into a touching story

In California, protesters stole more than 70 luxury cars from a car dealership