Home In the U.S. Utah woman sells 118 liters of her breast milk to help with baby food shortage

Alyssa Chitty from Utah sold 118 liters of her own breast milk and had over three freezers of breast milk she planned to sell to needy families, reports Wionews. 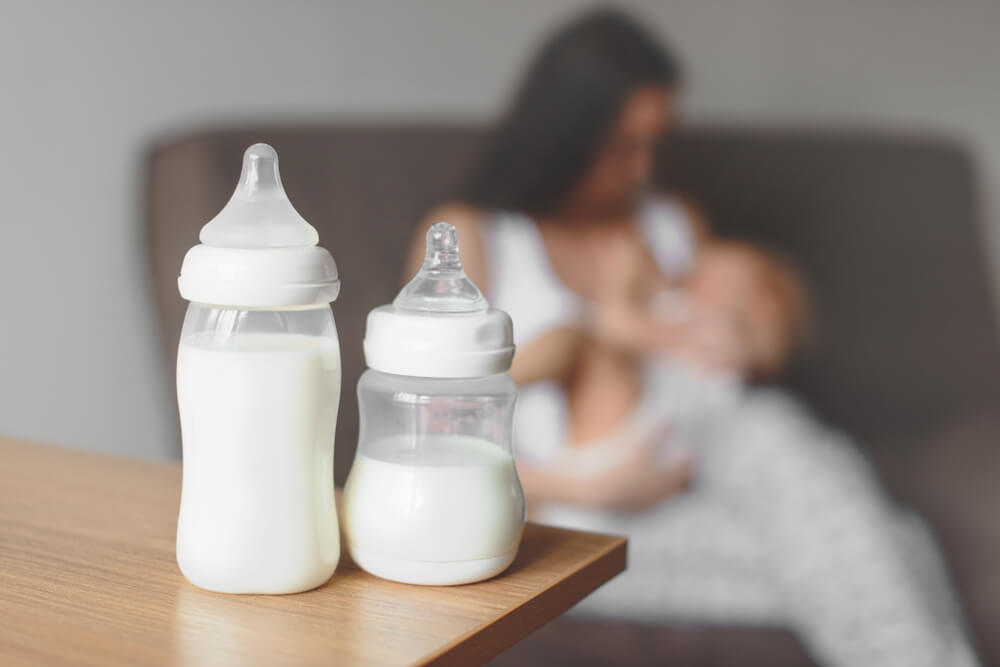 Since many parents in the US are constantly on the lookout for infant formula due to acute shortages, the woman has committed to making it easier for them to find it.

Alyssa Chitty of Utah is breastfeeding thousands of desperate parents who are struggling to feed their children.

However, she is not alone. Many mothers like Chitty are engaged in a noble cause. In an interview, she said, “I suppose I can help someone else. I know I have a lot of milk."

On the subject: Fewer Americans are willing to donate money to help immigrants, especially illegal immigrants

At first, Chitty decided to donate it to a local milk bank. However, she found it much easier to sell it online.

Mountain West Mothers Milk Bank will need more than 300 donors to meet community needs, reports Fox13. Even if hundreds of women volunteered to donate milk today, it would still take months for the bank to meet the demand, said Mary Callahan, the milk bank's clinical coordinator.

“The process of screening donors for infections and diseases takes an average of four to six weeks,” Callahan said.

The Utah mother said she was selling her breast milk for $1 an ounce, but added that she was willing to bargain given the crisis.

“I know a lot of moms need special formulas for babies with upset tummy and I know how hard it can be when they get sick. There is nothing you can do about this stomach pain,” she added.

“It made me very nervous just because my daughter had severe colic,” she said.

Buying and selling breast milk online is perfectly legal; however, it is not regulated. According to the FDA, when human milk is obtained directly from humans or over the Internet, it is unlikely that the donor has been tested for infectious diseases or risk of infection.

Mountain West Mothers' Milk Bank has shared a statement about the process the group uses to donate breast milk.

“Our goal is to make breast milk donation an easy process for anyone who chooses to give this incredible gift. We partner with over 20 sites in Utah and Southern Idaho where donors can take blood tests and donate milk. We will work directly with people who may not have access to one of our traditional sites. Other steps can be completed from home,” the bank said.

“We do not want to dissuade anyone from such assistance, no matter when they decide to start the process. The time it takes from first contact with MWMMB to first milk delivery varies greatly and we are bringing in additional staff to help with this. Once we receive the milk, we can process it and send it back to hospitals within about 10 days, the bank says. – And today we need not just donor milk, we need milk to constantly flow to MWMMB. Hospitals use pasteurized donor milk for a year. We can use donor milk for several months after it has been donated.”