Home In the U.S. A woman from California ate 32 sushi rolls at a time: she was taken to the hospital straight from the restaurant

A woman from California ate 32 sushi rolls at a time: she was taken to the hospital straight from the restaurant

Daniella Shapiro, 24, ate 85 sushi rolls at Sushi 32, an all-you-can-eat restaurant in Mountain View, California, and ended up in the hospital, reports New York Post. The woman paid $50 for unlimited access to sushi and decided to use it to the fullest. 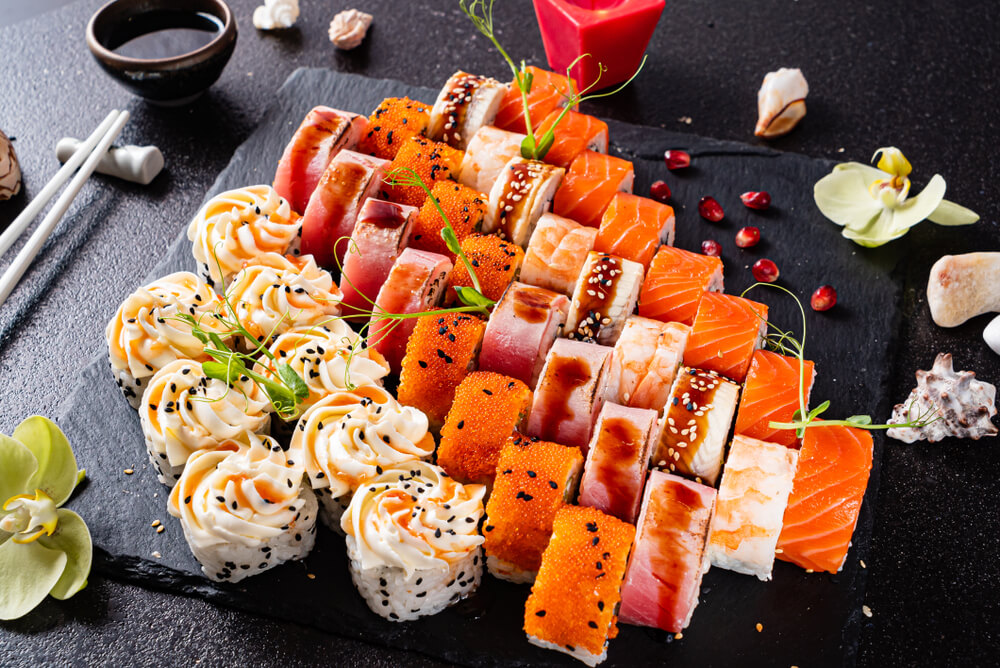 This woman from California was on a roll.

But after indulging herself, including eating 32 raw fish sushi rolls, these delicacies made her feel really bad.

After the feast, Shapiro was taken to the emergency room with severe abdominal pain. There, she was diagnosed with gastroesophageal reflux disease, commonly known as acid reflux.

Shapiro shared her experience on TikTok December 23, in which she showcases the mountains of food she ate in one sitting and the subsequent trip to the hospital that left her with IVs on her hands.

Her warning to sushi lovers has since gone viral with over 11,3 million views.

“Something went wrong in eating sushi…,” she captioned her picture.
In a video posted on December 22, she went into more detail about her experience.

“I'm a big fan of sushi. I love to eat this dish a couple of times a month if I'm lucky, Shapiro said, adding that she planned a trip to dine Japanese food with her friend. “We were both looking forward to eating unlimited sushi.”

“Our dinner lasted about two hours because we were so full that we had to take breaks,” she added.

On the subject: Residents are afraid to sit in restaurants and cannot sleep because of the noise: a city in California was captured by crows

She started with miso soup, four gyoza and jalapeno peppers. She then moved on to eight green dragon rolls, eight snow rolls, eight California rolls, eight wakame rolls, and a serving of edamame.

Shapiro then told what happened after her monstrous meal.

“Immediately after dinner, we were so full that we had to sit in my car for about 30 minutes before driving home,” she said. “My stomach was very hard because of all the sushi and probably the rice that had grown in my stomach.”

She went to her boyfriend's house to try and sleep in.

“That night I went to sleep at my boyfriend's house and I had a terrible pain in my stomach, but I did not attach any importance to this, since I ate a lot! I'm not a morning person, so when I woke up around 6 am the next day, I knew something was wrong," she said.

She added: "I had severe pain in my stomach and chest, and it was difficult for me to take deep breaths."

Her boyfriend and grandmother reportedly took her to the hospital, where she was diagnosed with acid reflux and given medication to ease the pain.

According to the Mayo Clinic, people experience acid reflux when stomach acid backs up into the esophagus. Acid reflux is extremely common and can happen to just about anyone, with about 60 million Americans experiencing symptoms of the disease, while researchers estimate that about 20% of people in the US suffer from gastroesophageal reflux disease.

After the treatment, Shapiro admitted that it took her a few days to recover and feel normal again.

Despite the negative experience she has received, she will not give up her favorite dish.

“I will definitely eat sushi again! This experience did not discourage me from eating them. I realized that next time I need to listen to my body and do everything more slowly, ”she concluded.

XNUMX Healthy Foods That Are Really Bad for Your Health