Home Page In the U.S. Sting hurts, live 20 years: a new species of poisonous spider was discovered in Florida

A scary new species of venomous spider has been discovered in Miami that looks like a "small shiny black tarantula" and can live for over 20 years. The Daily Mail. 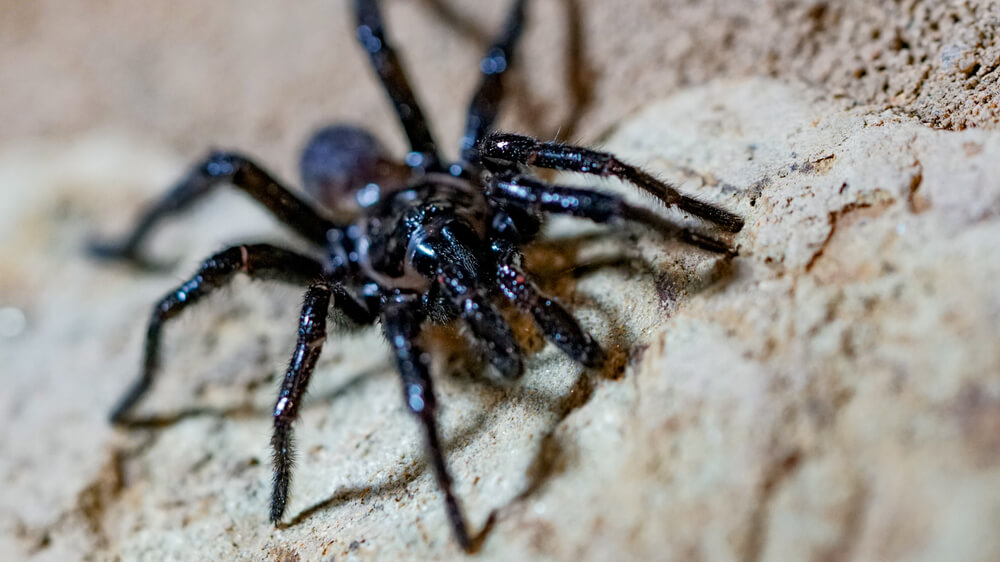 Scientists have discovered a new species of spider in Miami that looks like a "small shiny black tarantula" and has venom that causes painful stings similar to those of a bee.

The Pine Rockland spider (Ummidia richmond) was first spotted by a caretaker at the Miami Florida Zoo.

The size of the male with outstretched legs is about the size of a coin of one pound, and the female is two to three times larger.

Ummidia is a trapdoor spider, it lives in a hole with a hinged lid like a trapdoor to hide from predators and grab unlucky prey.

Spiders of this type can live in the same burrow for decades their entire life.

“It looks like a little shiny black tarantula to me,” said Frank Ridgeley, head of security at the Miami Zoo. “Such species are ambush predators - they create cobwebs in soft sandy substrate with a hinged door on the surface. They spend their entire lives in the same burrow, waiting for the prey to fall into their hatch, and then they jump out of the disguised den to grab their prey. "

Miami Zoo staff found one such specimen back in 2012 in the rocky pine forest surrounding the zoo, southwest of downtown Miami. The staff took a photo and shared it with the zoo's conservation and research department for identification, but it did not match any existing records of known species in the region.

More than two years later, another spider was discovered and sent to experts for evaluation.

Eventually, it ended up in the hands of Dr. Rebecca Godwin of Piedmont College, Georgia, who confirmed it was a previously undescribed species.

It is part of the existing genus ummidia, which is associated with tarantulas and was first described by the Swedish arachnologist Tamerlane Torell in 1875.

“I had no doubt that this was a new species,” said Godwin, the author of the article on the creature published in ZooKeys.

The female has a lifespan of over 20 years, while the male takes up to 7 years to mature before leaving his burrow to find a mate, and will soon die.

“The creatures the zoo staff met were wandering males,” Godwin said. “They have a rough carapace on the front half and a silvery gray belly with a light spot at the top. They are really very beautiful spiders. "

According to Dr. Ridgley of the Miami Zoo, spider venom is identical to a bee sting for humans, but it is still effective against spider prey - small invertebrates.

"These spiders often rely on their size and strength to subdue prey, and venom often acts to help break down and thin the insides of prey," Ridgley says. "Spiders themselves can be eaten by birds or parasitized by wasps, but the biggest threat to arachnids is loss of habitat."

“I was both delighted and worried about this discovery,” Ridgley said. "Who doesn't want to participate in the discovery of something like a new species?"

He explained that these spiders are globally endangered in their habitat. Locally, only 1,5 percent of the pine spider habitat in the cliffs has survived locally outside the Everglades National Park, according to Zoo Miami, suggesting that it may already be in danger.

“Trapdoor spiders are generally very poorly distributed and tend to have very small ranges,” Godwin said. "It is likely that this species is confined to a small endangered habitat and may subsequently be endangered itself."

In the United States found and destroyed a nest of 'killer hornets', but the insects managed to survive

While the American went to the store, a swarm of 15 thousand bees seized his car.