US states overlooking the Gulf of Mexico, June 7, faced with heavy rain caused by a tropical storm Cristobal. The storm has already led to the formation of a tornado in Florida. Forecasters predict that new tornadoes, as well as strong winds and storm surges, threaten most of the coast, writes ABC News. 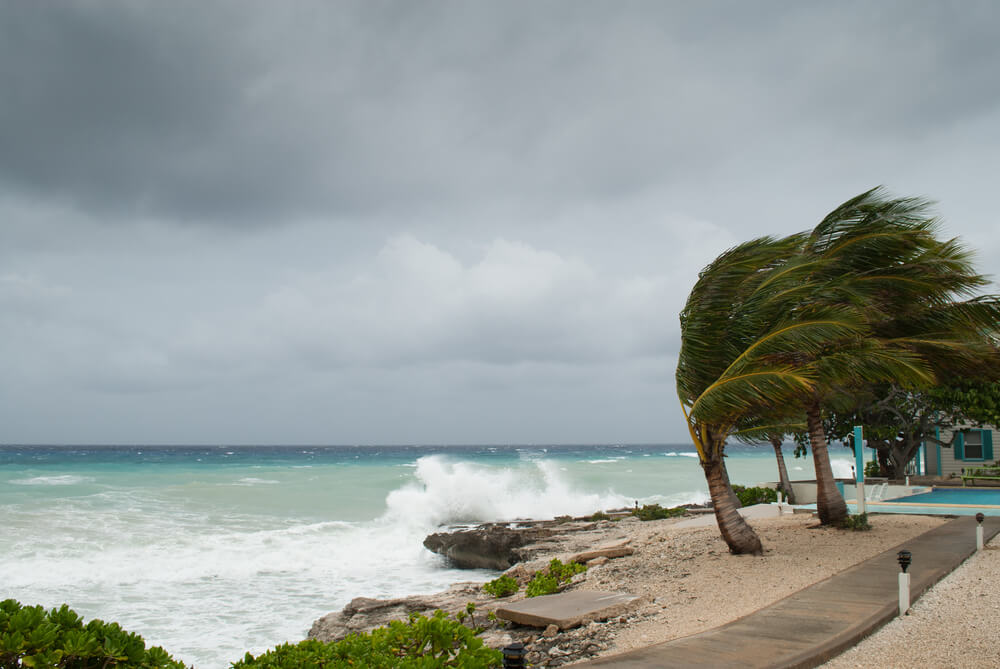 In Louisiana and Mississippi, even before the storm came ashore, roads flooded due to heavy rains, and thousands of people were left without electricity. According to forecasts, the storm should make landfall in Louisiana in the late evening of June 7.

Weather forecasters warn that bad weather will affect a vast territory stretching hundreds of miles north of Louisiana. Southeast Louisiana and southern Mississippi will be hit hardest by storms, where in some places it can rain up to 12 inches (30 cm) of rain and storm surges can reach five feet (1,5 meters).

A storm can also lead to tornadoes in parts of Alabama, Louisiana, Mississippi, and Florida.

On June 7, it rained intermittently in the famous French Quarter of New Orleans, but the streets were almost deserted, because many enterprises were closed because of the coronavirus.

Daniel Priestman went for groceries to the store. According to him, he did not see people furiously sweeping everything off the shelves, as it was before other storms. He suggested that people had already stocked up enough because of the coronavirus, and might also be “scared and stricken” with the coronavirus, recent police violence and protests.

“They seem to have come to terms with what is happening. It happens, ”he said.

On the subject: Hurricane season officially begins in the USA: what to prepare for and what to stock up on

The New Orleans Sewerage and Water Supply Board stated that the urban sewer system is limited and outdated, so residents should avoid underground passages and low-lying areas where water can accumulate due to rains and floods.

Residents of the Grand Island in Louisiana were evacuated, highways there are already flooded, most of the island is impassable.

Tropical Storm #cristobal has put much of Grand Isle, LA under water which "backed" in from Barataria Bay. The pumps that aren't submerged are up and running but it may take several days to get all of it off the streets. We're live on @weatherchannel #Flood @NWSNewOrleans pic.twitter.com/ZRqDBQlc8K

The Louisiana National Guard has trained dozens of high-altitude vehicles and rescue boats and is ready, if necessary, to immediately go to rescue operations in the southern part of the state.

In Biloxi, Mississippi, by the morning of June 7, the pier was almost flooded. The National Hurricane Center in Miami said that squalls with tropical winds reached the mouth of the Mississippi River and conditions are expected to worsen.

The strength of the wind in a Cristobal storm reaches 50 mph (85 km / h), it moves north at a speed of 5 mph (8 km / h). He had not yet reached the shore, but made himself felt on American territory as early as the evening of July 6, causing a tornado not far from the center of Orlando. The phenomenon was recorded around 19:30, injuries and injuries were not reported, but the whirlwind broke trees and led to interruptions in the power supply.

Scott Kelly, a meteorologist at the National Weather Service, said the tornado was directly related to the storm that caused changes in atmospheric pressure and suitable conditions for the formation of the vortex.

Tropical storm warnings have been issued in cities across the northern Gulf Coast, from Intracostal, Louisiana, to the border areas between Alabama and Florida.

According to weather forecasts, the center of the storm will land in Louisiana on Sunday evening or Monday morning, and then head north through Arkansas and Missouri.

Louisiana Governor John Bel Edwards declared a state of emergency to prepare for the arrival of the storm.

The authorities of Jefferson-Paris, a suburb of New Orleans, called for the voluntary evacuation of coastal residents due to the threat of storm surges, tides and heavy rains. Residents were asked to move cars, boats and campers to elevations.