Washington DC is preparing for riots. The facades of hotels, banks, shops and restaurants are sheathed with protective wood panels, and security forces have already sent additional units to guard federal buildings. Thus, the city is preparing for unrest after the presidential elections. The edition told in more detail with the BBC. 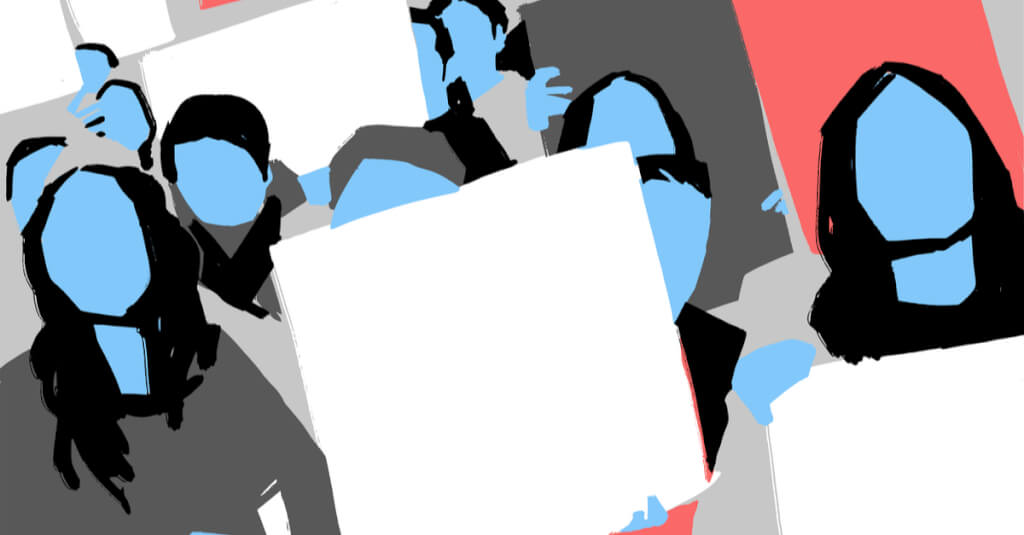 The last weekend before the presidential elections, Washington marked with a loud clatter of hammers and squeals of "Bulgarians". In front of office buildings, at the doors of hotels and restaurants in the city center, real pyramids of fresh plywood sheets have grown. Groups of workers swarmed around almost every building, wood-paneled windows and shop windows.

“We already did this in June, after the protests over the death of George Floyd,” said construction foreman Diego Diaz, who has just completed the fortifications at Jos A Bank clothing store on 19th Street.

The shop windows opposite the CVS pharmacy were packed with plywood panels in the middle of last week. Another wooden sheet with a crookedly nailed bar, which was supposed to represent a handle, closed the front doors.

“Our pharmacy was ransacked last summer during massive demonstrations,” explained manager Frank. "Now we hope that everything will go peacefully, but it's better to play it safe."

According to a poll conducted in late October by YouGov, almost 56% of Americans are confident that election day in the United States will be accompanied by mass actions and outbreaks of violence.

The authorities of several states and major cities of the country are preparing for the worst scenario in advance.

As stated by the Governor of California, Democrat Gavin Newsom, the state authorities expect that the counting of votes will be accompanied by protests, and the announcement of the voting results could lead to real clashes between supporters of the current US President Donald Trump and Democratic candidate Joe Biden.

On the subject: The Trump-Biden race could end with the presidency of Nancy Pelosi: how is it possible

“We always calculate different scenarios and prepare for them,” the governor said.

The City Hall of Chicago, Illinois, in preparation for voting day, conducted a special citywide exercise for all operational services.

“Given what has happened in the spring and summer, we do not expect events to be peaceful and are preparing for the worst,” said Chicago Mayor Laurie Lightfoot.

The US Department of Homeland Security has already sent additional special forces units to major cities in the country to guard federal buildings.

“Our units are ready to act if necessary, although so far we have no information about possible unrest,” said Department Officer Ken Cuccinelli.

Sources of the same TV company in the US administration believe that unrest can cover the largest US cities only if Donald Trump wins the elections. Federal authorities fear that after this mass actions may take place in New York, Washington and other cities where the majority of the population supports the Democrats.

At the same time, officials are confident that large-scale protests should not be expected in the event of Joe Biden's victory.

The main reason for such predictions was the statements of President Trump himself. In recent months, he has repeatedly stated that the vote will be accompanied by large-scale fraud, and urged his supporters to "come to the polls" on election day in order to prevent Democrats from "taking away his victory."

The President of the United States has consistently refused to answer the question of whether he would agree to a peaceful transfer of power in the event of a defeat in the election, and recently on his Twitter said that he considered Joe Biden's possible victory absurd and possible only if the process counting the votes for some reason the Supreme Court will intervene.

"The United States government is well prepared to get anyone who entered the White House illegally out of the White House," said a spokesman for the former vice president's headquarters.

The entrepreneurs in Washington began to calculate the possible losses from the mass actions coming after the elections a few weeks before the voting day.

“In the summer, the thugs broke glass and damaged furniture in three of my restaurants. The insurance companies still have not reimbursed the damage caused, and now I can only hope that the riots will not repeat, and the demonstrations will be peaceful, ”said Ashok Bajaj, owner of the Knightsbridge Restaurant Group.

Take a look at the storefronts boarded up in Washington DC ahead of # Election2020 pic.twitter.com/EaFVcxbW31

Although the protests against police violence that took place in all major US cities in the summer were generally peaceful, in the early days they were often accompanied by robberies. Organized groups of rioters set fire to cars, smashed shop windows and restaurants, and took out whatever they could.

The exact figures of losses have not been calculated so far. According to an employee of the Washington Institute of Insurance Information Loretta Worths, the damage from the past pogroms could range from $ 500 million to $ 900 million.

On the subject: How much does the US presidential election cost and who pays for it

“I do not exclude that insurance companies have not yet completed all the necessary documents to pay compensation for damaged or stolen property, and that as a result, the total damage could be estimated at $ 2 billion,” she suggests.

According to the Washington-based firm Service Channel, which provides construction services for various businesses in the American capital, in the last two weeks of October, 310 companies applied for the construction of protective timber structures. More than 30 firms were asked on election day, November 3, to provide them with armed guards.

Some businessmen, however, are confident that all these fears are in vain. The owner of the Grilled Cheese Bar, Bruce Clores, located just two blocks from the White House, just like his neighbors, chose to board up shop windows with sheets of plywood on the eve of the elections.

“It was a request from the owner of the building, not my initiative,” he explained. “There are protests in Washington all the time, and usually the demonstrators then come to us for coffee and a sandwich. I hope that November 3 will not be an exception, and that day we will just have a lot of clients. "

Emotionally and fun: how Trump dances at meetings with voters

Red, blue, purple: how US states are divided by political views

The Trump-Biden race could end with the presidency of Nancy Pelosi: how is it possible

Americans massively vote early: why their ballots may not be taken into account