US citizen Paul Whelan, FSB Detained on Suspicion of Spying, came to Russia for the wedding of his friend. This was told by his brother David Whelan, stating that his brother is innocent. 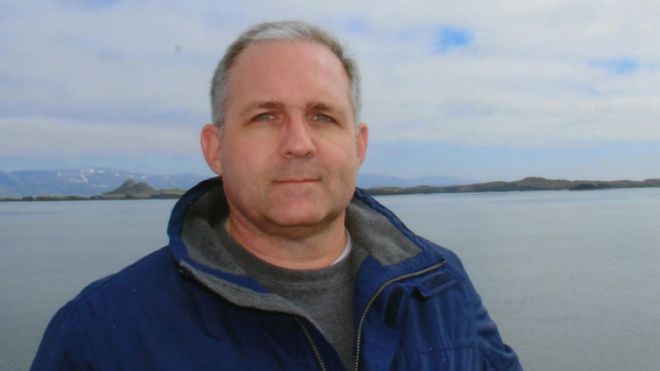 Earlier in a letter to the British Guardian, the brother of the detainee David Whelan wrote that Paul had previously served in the US Marine Corps, but then retired. According to members of his family, he came to Russia at the invitation of his friend, also a former marine, who married a Russian woman, writes Bi-bi-si.

David Whelan also notes that his brother has repeatedly visited Russia since 2007, as a tourist and as an employee of the consulting company Kelly Services, but all his visits were short-term.

A representative of Kelly Services confirmed that a man named Paul Whelan actually worked there until February 2016, Reuters reports, but so far the company cannot confirm that he is the same person who was detained in Russia.

According to David, at the moment Paul is working in the American company BorgWarner, which manufactures car parts.

Paul Whelan flew to Russia on December 22. The last time his family contacted him on December 28, on the eve of the wedding, says David. Relatives learned about his detention from the media.

“When we couldn't contact him, we got worried. We continue to worry now, but at least we know that he is alive, ”CNN quoted David Whelan.

On December 31, the FSB reported that US citizen Paul Whelan was detained on December 28 "during a spy action." A case was initiated against him under Article 276 of the Criminal Code of the Russian Federation (espionage). The maximum sentence is 20 years.

A spokesman for the US Department of State said the agency was aware of the arrest of a US citizen. The Russian Foreign Ministry, according to a State Department spokesman, notified the American side of the arrest.

Mid December in USA Trial of Russian woman Maria Butina, arrested in July 2018, took place. She was accused of criminal conspiracy to work in the United States as a foreign agent without proper registration in the Ministry of Justice.

The Russian woman pleaded guilty and made a deal with the investigation, hoping for a mitigation of punishment.

In March, Britain and a number of its Western allies expelled more 100 Russian diplomats and their families in response to the poisoning in the English city of Salisbury of the former GRU agent Sergei Skripal and his daughter.

The British government then accused the Russian authorities of poisoning their former agent with Novichok, a military nerve agent. Russia denied all charges and sent dozens of Western diplomats in response.

They took him for a spy and executed: the missing militant from the United States was found in the DPR

Snowden spoke about his current job and his relationship with the Russian authorities.

From the search for Soviet spies to interrogation of criminals: the history of the use of a lie detector in the US