Home Our people 'Forget about the great empire': Belarusians in the United States urged Putin to abandon support for Lukashenka

'Forget about the great empire': Belarusians in the United States urged Putin to abandon support for Lukashenka

At a rally outside the Russian embassy in Washington, activists asked Vladimir Putin to forget about the "great Russian empire." According to the Belarusian opposition, Putin's support for the Lukashenko regime will spoil relations between Russians and Belarusians, says "Voice of America". 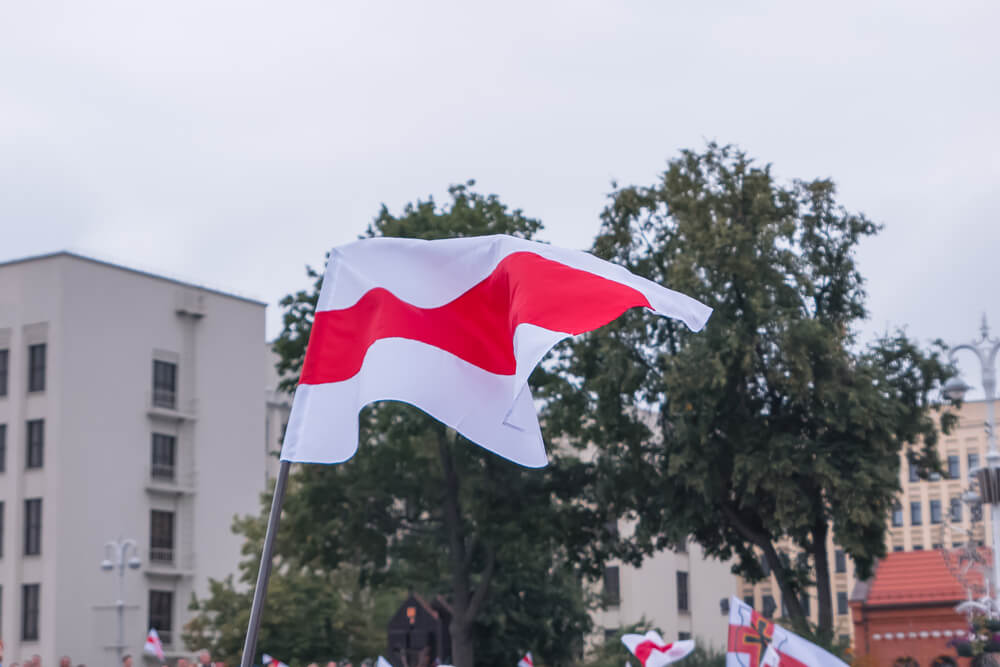 The Belarusians living in the USA held a protest rally outside the Russian Embassy in Washington. They called on the Kremlin to refuse to support the regime of Alexander Lukashenko.

“Let Russia go about its internal affairs,” says activist Olesya Syomukha, “and does not meddle in the affairs of neighboring states, in particular Belarus. I would like the Russian people to also take up the interests of the Russian state and not support this imperialist policy that Putin is pursuing by getting into the affairs of neighboring states and turning them into his buffer of geopolitical interests.

The protesters stressed that Putin's support for harshness against peaceful demonstrators and the recognition of the results of the presidential elections, which the opposition considers rigged, will spoil relations between the peoples of the two countries.

On the subject: Putin creates special squads to help Lukashenka during protests in Belarus

Americans of Belarusian origin also came to support the protest. They believe that Putin's support for the Lukashenka regime is aimed at preserving the dictatorship in Belarus.

“If he loses Belarus, his front will disappear,” activist Robin Weiss says. - His, so to speak, dream of a great Russian empire. And therefore it is very important for him what is happening in Belarus. Let's see what happens next. But I believe that the Belarusian people will make a decision themselves, a correct decision. ”

Passing cars also supported the protest, signaling their approval. The participants of the action noticed that the abbreviation BLM, popular in the USA, can also be read as Belarusian Lives Matter (“The lives of Belarusians matter”).

“During a pandemic, I cannot go to Belarus to protest,” says Daniel Dill, an activist and high school student. - We decided to protest in front of the Russian embassy against Russian support aimed at maintaining Lukashenka's power. The lives of Belarusians matter. Repression is being carried out in the country. Not only individuals, but everyone who does not support Lukashenka is under pressure.

Performance in the USA on Lukashenka's birthday

Also, American Belarusians performed a specific performance timed to coincide with the birthday of the “last dictator of Europe”.

The video focuses on the names of those who died tragically in August this year, and emphasizes the idea of ​​doomsday for criminals.

On the subject: Belarusians congratulated Lukashenka on his birthday with protests, he responded with detentions

According to the initiators of the performance, those who smeared their hands with blood and organized violence against the Belarusian people hope in vain to avoid punishment.

The performance was prepared literally in one day by the Belarusians living in New York and Miami, the recording was made in Miami.

Chain of unity in support of Belarus formed in Washington