Home In the U.S. January frosts in November: weather forecasters told which states to prepare for record cold weather

A large portion of the United States is gearing up for the start of the cold winter season, which could break records from New Mexico to New Jersey and bring more snow to parts of Michigan. Already on Monday it was so cold and slippery that at the Chicago O'Hare airport the plane left the runway. 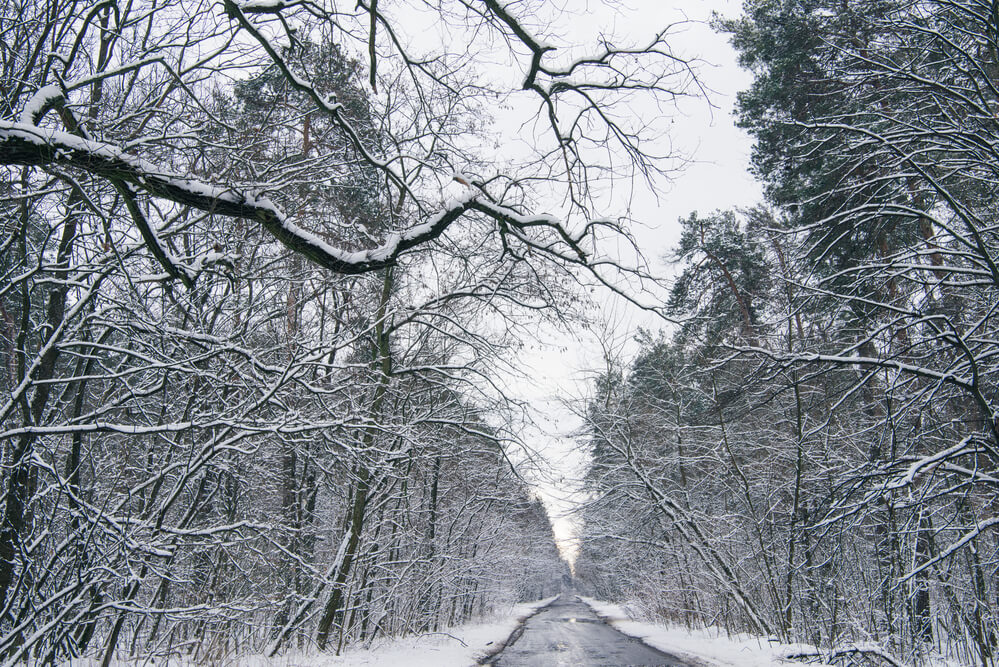 "Currently, 148 weather records are predicted - we are talking about reaching temperatures of 1 degree (almost -18 Celsius) or falling below that mark between Tuesday and Thursday this week," the National Weather Forecasting Center wrote on Sunday, citing USA Today.

Record lows are expected in the South and Midwest on Tuesday, November 12, in some areas of Texas temperatures can drop to 16 degrees (-9 C). It is predicted that in some cities in Texas and Louisiana, temperatures will reach a minimum of 40 degrees (4 C), which will break long-term records.

AccuWeather senior meteorologist Dan Pidinowski said that despite the middle of November on the calendar, temperatures will more likely resemble mid-January, spreading over most of the country, starting Monday, November 11, in the Upper Midwest and slowly gliding south and east.

"Monday will be the worst in the Upper Midwest, Wisconsin-Dakota," Pidinovski said. - Maxima up to 20 degrees (-7 С), minimums - up to single digits. "

On the subject: 170 Temperature Records: US Expects Abnormal Cooling

According to Weather Channel, high temperatures on Monday may stop at 20 degrees (-7 C) in the Midwest and around the Great Lakes. This may be the coldest Veterans Day ever recorded in Chicago and Minneapolis.

On Monday morning in Chicago, 2 to 5 inches of snow fell. The driving conditions reported by the locals were described as “treacherous,” notes Fox News.

Airlines at Chicago's O'Hara and Midway airports canceled hundreds of flights due to snowfall in the region, creating difficult travel conditions. According to officials, near 8: 00, immediately after landing at O'Hare International Airport, the plane slid off the runway.

A video of one of the passengers shows how the plane turns left, and then leaves the runway and falls into the snow.

BREAKING: @AmericanAir Flight AA4125 from @flyfrompti to @fly2ohare slides off runway in Chicago this morning. Passengers tell me everyone is OK, deplaned and on buses to terminal. Video: Joseph Lian from Greensboro. @ABC11_WTVD @ABC #ABC11 pic.twitter.com/rBwyqfVtiU

An American Airlines spokesman told Fox News that American Eagle Flight 4125, operated by Envoy Air, slipped off the runway after landing at O'Hare, a flight from Greensboro, North Carolina. According to a company representative, everything happened "because of the ice conditions."

“No injuries were reported,” a spokesman said. "All 38 passengers and 3 crew members were removed from the plane and now safely returned to the terminal."

An airport spokesman told Fox News that the incident had a “moderate impact” on all operations taking place at the airport.

According to forecasts by the Weather Service in Markett, Michigan, in some parts of Michigan on Monday it can fall up to 1 feet (more than 30 cm) of snow.

"Note that a few more inches are expected throughout the day and on Monday evenings as well as Tuesday," the weather service said.

148 daily record lows are currently forecast to be broken, tied, or come within 1 degree between Tuesday and Thursday this week. #ArcticBlast https://t.co/jnP5oP2MfY pic.twitter.com/3YqZKXnMkJ

AccuWeather warns that by Tuesday a record cold is possible in the northeast, in the Ohio Valley and in the south. People living from the Texas Panhandle area to Tulsa, Oklahoma should spend extra time on Monday on travel due to possible icing on the road.

Dallas is forecast to be 44 degrees (6 C) on Tuesday, 24 degrees below the average for that date. By Tuesday evening, the temperature will drop to 22 degrees (-5 C).

On the subject: How to help the body adapt to cold weather faster

In Brownsville, Texas, there will be a maximum of 46 degrees (8 C) on Tuesday.

By Wednesday, the coldest time temperatures drift east. From Boston to Washington, DC, residents will face record lows for this season and date.

The latest information from the National Weather Service: 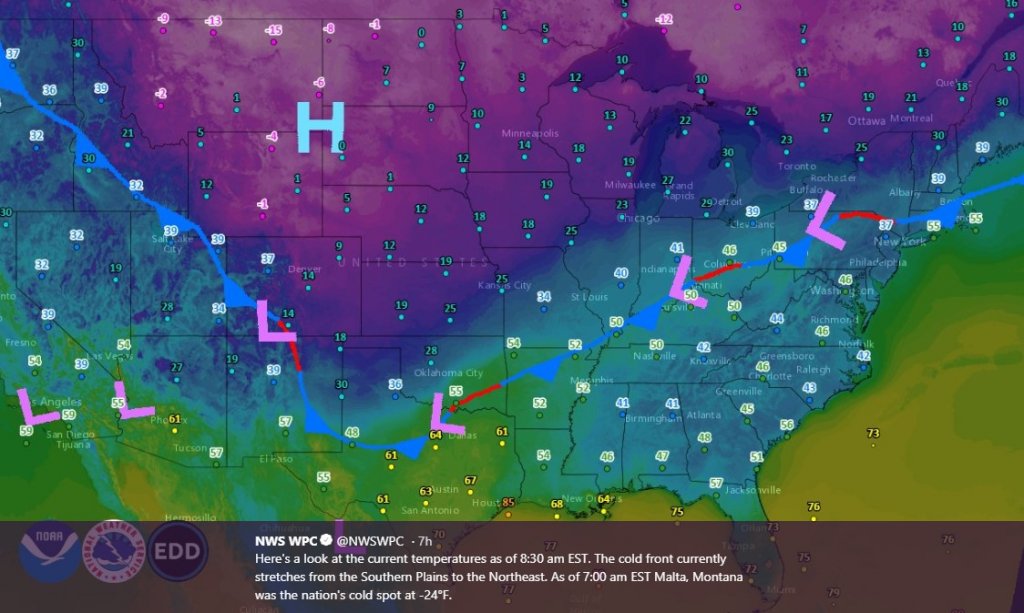 Coming is not just cold. A winter storm will pass through the southern plains earlier this week, threatening icy rain and extremely cold air.

"Temperatures will drop rapidly, starting late in the evening, and light snow is possible in the region on Monday," the Kansas City weather service wrote Sunday. "Besides that, it will just be very cold."

The cold will move deep south. In Alabama, maximums can only reach 30 degrees.

Scientists: there have been warming on Earth, but what is happening now has no analogues