The first ever nuclear weapons ban treaty entered into force

On January 22, the treaty banning nuclear weapons entered into force - the first in its existence. The world community called it a historic step to rid earthlings of the deadliest killer. The countries possessing these weapons oppose this treaty. The details were shared by the edition Yahoo! 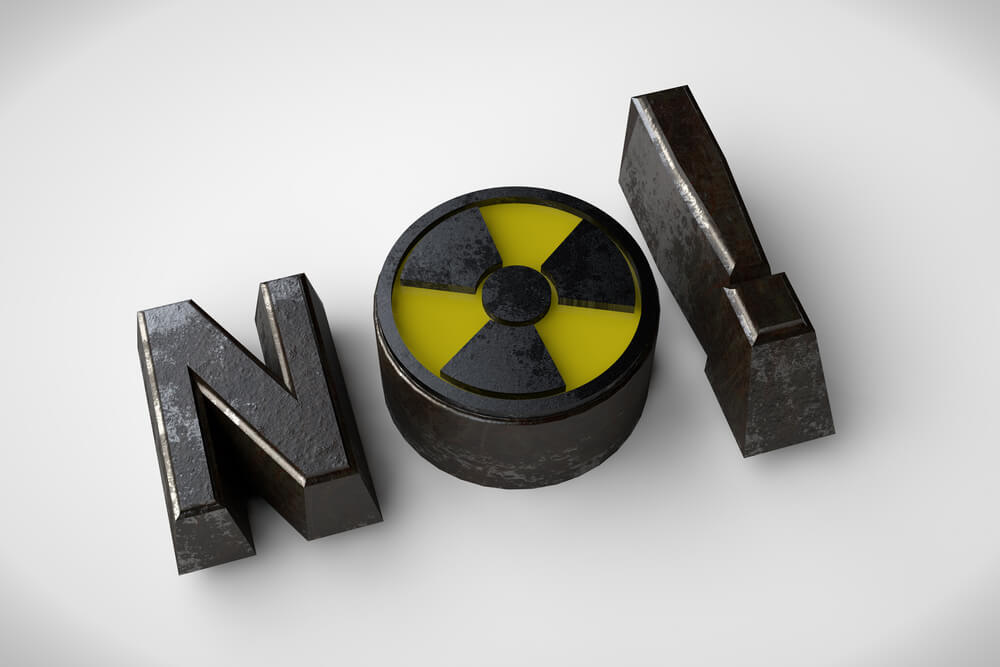 The Nuclear Weapons Ban Treaty is now part of international law, the culmination of a multi-year campaign to prevent a repeat of the American atomic bombings of Hiroshima and Nagasaki at the end of World War II. But getting all countries to ratify a treaty requiring them never to own such weapons seems impossible.

When the UN General Assembly approved it in July 2017, more than 120 countries supported the initiative. But none of the nine countries known or believed to possess nuclear weapons - the United States, Russia, Britain, China, France, India, Pakistan, North Korea and Israel - supported him, nor did the 30-nation NATO alliance. ...

Japan, the only country in the world to have suffered from nuclear attacks, also does not support the agreement, although elderly survivors of the 1945 bombings urge it to do so. Japan itself renounces the use and possession of nuclear weapons, but the government said that the implementation of the ban under the treaty is unrealistic, since nuclear and non-nuclear states have very different views on this issue.

On the subject: The account went on for minutes: how in 1995 Russia almost inflicted a nuclear strike on the USA

But Beatrice Fin, executive director of the International Campaign to End Nuclear Weapons, the 2017 Nobel Peace Prize-winning coalition whose work helped push the treaty forward, called it “a truly important day for international law, for the United Nations, and for Hiroshima survivors and Nagasaki".

On October 24, this agreement received its 50th ratification, and 22 days passed before its entry into force on January 90.

Fin said 61 countries have ratified the treaty and one more might ratify it later, so "from Friday, nuclear weapons will be banned by international law" in all of these countries.

This agreement requires that all countries that have ratified it "never, under any circumstances, develop, test, manufacture, acquire, possess or stockpile nuclear weapons or other nuclear explosive devices." The document, among other things, bans any transfer, as well as the use of nuclear weapons or nuclear explosive devices - as well as the threat of using such weapons - and requires the parties to promote the treaty to other countries.

Fin stressed that the treaty is “really very important” because it will now become a key legal instrument alongside the Geneva Conventions on the Conduct of Civilians and Soldiers in War and the Conventions on the Prohibition of Chemical and Biological Weapons and Landmines.

“Nuclear weapons are a growing danger and the world needs urgent action to ensure that they are eliminated and to prevent the catastrophic human and environmental consequences that any use could cause,” he said. "The elimination of nuclear weapons remains the top priority of the United Nations in the field of disarmament."

But not for the nuclear powers.

As the treaty approached the 50 ratifications required for its entry into force, the then-administration of President Donald Trump wrote a letter to the signatory countries. It said that they had made a "strategic mistake" and called on them to withdraw their ratification.

On the subject: Nuclear America: 10 Interesting Facts About US Nuclear Weapons

Daryl Kimball, executive director of the Arms Control Association, said the signing of the treaty was a historic step forward in efforts to free the world from nuclear weapons, and “we hope it will force the nuclear-weapon states to resume action to fulfill their obligations to complete elimination of nuclear weapons ”.

Fin said in an interview that the campaign sees strong public support for the agreement in NATO countries and growing political pressure. “We will not stop until all countries sign it,” she said.

In search of a spare planet for humanity: what is the secret of Ilona Mask's success

Strange diseases and the end of the world: how 2021 was represented in science fiction films

When and how the universe ceases to exist: scientists predict