Home In the U.S. In just two weeks, the US hurricane season set several records: what's next

The season of the Atlantic hurricanes has already set historical records - and yet it is just beginning. CNN. 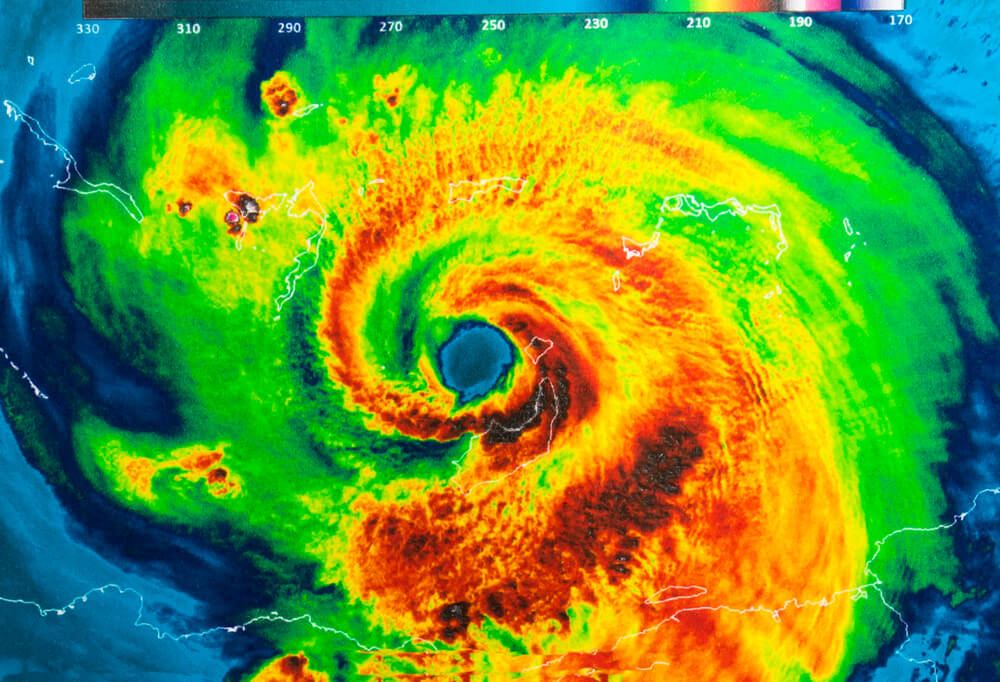 With an early start, a record number of storms with a name, and elements getting to states where tropical weather systems usually do not exist, this hurricane season began quickly and interestingly. That's what meteorologists say and what the U.S. residents are prepared for.

Three storms with a name

Prior to the official start of the season on June 1, there were already two storms named Arthur and Bertha in the United States, which in itself is impressive. Then came Cristobal, the third named storm of the season, and that's a record.

“We set a record for the earliest date for storms to form, breaking the old record in 2016,” says Phil Klotzbach, a research assistant at Colorado State University.

This means that in 2020, the earliest of the storms appeared with a name that begins with the letter “C”.

For many meteorologists, all this was not a surprise, since forecasts assumed an active season.

“We knew this hurricane season was going to be intense as every seasonal hurricane forecasting team was reporting above average activity, and we didn't have to wait long to start,” says Brandon Miller, CNN meteorologist.

Bert's storm was an insidious phenomenon that formed just an hour before going on land in South Carolina. At 9:30 a.m. on May 27, a Bert storm hit landfall east of Charleston with maximum sustained winds of 50 mph (80 km / h).

A more serious problem with Berta was the flood that the storm caused in Florida, being just a tropical flurry. Last month began in Miami at a moderate level of drought, but partly due to moisture from Berta, the city ended the month with the wettest record in May. Unfortunately, since most of the rain came in a short period of time, this caused flooding in many streets.

When you think of states that are heavily affected by hurricanes and tropical storms, Wisconsin doesn't come to mind. However, the remnants of Cristobal got to states such as Iowa and Wisconsin, which rarely see tropical systems.

Prior to Cristobal, since the start of records in Wisconsin, only three tropical systems have been recorded: Hurricane Gilbert in 1988, an unnamed hurricane in 1949 and the infamous Hurricane Galveston in 1900.

Flooding was the biggest problem because of Cristobal in states such as Florida, Louisiana, Mississippi, Alabama and Georgia, where more than half a foot (15 cm) of rain fell.

On the subject: Hurricane season officially begins in the USA: what to prepare for and what to stock up on

How about the rest of the season?

“Usually at the start of the season, we see mild tropical waves trying to 'cross the pass' and become known as tropical storms,” Miller notes. “But this year, every storm seems to have formed into a named system - will that herald a trend right up to the peak of the season? We'll have to wait and see, but historically early activity does not necessarily correlate with an active peak. ”

When forecasting for the entire hurricane season, much needs to be taken into account: sea surface temperature, the presence of El Niño / La Niña and any other climatological trends.

“Given that we are looking forward to an active season, I would imagine we will see more landings this year,” adds Klotzbach. "Of course, the big question is whether any of these hurricanes will be significant."

Klotzbach noted that historically large hurricanes most often form off the west coast of Africa, extending west to the Caribbean.

It is also important to note that some of the most active hurricane seasons did not start early. The most active season of Atlantic hurricanes recorded in 2005 did not have pre-season storms. The same goes for 2010 and 2011, also quite active seasons.