Home Incidents Gates of contention: the Texas military closed the fence to keep illegal immigrants out of the US, but the border guards reopened it

US Border Patrol (BP) agents opened a gate previously locked by Texas National Guard personnel to let illegal immigrants into the US. Writes about it Fox News. 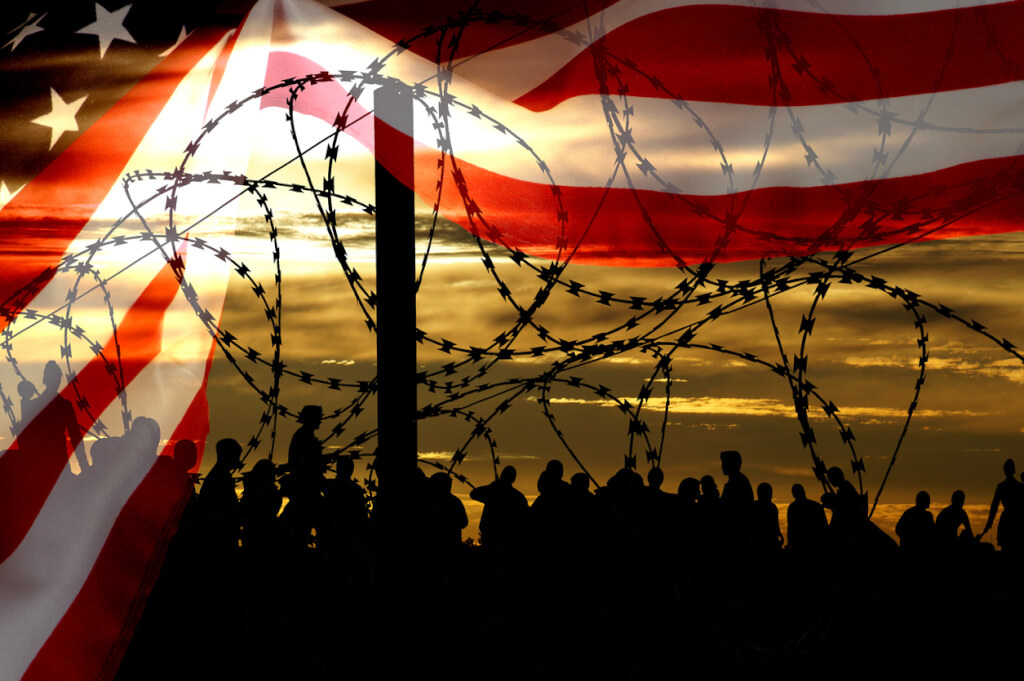 Fox News witnessed security guards closing and locking gates located on private property to deny entry to immigrants who crossed the border illegally and expected to be allowed into the US.

Illegal immigrants were then seen standing outside the gates, waiting to be let in. The Texas National Guard was watching them.

Border Patrol agents soon appeared with a key and opened the gate, allowing the immigrants to enter and register with the US immigration system.

The incident shows a sharp contrast in the approaches of the Texas authorities and the Customs and Border Protection (CBP).

Under the leadership of Texas Gov. Greg Abbott, state law enforcement headed to the border as part of Operation Lone Star.

On the subject: The majority of illegal immigrants arriving in the US have no grounds for obtaining asylum: how they cheat the system and stay in America

Meanwhile, border guard agents are increasingly forced to focus on processing applications from illegal immigrants heading inland. At the same time, they often do not try to escape from the border guards, as they are “hunting” for them so that they are quickly let into the United States.

While some are returning under the still-current Section 42 public health order (allowing for the rapid removal of immigrants at land borders due to the risk of spreading COVID-19), the majority of illegal immigrants do make it through the border and enter the US pending hearings on immigration cases, which can take years. Of the 199 border crossings in July, only 976 were prevented from entering the US under Section 74.

NEW: For the first time, we witnessed the TX National Guard close & lock a gate on private property at a major crossing area in Eagle Pass, denying entry to migrants who just crossed illegally & expected to be let in. Border Patrol then came w/ a key & let them in for processing. pic.twitter.com/S1fZaTJnEi

Some agents expressed their anger at being essentially forced to let illegals through instead of detaining them.

“I know this administration’s policies aren’t very popular with US Customs and Border Protection, but that’s the reality, and let’s see what we can do within that,” Department of Homeland Security chief Alejandro Majorcas told frustrated agents.

Republicans have heavily criticized the administration of US President Joe Biden for restoring the policy of letting illegals into the US, including ending the Donald Trump-era “stay in Mexico” policy that kept illegals in Mexico rather than letting them into the US.

Instead, the Biden administration has focused on addressing the root causes of migration, such as violence, poverty, and climate change. Biden vowed to restore legal asylum avenues.

Some of the migrants who successfully entered Texas were given the opportunity by Abbott to travel to Washington, D.C., and New York City—mayors of those cities protested the buses they had sent and appealed to the federal authorities for help criticizing Abbott. It is estimated that around 10 illegal immigrants have been sent to both cities to date.