Home In the U.S. For the first time in many years in the USA, billions of cicadas crawl out of the ground: are they dangerous

For the first time in many years in the USA, billions of cicadas crawl out of the ground: are they dangerous

Across the eastern United States and parts of the Midwest, billions of cicadas have crawled out of the ground for the first time in 17 years to take part in a noisy monthly mating ritual. Writes about it NBC News. 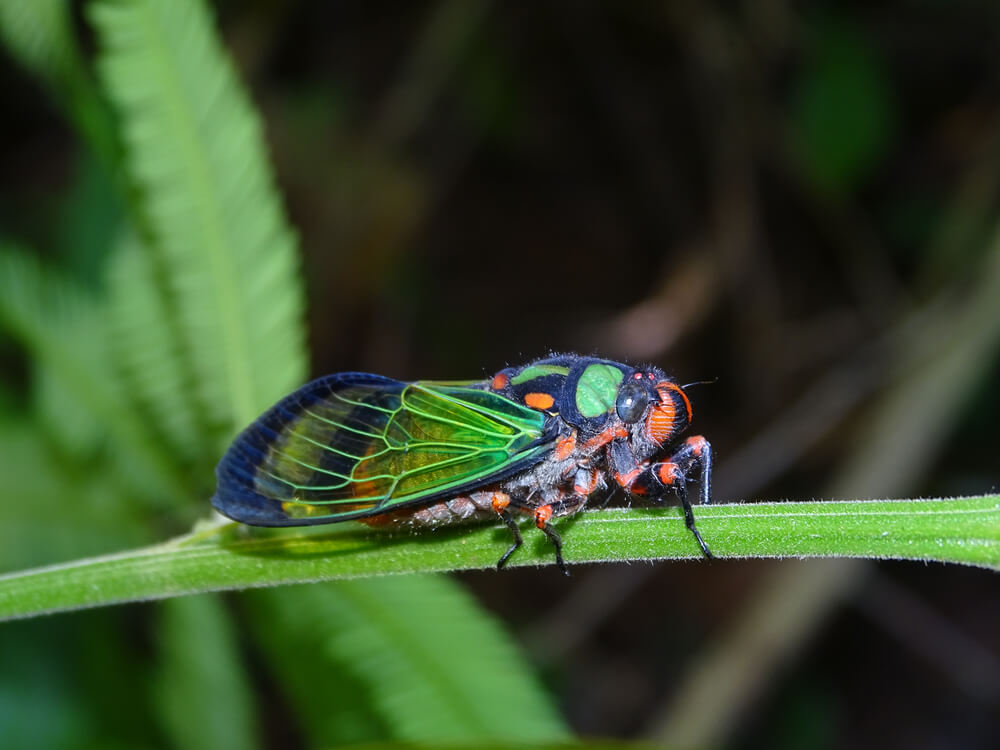 Cicadas have already been reported in several states, including Virginia, Maryland and Georgia, but given the high temperatures expected over much of the East Coast over the next few days, these hemiptera may be in large numbers.

“It's such a unique experience because they only really show up for a month or so,” said John Cooley, an entomologist at the University of Connecticut. “There may be trillions of ants around, but most of the time you don't pay any attention to them. And these are big, loud, funny and active insects, and you really can't ignore them. "

Cicadas are periodic insects that spend most of their lives underground, where they feed on tree roots. And only once every few years do they break out to the surface.

Haven't seen anything like this since 2004! I hope that when they're back in 17 more years we'll have more broadly expanded our views of what an entomologist looks like. * SPOILER ALERT: They make us in all shades! 🙋🏿🙋🏾‍♂️🙋🏽🙋🏼‍♂️🙋🏻‍♂️🙋 *#cicadas # CicadaWatch2021 #BlackInSTEM #Entomology pic.twitter.com/uH4cQdcmsi

Six species of cicadas are found in the eastern United States. This year, three species of insects have appeared that live in 17-year cycles. They are known as Brood X.

“They calculate the seasonal cycles and then wait for the evening, which is not rainy, when the soil temperature is right, and only then go out,” - he explained.

On the subject: In the United States found and destroyed a nest of 'killer hornets', but the insects managed to survive

As soon as insects break out to the surface, they shed their exoskeletons and spread their wings. Subsequently, their adult skin hardens after a few days.

After that, madness begins.

Cicadas only have a few weeks to mate and lay their eggs before they die. According to Cooley, insects emit a noisy and shrill mating song that can reach 100 decibels, which is roughly the sound of a motorcycle or a jackhammer.

The cicadas are literally dropping from trees there are so many of them. One fell from the tree on me while I was taking this video leading to quick end in my video. #maryland #NaturePhoto #Cicadas pic.twitter.com/agqxEMaVPY

But although cicadas sound and look menacing (especially their blood-red eyes), they are not dangerous to humans. The same goes for pets, which may eat discarded cicada exoskeletons.

"They are not poisonous," Cooley remarked.

Researchers like Cooley are keen to study Brood X cicadas when they are active on the surface. Scientists are particularly interested in any behavioral changes between cycles.

“There were a lot of cicadas that made a mistake and came out four years earlier, in 2017,” Cooley said. - We know these places and want to see how many cicadas appeared this time. Maybe these are areas where there were unusually many cicadas, or something strange was happening here. "

And while the appearance of billions, even trillions of noisy winged insects may scare some people, Cooley hopes people will enjoy and appreciate the experience.

“This is such an interesting and rare occurrence! - he assured. "Enjoy it and remember that it won't happen for another 17 years."

While the American went to the store, a swarm of 15 thousand bees seized his car.