Home Educational program 'Gateway to America': How Millions of Immigrants Get to the US Through Ellis Island

'Gateway to America': How Millions of Immigrants Get to the US Through Ellis Island

Sixty-five years ago, on 12 on November 1954, a Norwegian merchant sailor named Arne Petrssen was the last immigrant to cross Ellis Island. Later that month, the Ellis Island ferry finally stopped on an island in New York Harbor, and the immigration port closed forever, ending up as a gateway to the United States for generations of immigrants. 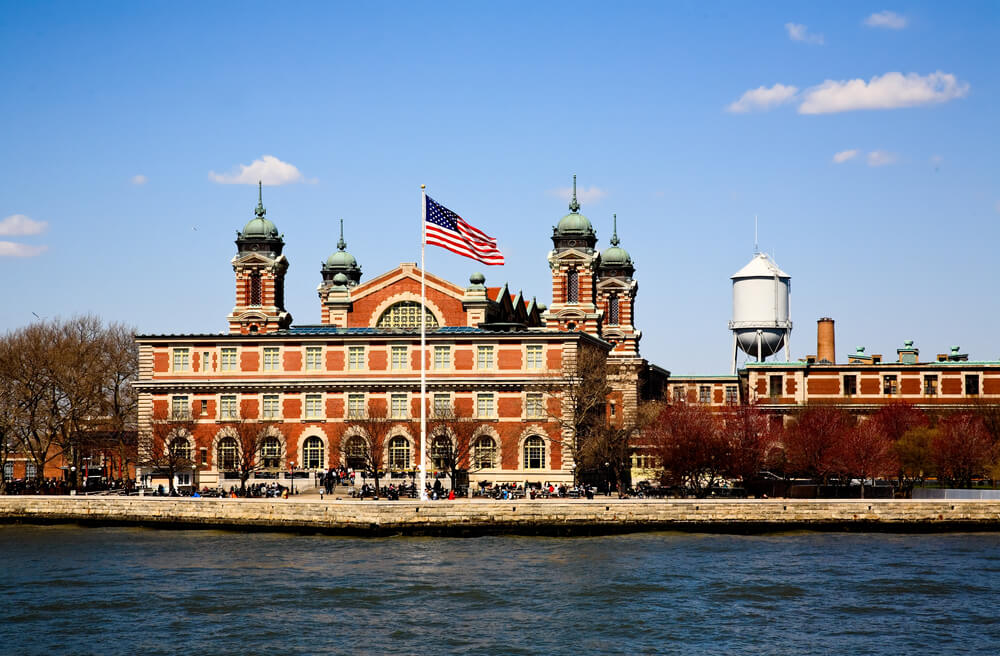 Ellis Island is a national symbol these days, but while it was in active service, the station reflected the country's difficult relationship with immigration, which went from casual openness to severe restrictions. “It was not a very welcoming place for immigrants, but it was not a place of horror either,” says Vincent Cannato, author of American Passage: The Story of Ellis Island. Writes about it National Geographic.

Until the late 19th century, individual states had their own immigration rules. But then the immigration rate skyrocketed. “From 1880 to 1889, it was massive,” says Barry Moreno, librarian and historian at the Statue of Liberty National Monument and author of the Ellis Island Encyclopedia. "Never before has the country received so many immigrants." In light of the influx, the federal government decided in 1891 that it should take over.

New York was the epicenter of immigration. According to Kannato, about 75 percent of the country's shipping traffic was in New York Harbor, as well as 75 percent of immigrants in the country. New York State operated the Castle Gardens immigration center on the outskirts of Manhattan, but the new federal immigration department wanted the check-in point to be in a more controlled place. It chose Ellis Island, a three-acre (1,21 ha) piece of land in the harbor between New York and New Jersey, but before it could open the island, it had to be doubled in size.

On the subject: Rating of America's Most Immigrant Friendly Cities

The demographics of immigration changed radically in the decades before the discovery of Ellis Island. Previously, most immigrants came from Western and Northern Europe and were predominantly Protestants, after the Civil War people began to come from Russia, Eastern Europe and Italy - and they were Jews and Catholics who fled from pogroms and poverty.

Some Americans wondered how the influx of immigrants would affect the character of the country. “These were unknown countries for many people,” says Moreno.

However, in the early decades of federal control, there were few restrictions on who could enter the country. The US government made it clear that they would not welcome anarchists, polygamists, criminals, or anyone who was sick. At the same time, however, neither visas, nor passports, nor any other documents were required, and there were no restrictions on the number of people who could enter the country.

The immigrants who eventually passed through Ellis Island began their journey by purchasing a ticket for a steamer, usually sailing from Europe. Shipping companies were advised to carefully check passengers to ensure their health and financial viability: otherwise they would be fined 100 dollars for each person who was denied entry to the United States, and had to pay for the return flight of an immigrant who was refused entry.

Ships arriving at New York harbor were greeted by a small boat from Ellis Island with immigration inspectors who were boarding, quickly inspecting first and second class passengers, many of whom were not immigrants. Passengers who did not show obvious signs of illness were allowed to go ashore when the ship docked at one of the city's piers.

On the subject: How many illegal immigrants live in the USA and what is known about them

All third-class passengers and helmsmen took the ferry to Ellis Island, where women and children stood in one line and men in another.

If the disease was detected, this person’s clothing was marked with chalk, and they were placed in the so-called “doctor’s pen”, where they would be imprisoned until they were examined more thoroughly.

After this "handle" was passed, the immigrants went upstairs, where a group of inspectors was waiting for them. Immigrants bore labels with the name of the ship they sailed on and the page number where they were listed. Inspectors screened immigrants to make sure the information in the manifesto - including their race and availability of money - matched their answers. If everything matched the immigrants were free to go.

Between 1892 and 1924, 12 millions of people successfully passed this highly efficient conveyor belt immigration system. Most immigrants passed through Ellis Island for several hours, and only 2 percent of arrivals on the island were denied entry to the United States.

On the subject: They tried to help, and now they face prison: stories of volunteers who saved immigrants

But this era of mass immigration ended with the adoption of new laws in 1921 and 1924 that severely restricted immigration, setting quotas for individual countries and requiring immigrants to obtain visas at American consulates. Quotas were developed taking into account ethnic differences recorded during earlier censuses in the USA, as a way to limit the population from southern and eastern Europe.

Since most official immigration checks are currently taking place at US consulates abroad, Ellis Island is becoming increasingly irrelevant.

Today, many immigrants arrive by plane with a visa already stamped in their passport. Meanwhile, according to one estimate, the descendants of people who arrived on Ellis Island make up almost half of all American citizens living today.

“It took humans several generations to be accepted,” says Foner. "In a way, this is an encouraging story."

They tried to help, and now they face prison: stories of volunteers who saved immigrants

2,4 Million US Armed Forces Veterans Are Immigrants or Their Children