Home In the U.S. Domestic Violence-related Homicide Increases During US Pandemic

In two large counties, according to preliminary data, the number of homicides related to domestic violence has already doubled compared to 2019 - almost all of them have occurred since the beginning of the pandemic. NBC News. 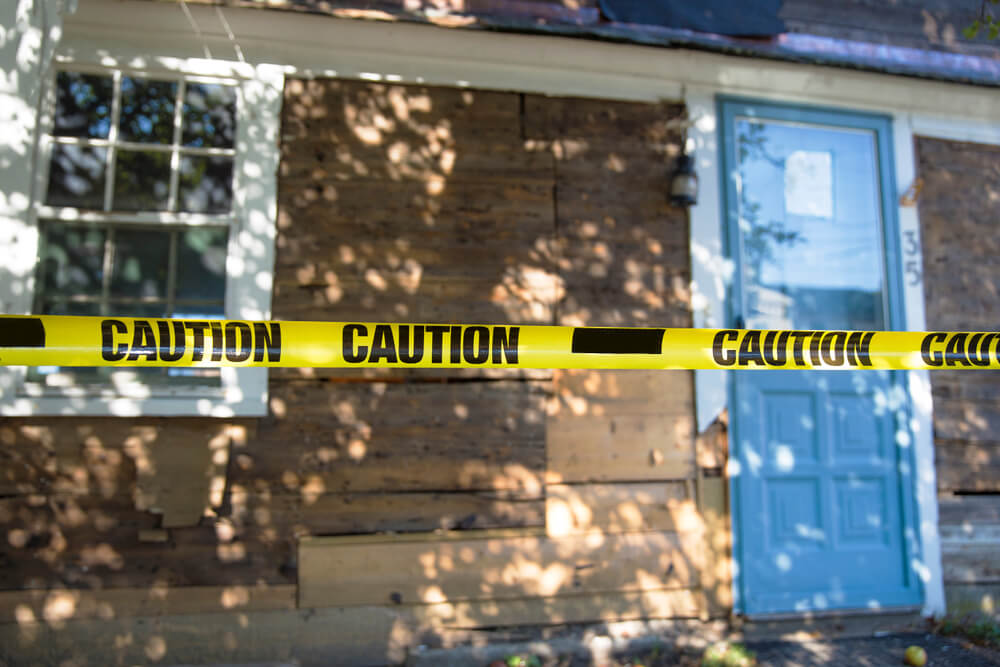 Domestic violence killings are increasingly occurring in many cities across the country. Experts have largely attributed the alarming rise to the social and economic pressures of the coronavirus pandemic. Annual national data on domestic violence-related homicides will not be released until next year, but violent crime and homicide rates in cities from Milwaukee to New York have increased this year, and some cities are already reporting skyrocketing increases in homicide-related homicides. with domestic violence.

In Memphis, Milwaukee and Jefferson County, a suburb of New Orleans, by October 13, domestic violence hit the same or higher rate than last year. In Tarrant County, Texas, the number has more than doubled.

There were 2020 domestic violence murders in Seattle in 1 (January 8 through October 14), according to the King County District Attorney's Office, which is the same as the 2018 and 2019 total. All but one of the killings occurred after the governor declared a state of emergency due to the pandemic.

“It's too early to draw conclusions about trends or give the data any statistical value when dealing with small numbers, but any rise in domestic violence-related homicides is worrying,” said Ruth Glenn, executive director of the National Coalition Against Violence in family.

“We know that domestic violence is on the rise during a pandemic,” she said. "What worries me the most is those [victims] who don't report what happened, especially at this time when the situation gets even more frightening, and calling is potentially dangerous, potentially deadly."

As the pandemic continues, domestic divisions within families become deadly across the country.

In late July, a Milwaukee man strangled and killed his girlfriend during an altercation and then put her body in a dumpster before surrendering to police a few days later. A month later, a Seattle man convicted of domestic violence got into a fight with his girlfriend on his way home after celebrating his 23rd birthday with his family. He repeatedly hit her in the face and then ran over with his car and killed her. Last month, a man in Jefferson County killed his partner in front of sheriff's deputies, who arrived after a neighbor called about a domestic altercation. The police shot him.

Domestic violence lawyers and advocates in eight cities told NBC News that the information confirms their belief that while self-isolating, victims had fewer opportunities to report abuse or seek help. The messages that come in are more violent and dangerous.

On the subject: Locked up with a tyrant: how to protect yourself from domestic violence during a pandemic

Lawyers, shelter and law enforcement officials work with victims of domestic violence. But this job has become more difficult during the pandemic. Not only do victims and attackers experience more isolation and stress, many of the ways in which victims first seek help remain severely limited.

While the toughest security restrictions have been lifted, barriers to victim access have not disappeared, lawyers and lawyers say.

“There are probably a huge number of victims who do not go to court because they don’t know what to do, maybe they are trying to do something on their own, and it’s very confusing, and they give up,” the human rights activists say.

Identifying victims of domestic violence as early as possible can be a matter of life and death. They are less likely to die after contact with lawyers, the police, or the courts, said Allenna Bangs, head of the Domestic Violence Prosecution Unit in Tarrant County, Texas.

When attackers and their victims share the same place during self-isolation, victims have fewer opportunities to call the police. Add to this lack of access to public places where signs of domestic violence are often the first to show - work, family visits, school. Bangs believes the murder rate will rise.

On April 23, police in Arlington, Texas found the body of a 65-year-old woman wrapped in a garbage bag in her home. Joseph Suddut was charged with the murder of his wife, Sue Suddut, after which he left her body to decompose for two weeks. According to the indictment, Joseph confessed to his brother that he used the cord to strangle her during an argument on April 11. Suddut is awaiting trial under house arrest after being released on bail. Tarrant County has not held a jury trial since February.

In the three years leading up to the outbreak of the pandemic, the number of domestic violence-related homicides fell, with only 8 reported last year. But the Tarrant County team can't keep up with all the potentially dangerous cases this year, said Catherine Jacob, CEO of SafeHaven, which runs the team.

On the subject: During quarantine, Americans massively buy up weapons: demand has almost doubled

With the judiciary weakened by the pandemic, as well as concerns about overcrowding and violations of due process rights, many domestic violence suspects have been released on bail. Therefore, the group focused on these high-risk individuals.

Tarrant County is not alone in tackling the surge in domestic violence. Jefferson County has seen such an increase in cases that the court increased the number of hearing days in domestic violence cases from 3 per week to 4 just to deal with all of these cases. In Quyahoga County, Ohio, since the pandemic began to avoid overcrowding in prisons, the bail paid for more cases of domestic violence has decreased.

“I guarantee you that as soon as we get out of being at home all over the country, once things are back to 'normal', we will see a dramatic jump in police use or asylum needs,” said Glenn of the National Coalition. "I am concerned about the potential capacity of the seats required for this purpose when the influx occurs."

They are dying not only from COVID-19: deaths from other diseases increased during the pandemic

In Utah, student evicted from apartment for suicidal thoughts

Forced to jump on a trampoline in the heat: 8-year-old girl died due to punishment