Home culture In Florida, car numbers were introduced for those who want to teach a lesson to visitors from other states 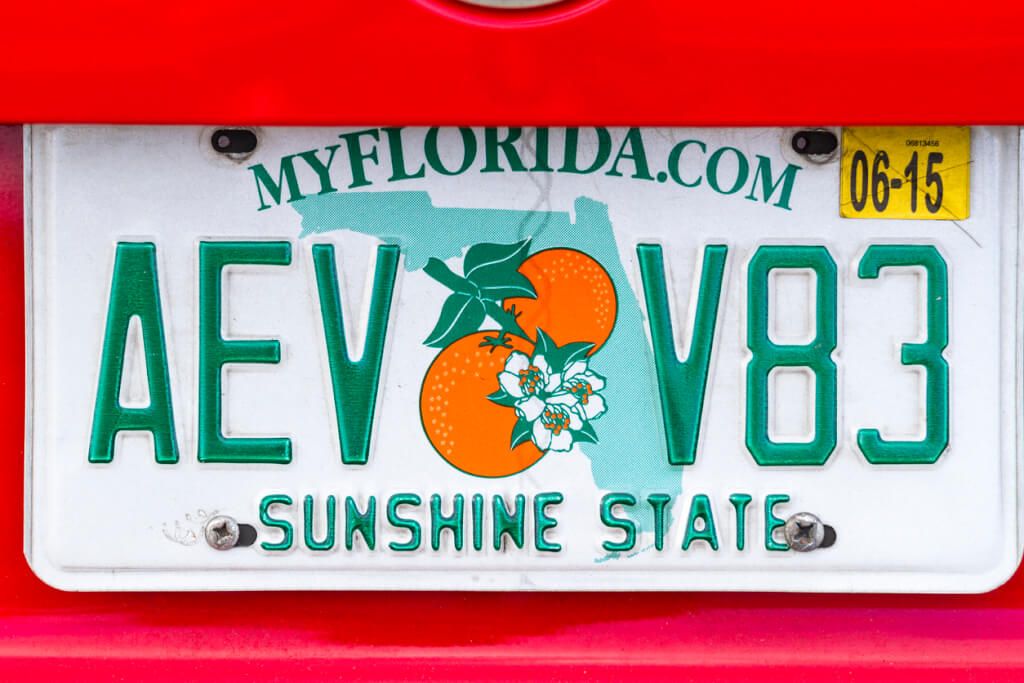 "The Free State of Florida has a new pre-order license plate that benefits the Florida Veterans Fund and sends a clear message to out-of-state vehicles: 'Don't run over me or Florida,'" DeSantis tweeted.

The free state of Florida has a new license plate for pre-order that benefits the Florida Veterans Foundation and sends a clear message to out-of-state cars, “Don't Tread on Me” or Florida.

Notably, about 20 percent of Florida's drivers don't have auto insurance, the state has the second-highest number of pedestrian fatal crashes in the nation.

A newly proposed special state license plate features a coiled rattlesnake that was first featured on the Gadsden Flag, a historic American flag flown in protest against government tyranny.

These days, this colonial-era relic has become a popular symbol for US Capitol rebels, right-wing militia groups, QAnon, and Koch-funded tax protesters.

On the subject: US recalls power tools: 9 people seriously injured

The state will spend $50 million this year to promote out-of-state tourism through the Visit Florida program.

"Originally, economists predicted that tourism in Florida would not fully recover until 2024, but quarter after quarter, despite the Biden administration's complete inability to deal with inflation and national supply chain problems, the number of visits to Florida continues to break records and defy conventional wisdom." DeSantis said in a statement.

“The Florida tourism industry is starting 2022 with incredible vigor, proving that freedom-focused politics will always win, especially in the fight against D.C. economic mismanagement,” he added.

“Unfortunately, there was a complete lack of mention in this message that the allegedly interfering federal government gave Florida $30 million in stimulus money, which the state used to boost tourism this year,” said Frank Cherabino, a journalist. – This is an understandable omission. That's because the federal government is one of DeSantis' fictional cartoon villains."

“At first, I couldn't understand why any self-respecting group of veterans would even want 'Don't Run Over Me' written on their license plates,” he says. – The trick to getting a new special license plate is that you need to get enough pre-orders from motorists before they go into production. So in this case, 3000 Florida drivers will have to pay for a new number before it becomes viable. I suspect that the real audience for the "Don't Ride Me" license plate will not be true veterans who already have better options. The new signs will appeal to the huge number of Meal Team Six commandos in Florida, as well as the average Florida hothead who is angry, armed and looking for an excuse to get back.

Florida veterans have several license plate options. The state already offers eight different license plates that are popular with military veterans. There are individual special numbers for all branches of the military - the Navy, the Marine Corps, the Ground Forces, the Air Force and the Coast Guard.