Home Page In the U.S. In Florida, a family discovered under the door of a giant alligator without two legs

A family in Florida discovered under the door of their home an almost 9-foot (2,7-meter) alligator with missing limbs, writes CNN. 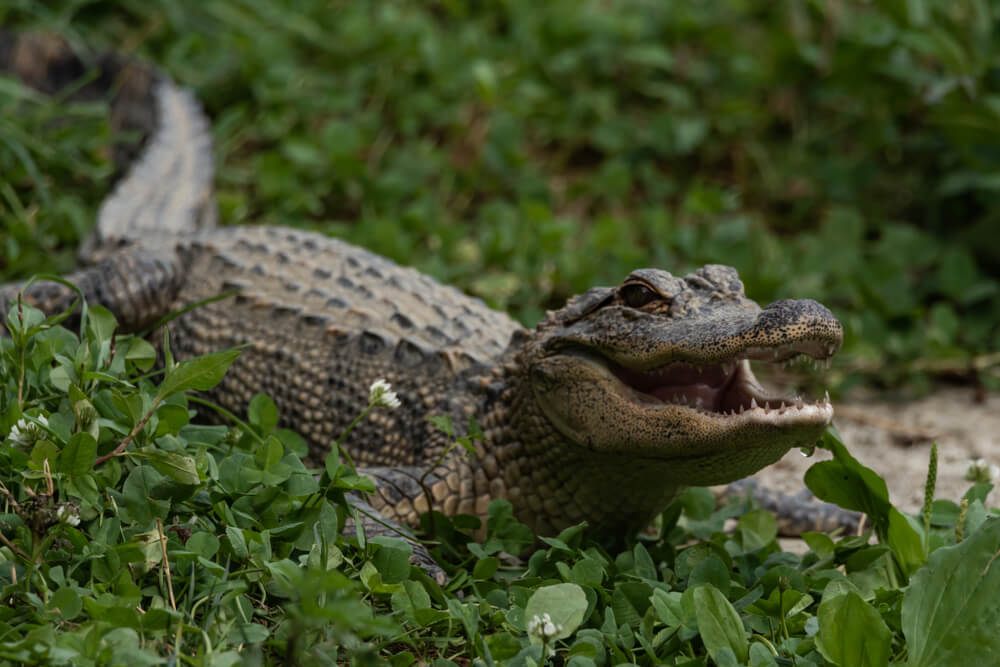 Another Florida alligator decided to give the locals a frightening surprise. On June 30, a family from Tampa opened the front door and found that the alligator was conveniently located on their doorstep and was not about to move at all.

“We received an emergency call this morning regarding the discovery of an 8-9-foot alligator,” said Croc Knox of the local reptile rescue center. - Residents said they found the alligator early in the morning, and despite their attempts to get it to move, it refused to leave. He was not too happy to be evicted from a comfortable, shady place, so he smashed everything in sight before leaving. "

Crowds of people gathered around the house to look at the alligator, which was taken away by reptile catchers Karina Sura Paner and John Paner from Croc Encounters, “before anyone gets hurt.”

On the subject: Reptiles also love comfort: a family in Florida discovered an alligator in the pool

Residents of this area have done everything possible to protect the gapeous couriers from unwanted meetings by placing warning signs “Stop place for delivery! Leave your packages here! Alligator at the front door! (Seriously)". 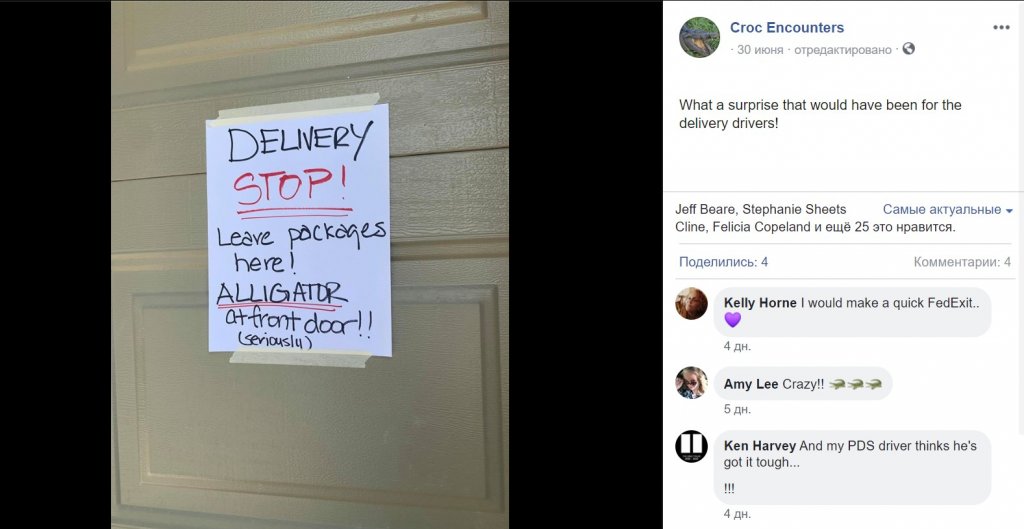 According to alligator hunters, the massive reptile was missing two limbs, which is most likely the result of a fight with another alligator. 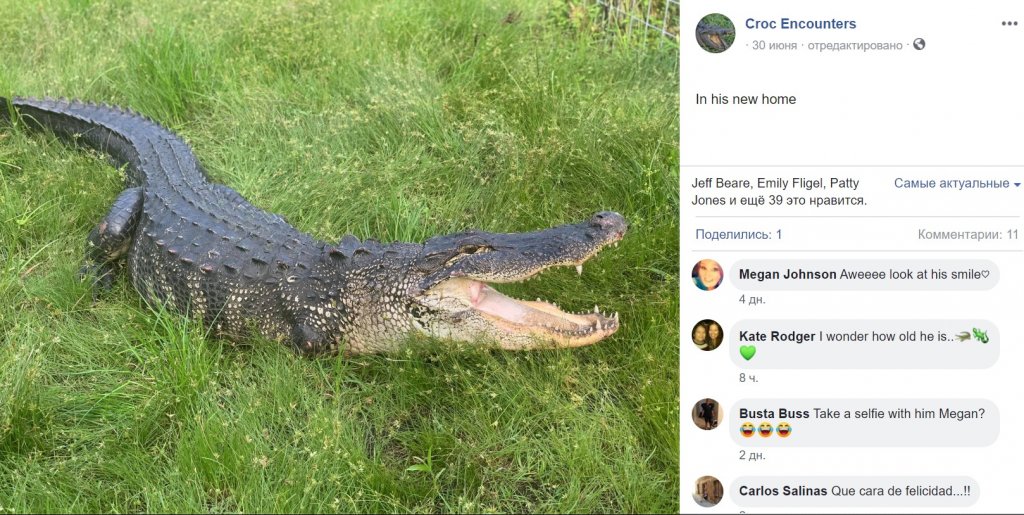 The reptile was taken away, and now it will live in safety at one of the Croc Encounters facilities.

In Florida, a three-meter alligator attacked a 14-year-old