Home Page Incidents In Florida, the rest of the collapsed building was demolished with the help of an explosion: why is it needed

In Florida, the rest of the collapsed building was demolished with the help of an explosion: why is it needed

The remainder of the Champlain Towers South, which partially collapsed on the night of June 24, was demolished on Sunday evening, July 4, and officials hope it will now be safer for rescue teams to broaden their search. Why the demolition of the remaining part of the building was done right now, the publication said CNN. 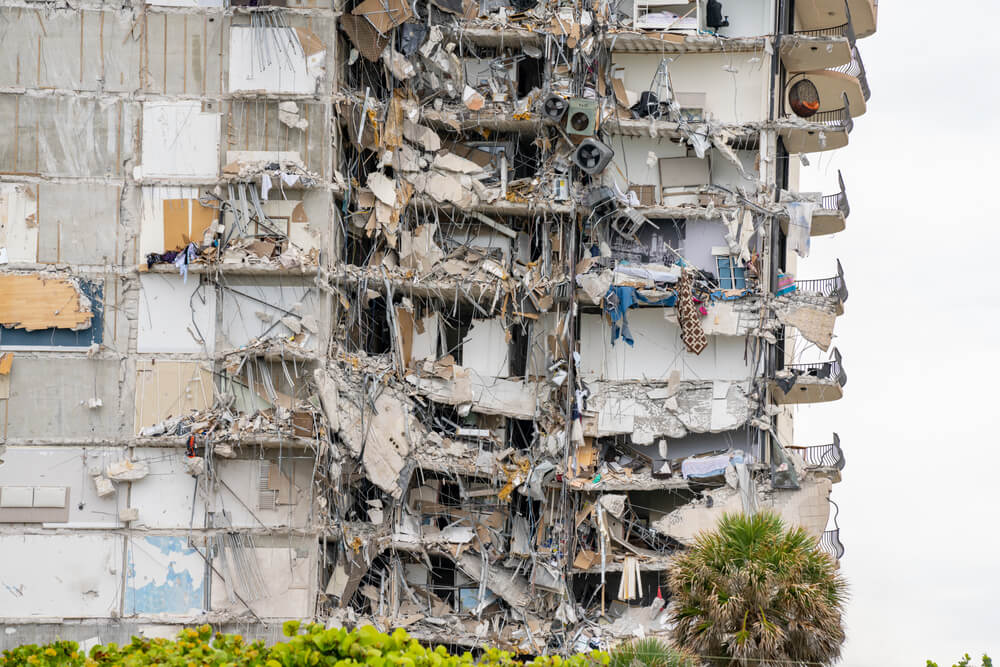 The structure was demolished at about 22:30 pm on July 4, using a method that Miami-Dade County Mayor Danielle Levine Kawa called "energy clearing", describing it as a process that "uses small, strategically placed explosives and relies on gravity to bring down a building. ".

The collapse of the building on June 24 killed at least 24 people, including children. Remains 121 people who are missing.

With the looming threat of Tropical Storm Elsa, officials and rescue teams became increasingly concerned about safety and the possible collapse of the rest of the structure.

“It looks like the approaching storm has been a blessing of sorts as it sparked the demolition discussion,” said Surfside Mayor Charles Burkett. "We want to make sure we are in control of which direction the building is going to fall in and not the hurricane, so I think it ended well for now."

Burkett said he hopes the demolition will eliminate a potentially dangerous threat to workers and possibly open up about a third of the remaining wreckage to search and rescue teams.

Search work on the partially destroyed building was suspended on Saturday, July 3, at about 16:00 pm so that engineers could secure the site and prepare for demolition.

“As soon as the building is destroyed and the site is deemed safe, we will send rescuers to resume their work immediately,” said Levine Kawa.

Residents of several buildings have been evacuated

After the collapse, residents of several buildings in the Miami area were evacuated.

On the eve of the demolition of the building, the board of the Champlain Towers East condominium proposed evacuating residents, according to a letter from the board of directors of the condominium association.

In the letter, residents were encouraged to evacuate in advance, as nearby streets would be overcrowded due to demolition. The board also asked residents to bring their pets and valuables, including passports and important documents.

“The foundations of the buildings have been checked several times. We do not expect any consequences, but in the given circumstances one cannot be too careless, ”the letter says.

On Saturday, June 3, the residents of the house were evacuated after the city inspector examined it and noted "a failure of the floor system in this block and excessive deflection of the outer wall."

Eve North Miami Beach officials evacuated Crestview Towers, stating that the building has not passed a 40-year recertification. Officials referred to the certification report and said the building was structurally and electrically unsafe.

Many residents of Champlain Towers South, whose apartments did not collapse, had to evacuate without many belongings, leaving behind clothes, valuables and family photos.

All heirlooms that could be safely obtained were documented so that "they could later be passed on to family members," he said.

58-year-old David Epstein was identified as the 24th victim to die in the collapse. His body was found on Friday, July 2, officials said.

The age of the victims ranges from 4 to 92 years.

Among the dead are 4- and 10-year-old sisters, an elderly couple and the daughter of a firefighter.

Nicole Mejias said five members of her family were in the building when it collapsed, including 7-year-old Stella Cattarossi, the daughter of a Miami firefighter.

“We just miss them, we wish that this tragedy didn’t happen, and we will always remember them,” Mejias said.

On Saturday, July 2, Florida Gov. Ron DeSantis declared a state of emergency in 15 counties, including Miami-Dade County, due to tropical storm Elsa.

Surfside is no longer part of Elsa's forecast territory, but it can still rain in the area due to the storm.

The governor expressed his support for the demolition plan ahead of Elsa and said he thinks it would be best if the building is destroyed before the storm starts.

Why the house collapsed in Miami: while rescuers are looking for survivors, engineers are putting forward versions

After the collapse of a house in Florida, cracks appeared on a nearby building