Home In the U.S. In Florida, a boy playing with an inflatable crocodile did not notice the present. VIDEO

In Florida, a boy playing with an inflatable crocodile did not notice the present. VIDEO

In the suburbs of Orlando, Florida, the alligator sneaked up on a child playing with an inflatable crocodile. 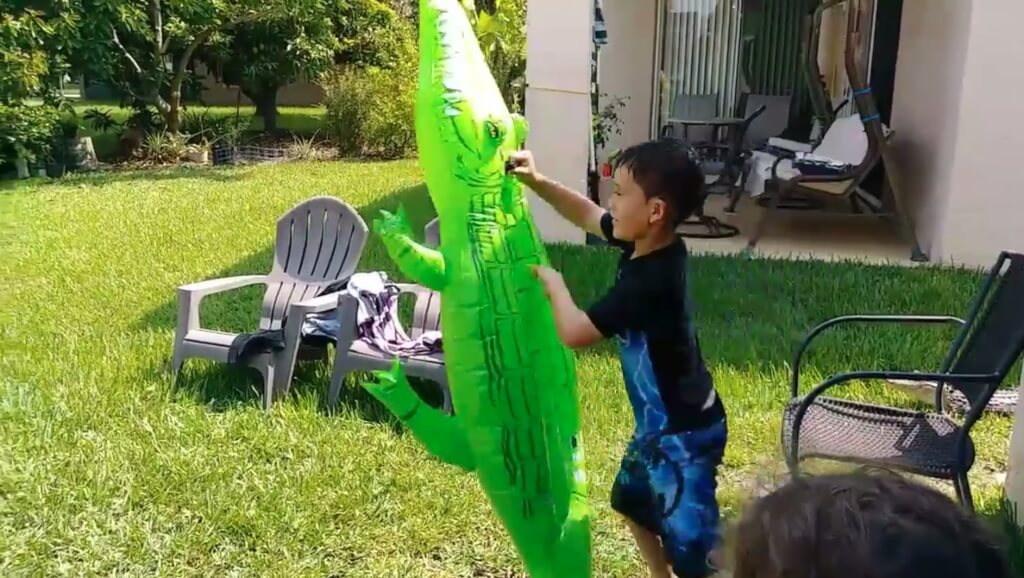 Nicole Mohica filmed a video of her six-year-old son running around the yard with a toy, writes Lenta.ru On the frames that she published in Facebook, it is clearly visible that behind the chairs near the house there is a reptile hiding. She paid attention only after the shooting. None of those present was hurt.

The woman claims that she does not allow children to go outside until she verifies that there are no alligators in the yard, but this managed to sneak up unnoticed. “Then I saw a brown chair stir. Oh my God! I didn’t expect to find one of them so close to us, she says. - They say they are afraid of people. This one was not scared. He crawled along the water lane and disappeared into the pond. ”

In May, the alligators living in Florida begin the mating season. It continues in June, after which reptiles begin to build nests. During this period, they are more active, so they are more often seen by people.

“You find them in the pools, you find them under the cars. This is the time of the year when they often move around, ”says Donnie Aldarelli, an expert in alligators from the amusement park. Gatorland.

In Florida, common Mississippi alligators also live in North and South Carolina, Georgia, Texas and Louisiana. There are instances up to 4,5 meters in length, but on average they grow to 3,4 meters with weights up to 200 kilograms.

In May, it was reported that in the American city of North Charleston, South Carolina, a three-legged crocodile settled in front of the entrance door of a private house, because of which tenants could not get into the street. “At night, the mass of alligators walks here, we just don’t see them,” explained the catcher, who came to their aid.

Top 15 most interesting places in Miami and around

15 places for a romantic weekend in America