Home Page In the U.S. In Florida, an alligator snuck into a restaurant parking lot and ran after people

In Florida, an alligator snuck into a restaurant parking lot and ran after people

Fortunately, the local authorities managed to take control of the animal. Fox News. 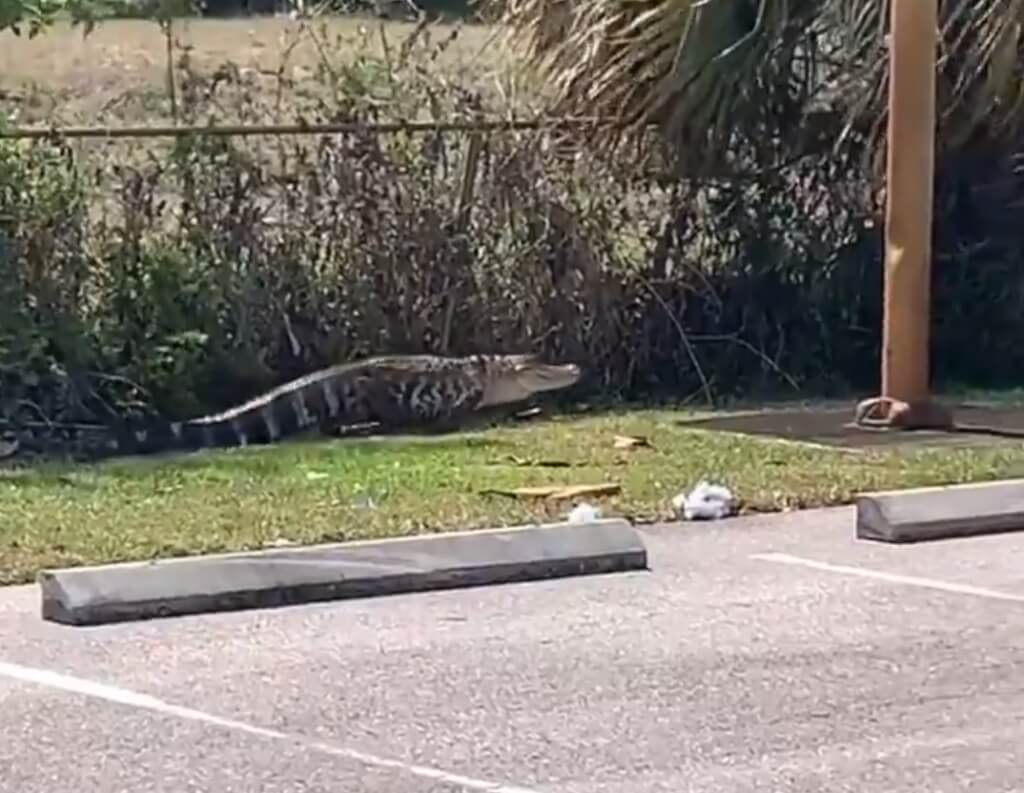 Sometimes you have to be quick to avoid being someone's food.

The alligator was reportedly stalking several people in Wendy's parking lot in Florida. Fortunately, the authorities managed to get the animal under control before anyone gets hurt.

The incident took place in Lehigh Acres, Florida. The six-foot (1,8-meter) alligator was probably just trying to move from one body of water to another when it entered the parking lot.

However, according to the local sheriff's department, the animal was chasing several pedestrians in Wendy's parking lot.

On the subject: A typical day in Texas: in Houston, a cow and an alligator block traffic on major highways

The county sheriff tweeted about the incident: “Cops answered the call after a 6-foot alligator chased pedestrians through Wendy's parking lot. Maybe he was just hangry (angry and hungry) in regards to the cheeseburger, but it scared everyone very much! We fought with him and moved him safely. "

The sheriff's Twitter account also posted several photos of the large animal, including one showing officials fighting an alligator. One police officer can be seen sitting on the alligator's back and holding the animal's mouth closed, while several other officers restrain the animal with grab bars.

The rescue team also posted footage of the alligator wandering around the parking lot, although the video does not appear to be around the animal.

The alligator was moved to a farm in Labelle, Florida, according to the New York Post.

A typical day in Texas: in Houston, a cow and an alligator block traffic on major highways

Florida resident filmed a 'dinosaur' in her yard: the network is wondering what kind of creature it is