On Tuesday, March 9, the Supreme Court dismissed a case related to the controversial rule of the Donald Trump era that made it difficult for an immigrant to obtain permanent resident status or citizenship if he used certain government benefits. CNN. 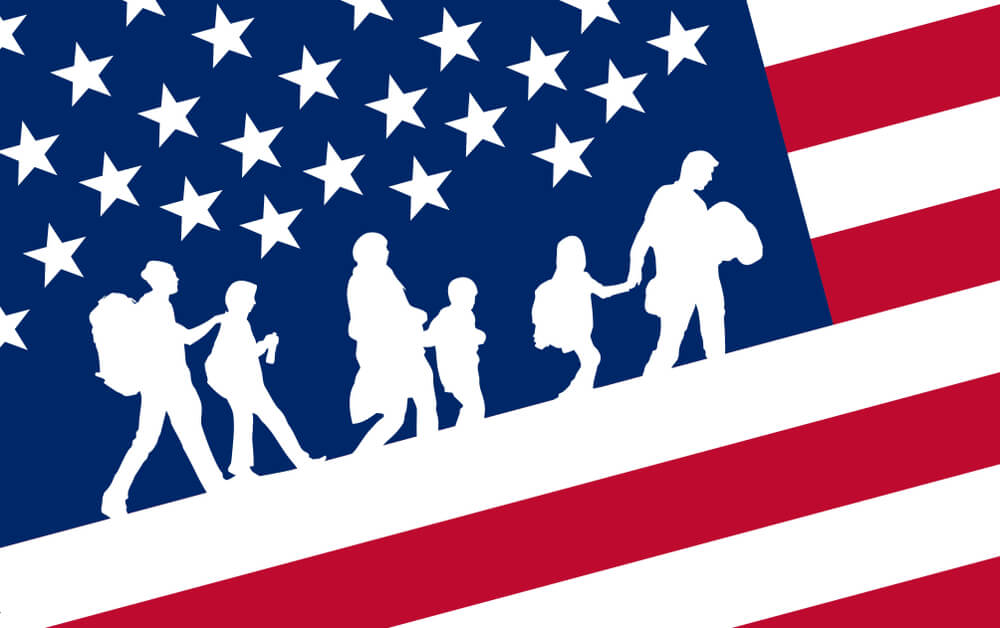 The new documentation is the latest example of the Biden administration's shift in attitude. Under 45 President Donald Trump, immigration security was a cornerstone of the agenda.

In a short letter to the court on Tuesday, March 9, Acting Solicitor General Elisabeth Prelogar informed the judges that both sides agreed that the case should be dismissed.

Susan Welber, a staff attorney for the Legal Aid Society, said in an interview that the Trump rule "will now be blocked while the Biden administration continues the process of reviewing and deciding on the new rules."

President Joe Biden ordered an immediate revision of the rule. The Legal Aid Society and other groups praised Biden's actions and said that "the Trump rule erected an invisible wall of a wealth test that discriminated against people."

“Due to the social burden rule, immigrant families live in fear of having to enjoy basic benefits such as health care, even though they work on the front lines or are among those most affected by COVID-19,” the statement said. ...

On the subject: Illegal immigrant hid from deportation in the church for three years: now she changed her mind about being expelled from the country

Official statement from the head of DHS

The head of the Department of Homeland Security (DHS) Alejandro Mallorcas announced that the government will no longer defend the “public burden” rule in the 2019 version because “it is not in the public interest and is inefficiently using limited government resources,” the official website says. DHS.

“The rule was not in line with our country's values ​​and punished people for accessing health benefits and other affordable public services,” Mallorcas said. "In line with the President's vision, we will continue to implement reforms that improve our legal immigration system."

President Biden's Executive Order Restoring Faith in Legal US Immigration Systems and Strengthening Integration and Involvement Measures for New Americans called for an immediate review of agency actions regarding the application of the “social burden” rule.

As indicated in the DHS court statement, governments no longer protect this rule, the Department of Justice is no longer conducting an appellate review of judgments overturning or enforcing the 2019 rule.

The essence of the "public burden" rule

The Trump Rule was issued in 2019 and was in effect in most states across the country. He used a "public burden" clause that goes back at least to the Immigration Act of 1882. Federal lawmakers at the time wanted to make sure the immigrants could take care of themselves and not end up being a burden to society. But it was canceled long before Trump was wounded, and the 45th president brought the idea back again.

This rule, in Trump's version, could serve as a reason for refusing both immigrant and nonimmigrant visas due to the immigrant's alleged inability to support himself in the United States and the potential threat that he could benefit from social assistance and benefits in America. Trump in 2019 expanded the concept of "social burden" to include those immigrants who "could potentially use any benefits."

Now the expanded requirements imposed by Trump have been canceled. And the rule of “social burden” itself was again narrowed down to the version adopted in 1996. It now covers individuals who are “primarily dependent” on government assistance, which means that such assistance provides a person with more than half of the income. In addition, only cash benefits, such as temporary assistance for needy families or supplemental social security income, are now counted, not the Food Stamp Benefits and Medical Benefits that the Trump administration took into account.