Home At home US authorities sue Snowden over publication of memoirs

US authorities sue Snowden over publication of memoirs

The United States authorities have filed a lawsuit against the former employee of the US Central Intelligence Agency (CIA) and the National Security Agency (NSA) Edward Snowden. According to a statement released on Tuesday by the US Department of Justice press service, Snowden's memoir Permanent Record violates the non-disclosure agreements he signed while working for the US intelligence services. 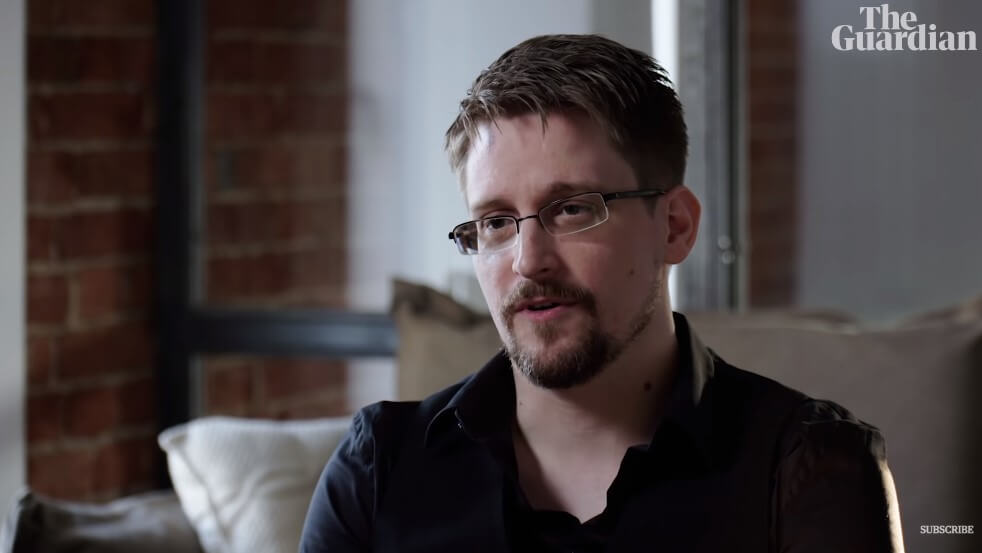 "Edward Snowden violated the commitments he made to the United States when he signed agreements as part of his work for the CIA and as an NSA employee," Assistant Attorney General Jody Hunt said in a statement. Newsru.com.

According to the Department of Justice, the lawsuit was filed in the court of the Eastern District of Virginia. In addition to Snowden, the defendants in the lawsuit are the structures that published his memoirs.

“Intelligence is there to help strengthen national security, not enrich itself,” said Virginia Eastern District Attorney Zachary Terwilliger. It is his office that deals with this case together with the staff of the Department of Justice.

The US Department of Justice noted that they did not intend to stop the distribution of the book, writes Interfax.

Sales of the memoir of Snowden, who organized the leak of classified information of the American intelligence services in 2013, begin on Tuesday in many countries around the world. The book, called Permanent Record, which can be translated as “Personal File,” is available in over 20 countries, including the US and UK.

Former NSA officer Edward Snowden believes that his life has not undergone too radical changes after moving to Russia. He said this on Tuesday during a teleconference on the occasion of the publication of his memoirs. It was broadcast on the website of the German publication Zeit Online.

On the subject: Edward Snowden is ready to return to the United States, but on one condition

“I live a normal life,” he said. “I spend a lot of time in a room with a computer, but at the same time I go for walks in the park with my wife and go to restaurants.” According to Snowden, his life "has not undergone too radical changes compared to what it could be in New York or Tokyo."

“My life is in the field of communications”. - he added, stressing that it is important for him to have access to the Internet.

Snowden noted that he was quietly moving around Moscow, not trying to hide his face, as before, as well as going to galleries, to ballet, meeting friends in cafes and restaurants. In addition, a former NSA official said that two years ago he married his girlfriend Lindsay Mills.

Edward Snowden believes that among all European states, only Russia has a foreign policy that is independent enough to grant him asylum.

“I think it is interesting, a little sad and very instructive that in all of Europe, apparently, there is only one country whose foreign policy is sufficiently independent for the American whistleblower to be heard,” said Snowden. He stressed that “providing safe haven for whistleblowers should not be seen as hostile.”

Snowden expressed bewilderment at the fact that "in all of Europe, among the longtime allies and friends of the United States, there are no other countries" that would express their readiness to provide refuge to whistleblowers. According to him, in these states they fear that the US intelligence services may take some kind of retaliatory measures, including restricting the provision of information.

The ex-NSA official drew attention to the fact that he regularly criticizes the Russian authorities. This, as Snowden repeatedly emphasized, is evidence that he does not work for Moscow.

On the subject: Scandals and failures of Russian and American intelligence in the days of the "new cold war"

Snowden admitted that he had to choose between keeping state secrets and adhering to constitutional principles.

“It was not the CIA or the US government that I swore, but I swore an oath to abide by the US Constitution,” he said. "This is the main conflict: whether to comply with a nondisclosure agreement when the government violates the constitution."

He emphasized that he did not believe in a fair trial of his case in the United States.

“There can be no fair trial because I have been charged under the strict offenses law,” he explained. “This means that in the course of the trial, the issue of the reasons for the actions cannot be discussed, regardless of whether these actions were beneficial to society or not. There can be no fair trial if it is impossible to explain the reasons for their actions ”.

Snowden's revelations in 2013 caused a diplomatic scandal when it turned out that the US NSA was listening to 35 phone calls of heads of various states, including German Chancellor Angela Merkel.

In his homeland, Snowden was charged with espionage and theft of state property. He fled from the United States to Hong Kong, and then to Russia, where he received temporary asylum and a residence permit.

Edward Snowden is ready to return to the United States, but on one condition

Snowden spoke about his current job and his relationship with the Russian authorities.

'The result of drinking problems and depression': an American officer wanted to transfer US military secrets to Russia