Russian satirist and publicist Viktor Shenderovich announced that he decided to leave Russia because of the threat of prosecution in the libel case. An application with a request to initiate a criminal case against Shenderovich was recently filed with the Moscow police by Evgenia Prigozhin's Concord company, reports BBC. 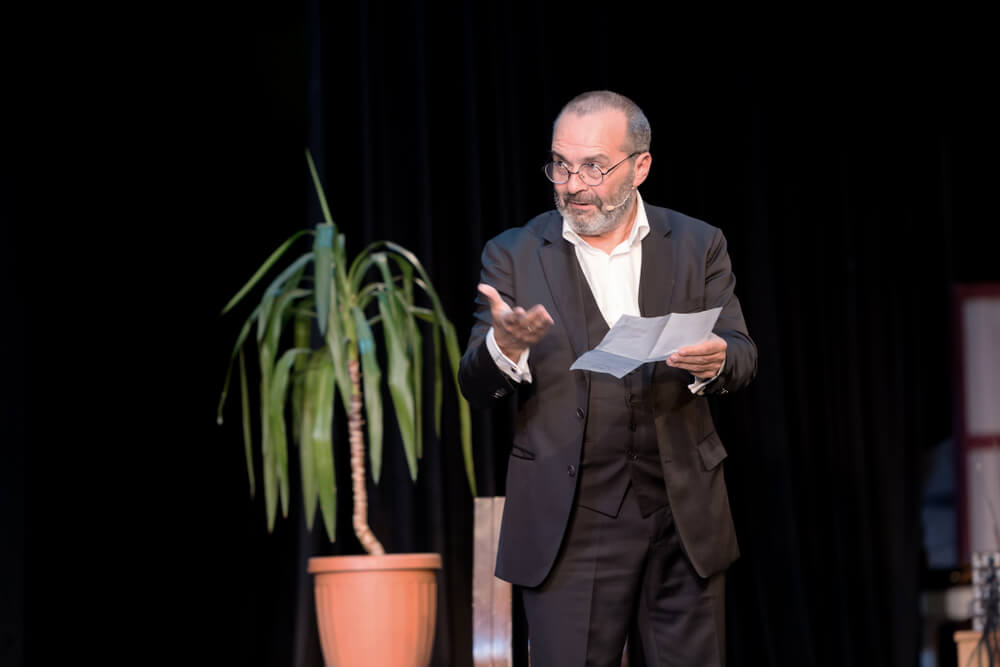 Prigogine is a businessman close to Vladimir Putin, his name is associated with the private military company Wagner and the expansion of Russia's activity in Africa. At the same time, the businessman himself denies any connections with the Wagnerites.

Shenderovich explained in Facebook, which fears not so much possible imprisonment (according to Russian law, the term under this article can be up to five years), as pre-trial measures.

“But from personal participation in the criminal case, which shines for me according to the statement of the“ Kremlin chef ”Prigozhin, I, perhaps, will refrain, and just out of common sense. There is no dispute here that requires a new court instance, just as there is (for a long time) no court here. The “victim” openly declared his desire to shut my mouth, and at the same time to intimidate everyone who is not satisfied with the bloody, thieves and unpunished trail that follows his name. Realizing that the journalists could not be stopped by fines, the "Kremlin chef" switched to blackmail with criminal articles, "Shenderovich writes.

“For me, the dramatic change in the landscape here is not so much in a hypothetical time frame (before it I would have at least some time at my disposal), but in pre-trial measures. Alas, Art. 128.1 of the Criminal Code of the Russian Federation provides for the restriction of freedom during the investigation, and for some reason I have no particular reason to doubt that this rule can be applied, ”he adds.

“I decided to wait outside,” he continues. “Perhaps someone will be upset by my unwillingness to prove the axiom of Putin’s justice with the rest of my life - in my opinion, this case has long been empty and unnecessary.”

On the subject: Mine yours does not understand or does not want to understand: how the talks between Russia and the United States ended in Geneva

He explains the reasons for his departure as follows: “As long as this Prigozhin is here as an elite, therefore, I will continue to perform the function of a foreign agent - outside my homeland, but without a muzzle. So it will be more pleasant for me, and it will be more fun for you. "

“Of course, leaving is exactly what the Kremlin has been hinting at for twenty years without endless and demonstrative criminality against me. Home penetration, surveillance, telephone hooliganism, defamation, invasion of privacy, direct threats to life itself ... I didn’t wait for a reply to any of my statements to the police: this is how Putin’s Russia pointed to my place at the domestic bucket. Now, without any metaphors, we are talking about the prospect of imprisonment. However, the forced departure from the homeland is also imprisonment, of course, ”he says.

At the same time, Shenderovich promises to remain on the air of Echo of Moscow, as well as TV Dozhd and RTVI.

The writer had plans.

“At the beginning of 2022, I had a lot of different things planned for me: a literary evening in Moscow, and filming a new YouTube project in St. Petersburg, and Amateur Readings in the same place ... Alas. We will not further make God laugh with our plans - maybe someday all this will happen, but apparently not before the law enforcement agencies again begin to catch E.V. Prigogine, born in 1961, previously convicted (one of us two is clearly a danger to society), ”he writes on Facebook.

The writer does not comment on where he went, but it is known that Viktor Shenderovich received Israeli citizenship.

Prigozhin accuses Shenderovich of libel because of his statements in the "Minority Opinion" program on the radio station "Echo of Moscow".

At the end of December last year, the Primorsky District Court of St. Petersburg recovered $ 1300 from Prigozhin's claim from Shenderovich and about $ 13 from Ekho Moskvy. The editor-in-chief of the radio station, Alexei Venediktov, told RBC that Echo intends to appeal this decision as unlawful.

On December 30, Prigozhin's company "Concord" announced on its Telegram channel that it had filed an application to initiate a criminal case against Shenderovich under the article on libel.

“We draw your attention to the fact that all journalists who allow themselves rude, cynical and inaccurate statements in the direction of Yevgeny Viktorovich Prigozhin will be prosecuted not only financially, but also criminally,” write the Concord lawyers.

Shenderovich does not complain, but considers his situation not the worst option.

“Complaining about my situation is stupid: I am not the first and I will not be the last, not to mention the fate of Nemtsov, the fate of Mokhnatkin, Navalny, Dmitriev, hundreds of other political prisoners. Not to mention what Russia is doing in the wars and interventions unleashed by it ... For all my faults before the administration of the village of Gadyukino, they just hung a shameful brand and finally kicked out, pick up, hello, threatening to land - sweet, kind, tolerant people, ”he writes.

On the same day that this statement was made public, the Russian Ministry of Justice included Shenderovich in the register of mass media - “foreign agents”.

On December 13, the European Union imposed sanctions on four legal entities and eight individuals, which, as Brussels believes, are associated with the “Wagner Group”. Western countries believe the Kremlin is using this group of mercenaries, which has close financial ties to Prigozhin, as leverage in international conflicts.

A year ago, Brussels also imposed personal sanctions against Prigozhin, who is often called “Putin's chef” in the press for his close ties with the Kremlin and friendship with the president.

Yevgeny Prigozhin has repeatedly stressed that he has no ties with Wagner. The Kremlin says mercenary activity is prohibited by Russian law and refuses to have any ties to the "Wagner group."

Lettuce contaminated with Listeria is recalled in the United States: it was sold in popular retail chains

The Crimean woman was not allowed to enter the United States to participate in the Mrs. World competition: she claims that before that the organizers allowed her to present the peninsula there.