An apocalyptic orange sky covered San Francisco due to smoke from wildfires across California. The 24-second video shows what it was like to take off from the city and climb into a thick layer of smoke. Writes about it PetaPixel. 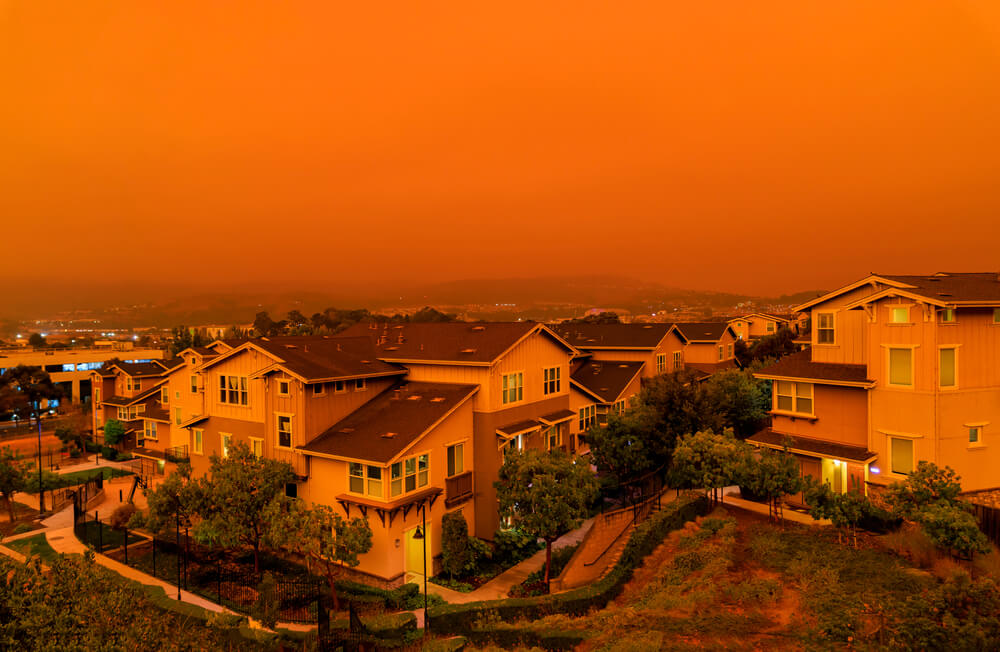 The video was taken by a passenger on Alaska Airlines Flight 3458. He took off on Wednesday morning, September 9th, to Palm Springs.

Waking up on Wednesday morning, September 9th, the Bay Area residents of California might well have thought they were on Mars.

Orange and even red skies cover San Francisco, Oakland and Berkeley, ash flew in the air, and forest fires raged in the distance.

"When the smoke and ash get even thicker near wildfires, this mixture is able to completely block out the sunlight, making the day look like a dead night," explained CNN meteorologist Judson Jones.

Residents saw a reddish sky, which seemed to be night, although it was morning. Winds from afar bring smoke from forest fires. Both the Creek Fire and the North Complex Fire burn over 200 miles away, but their presence can be felt in the Bay Area. Other places such as Salem (Oregon) are experiencing similar apocalyptic pictures.

Massive puffs of smoke from wildfires raging across California have led to the Bay Area's longest air quality warnings ever recorded: 25 consecutive days and warnings are still posted.

A real hero: the story of a Ukrainian who died saving lives during the September 11 attacks