Home At home 'Carried in cattle cars, dying families': how in May 1944 deported Crimean Tatars

'Carried in cattle cars, dying families': how in May 1944 deported Crimean Tatars

18 May marks exactly 75 years since the deportation of the Crimean Tatars began. The operation to evict the indigenous people of Crimea began at 4 in the morning and took two days. The deportees were given from a few minutes to half an hour for charges, after which they were taken by truck to the railway stations, from there the trains under escort were sent to the places of exile to Central Asia. The road took several weeks and not everyone experienced it. 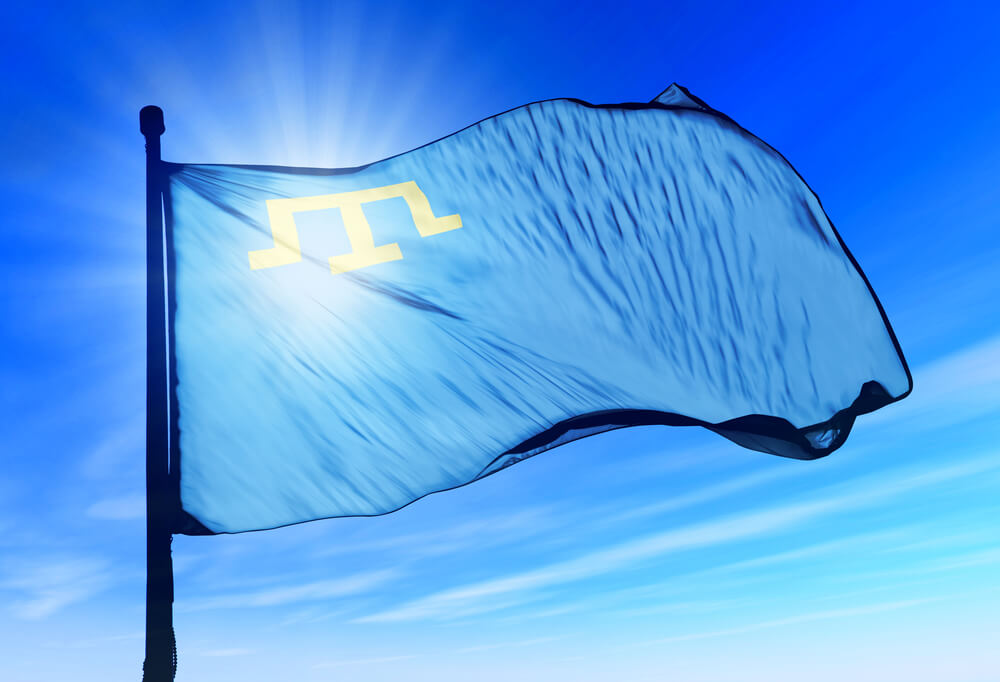 Officially, the deportation was substantiated by the facts of the allegedly massive participation of the Crimean Tatars in the collaborationist formations that were on the side of Nazi Germany during World War II and cooperation with the occupation authorities. The NKVD telegram addressed to Stalin indicated that more than 180 thousands of people were evicted, writes Present Tense.

According to the National Movement of the Crimean Tatars, more than 420 thousands of people were sent from the Crimea.

The correspondent of "Present Time" spoke with those who were born in deportation and whose children are now on the annexed peninsula accused by the Russian authorities of terrorism, suspecting of cooperation with the religious organization Hizb ut-Tahrir, which is recognized as terrorist in Russia. Now 58 people have been arrested or have already been convicted in this case. For the Crimean Tatars, this is a new wave of repression.

On the subject: UN court recognized Russia’s discrimination against the Crimean Tatars, but did not see its connection with terrorists 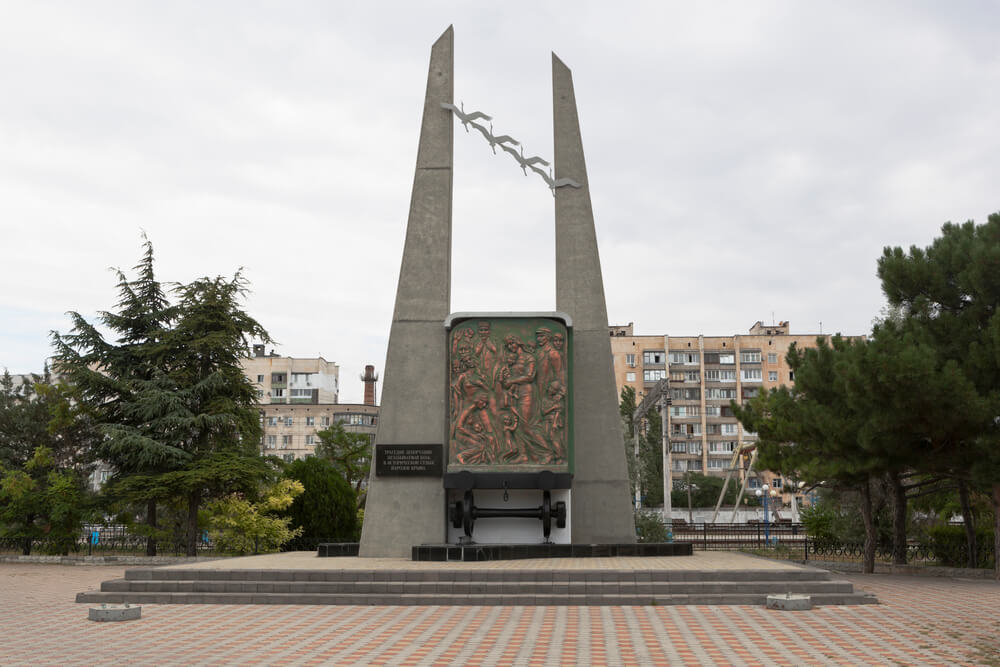 Monument to the victims of deportation at the railway station Evpatoria. Photo: Depositphotos 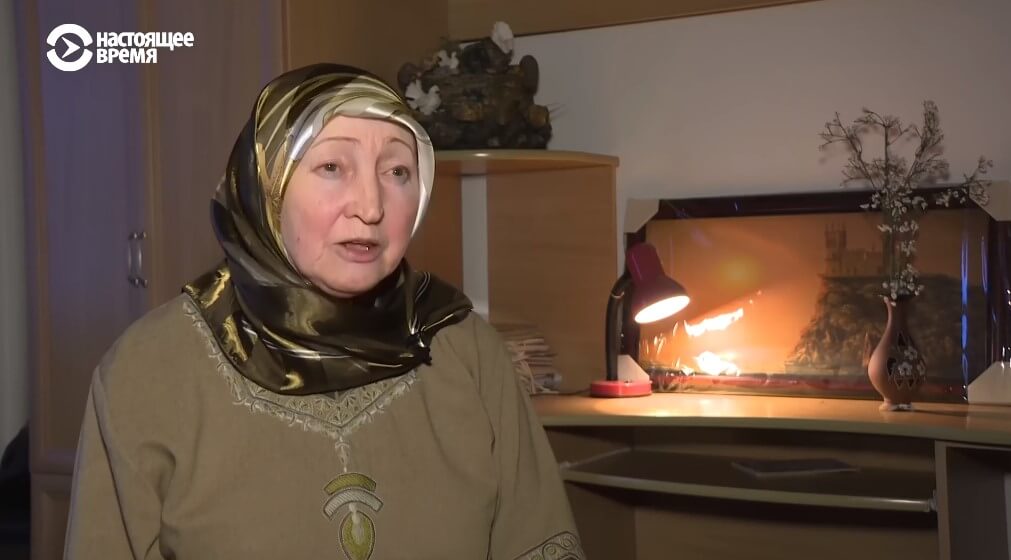 And in the year 2016 came to us in the morning 6, also broke into the house, broke the door. With a cry, the masks came. And I immediately imagined what my mom, my grandmother and aunt experienced.

On the subject: How Crimea was annexed: March of 2014 in the eyes of Moscow, Kiev and Sevastopol

- My mom is now 92 of the year. [She was deported] in 1937, she was 11 years old. Her mom and her brother were dispossessed in 1937. They were sent to the city of Nadezhdinsk, Sverdlovsk region. Mom told me that she was an orphan, then she would visit some of them, then to others — they would take her to sleep. Her house was taken away, her grandfather’s gardens were all taken away from them. 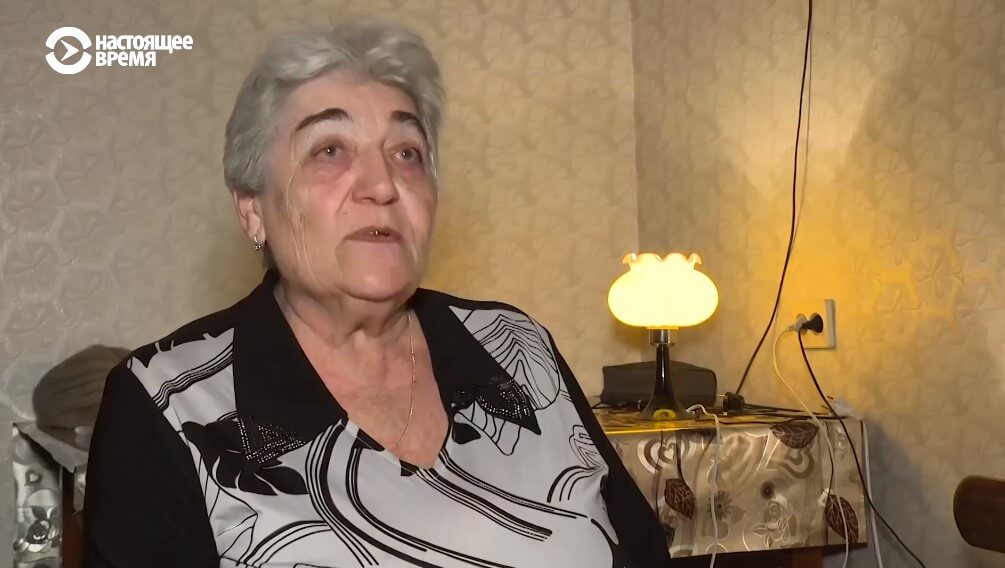 She then lived with her uncle. She went to school well. In 1944, her uncle’s family, just like all Crimean Tatars, was brought to Central Asia in cattle cars. For a whole month they went there. A lot of people died on the road, many were buried.

They brought me to Uzbekistan, threw them in some field, there was no one in this field, only the dogs howled. And every day people died, they gathered these people - and buried them in one big pit. She told this.

“Mom often told me how they, the“ Studebakers, ”arrived at 4 am, woke up, and took me away. And they put him in school. They spent one night at school. At gunpoint - they were guarded, they could not go into the house and take something: hungry, cold. They thought they would be shot. The older aunt, she was nimble, was able to enter the house. I went into the house, and there is already one soldier - a Soviet soldier - walking around and breaking everything, looking for something. 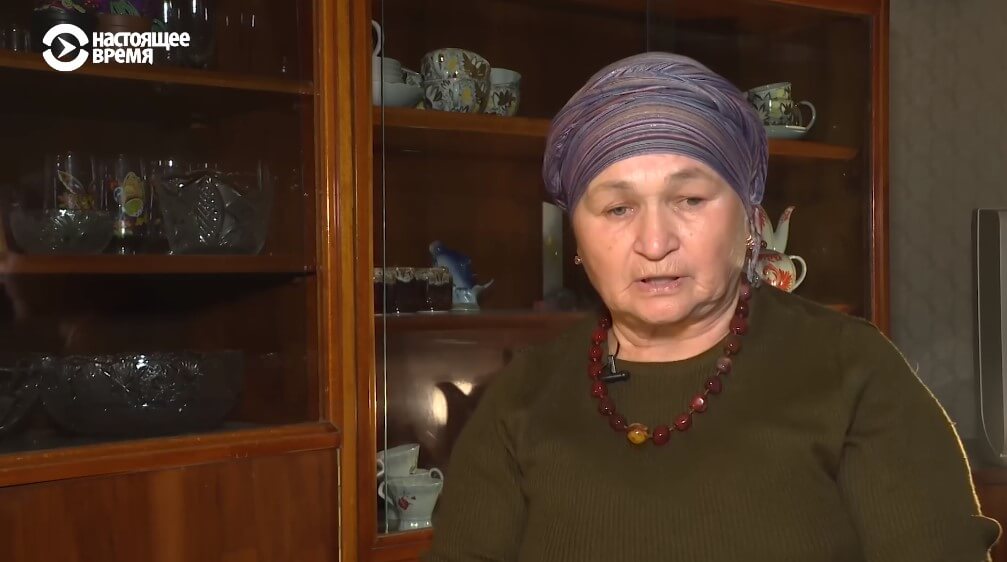 My father was hijacked by the Nazis in Austria, he was not there. And she and her three children were sent to Uzbekistan, in the Samarkand region. There was such a village, which almost 90% consisted of the Crimean Tatars.

There was a massive mortality: malaria, typhus mowed down people. Families died. First, there was no shelter, cold and hunger. They made them take root there, gave plots, gave everything, if only they did not demand a return.

How to find out about their repressed and deported relatives

"We knew what was waiting for us there": 80 years ago, Jews tried to escape from Nazism, but the US refused to accept them

“What should we hold on to?”: How Crimea lives through 5 years after the referendum

How Crimea was annexed: March of 2014 in the eyes of Moscow, Kiev and Sevastopol