A family from South Carolina was walking near the pond where alligators live and was very surprised to see two reptiles on the shore. The fact is that the skin of alligators had a pumpkin-orange hue - this does not exist in natural nature. 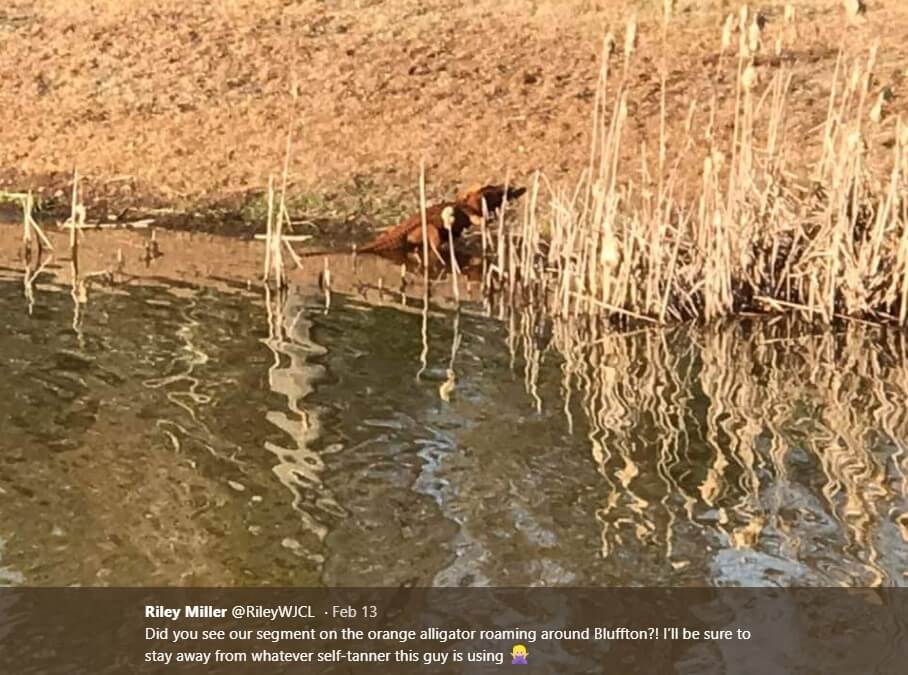 Orange reptiles crawled out to sunbathe on the edge of the pond in Bluffton, causing some concern among local residents, reports CNN.

“We didn’t know for sure what it was: they were pumpkin orange, not a bright hue, but as if with rust,” said one of the eyewitnesses, Chad Goodwin. "We were curious if that color was normal for them or not." 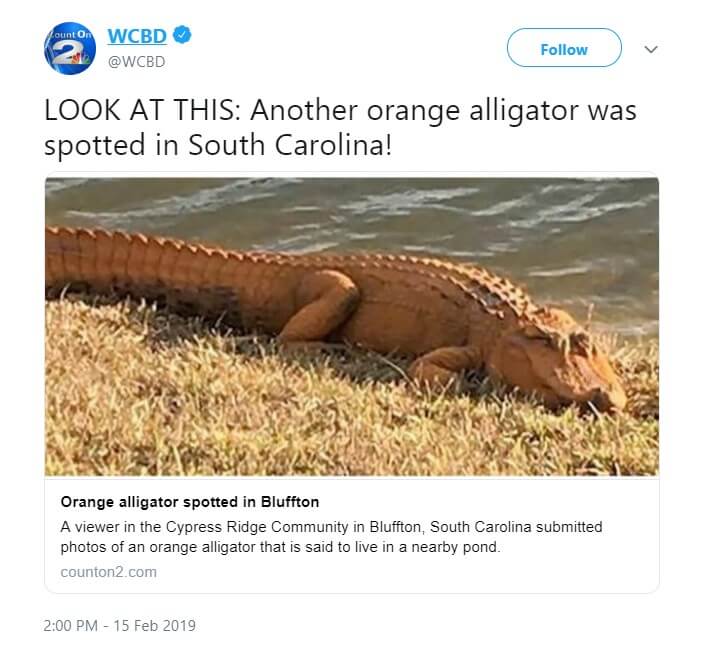 Because of the strange color of alligators, a local resident, he said, did not immediately understand what he was looking at or whom.

Goodwin and his family spotted two crocodiles, one larger and one smaller, who took turns sitting in the pond, then getting out on the shore.

Alligators are common in North and South Carolina, and orange reptiles have been seen before.

The South Carolina Department of Natural Resources explained that the unusual color of reptiles could be the result of alligators choosing to hibernate - and doing so in rusty sewers. Global News. 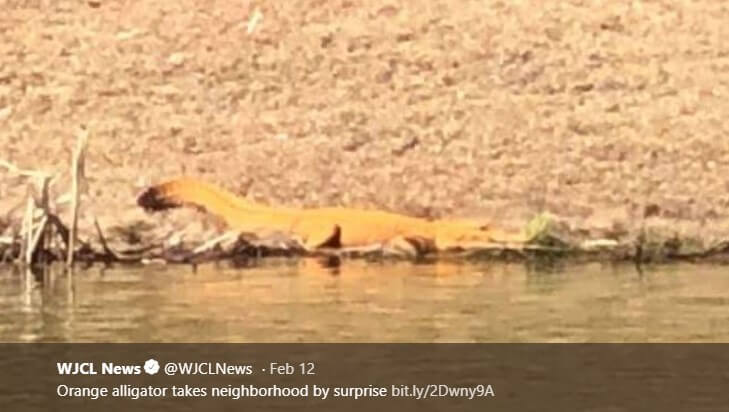 “Most likely they spent the winter in a rusty sewer or drain pipe,” explained David Lucas, a canal spokesman. "Or somewhere on the shore where there is rust."

Officials say that alligators will restore their natural color when they spend enough time in cleaner water.

Because of the cold weather in North Carolina, alligators are frozen in the ice. VIDEO

American struggles with depression with a home alligator

Wife with a lover killed her husband for the sake of insurance, blaming the alligator

Crocodile attacked a Florida 85-year-old in a crowded park

In Florida, managed to catch a record Burmese python