Home Page At home Anti-Semitism is officially banned in Ukraine, but the punishment is very vague

The Verkhovna Rada has banned anti-Semitism in Ukraine. Denial of Holocaust crimes will be punished, reports with the BBC. 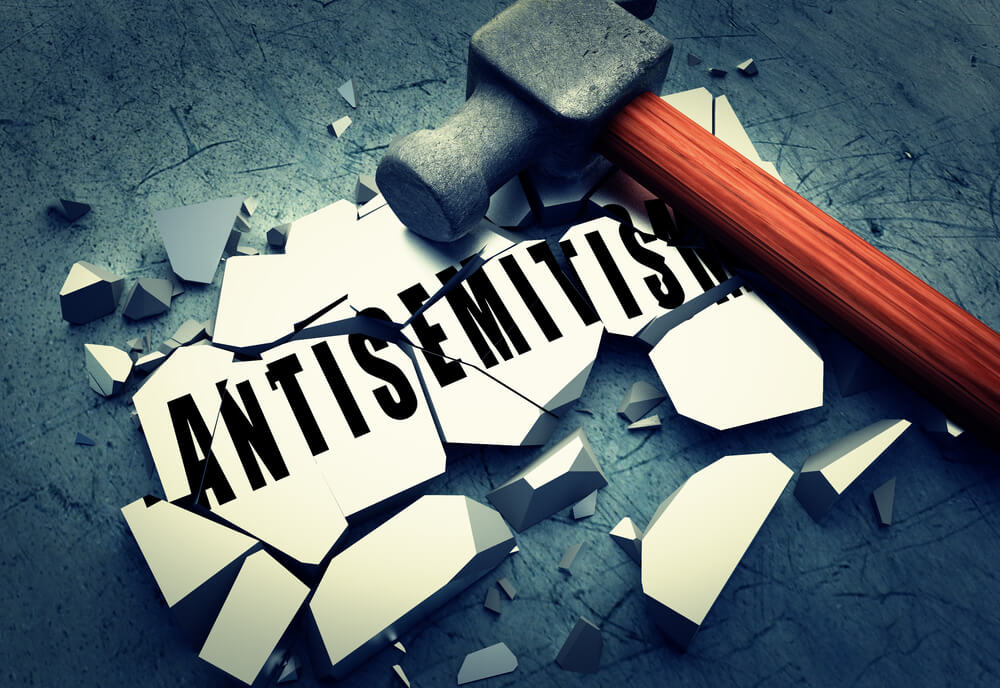 The Verkhovna Rada adopted the law “On Preventing and Countering Anti-Semitism in Ukraine”.

The new norms were initiated by several dozen deputies from different factions, and their adoption was obviously timed to coincide with the next anniversary of the tragedy in Babi Yar, where on September 29, 1941, mass shootings of Kiev Jews began.

“For anti-Semitism in Ukraine, a certain attitude towards persons of Jewish origin is recognized, which is expressed in hatred towards them,” the law says.

In particular, these are “denial of the right of self-identification of persons of Jewish origin”, appeals, concealment or justification of killing or harming Jews “because of radical ideological convictions or extremist religious views ”.

Anti-Semitism also includes false information, stereotypes and hate statements about Jews, as well as denial of the Holocaust.

“Public statements condemning persons of Jewish origin as collectively responsible for real or perceived wrongdoing committed by one person or group of persons, regardless of ethnicity or religion,” is another manifestation of anti-Semitism.

Also, the law prohibits the production and distribution of all materials with anti-Semitic statements or symbols.

On the subject: Ukraine and the United States jointly launched a rocket into space: it exploded after 2 minutes

The new norm considers anti-Semitism "deliberate damage or destruction of buildings, other structures belonging to persons of Jewish origin, Jewish communities and public Jewish organizations, as well as religious or cult buildings (houses)."

Damage and desecration of burial places of people of Jewish origin and monuments dedicated to them is also considered anti-Semitism.

How will they be punished?

“Anti-Semitism and its manifestations are prohibited in Ukraine,” the law says.

However, it does not provide for any new punishment in the Criminal Code specifically for anti-Semitism.

The current code has previously provided for sanctions for crimes “based on racial, ethnic, religious hatred or hatred, or on the basis of gender” - this is considered to be an aggravating circumstance.

How these reimbursements can be paid, the authors of the law do not specify.

In a commentary to BBC News Ukraine, co-author Olga Vasilevskaya-Smaglyuk noted that the Council would soon adopt another law.

“A specific criminal punishment for anti-Semitism will be provided for in a separate draft - 5110. After the president signs the draft 5109 adopted today, a legal definition of anti-Semitism will appear in the legislation. Then we will be able to vote for changes in the Criminal Code, ”the deputy explained.

Why is a new law needed

In an explanatory note, the initiators of the law on anti-Semitism state: “Ukraine is a multinational and, in principle, a tolerant state. But, unfortunately, there are cases of vandalism and hate speech related to anti-Semitism. ”

“The absence in Ukrainian legislation of a clear definition of the concept of“ anti-Semitism ”does not allow to properly classify the crimes committed on its basis. In practice, this leads to de facto impunity for offenders, ”they add.

The very definition of anti-Semitism has been agreed with the International Holocaust Remembrance Alliance (IHRA).

You may be interested: the main news of New York, the stories of our immigrants and useful tips about life in the Big Apple - read it all on ForumDaily New York.

The authors of the law also recall that there are many places of pilgrimage for Jews in Ukraine: Belz, Gadyach, Sadgora, Medzhybizh and Uman.

“However, visits to Ukraine by pilgrims of Jewish origin are often accompanied by anti-Semitic rhetoric and outbursts of anti-Semitism,” deputies complain.

And they conclude: “Crimes of hate, intolerance and discrimination against any group threaten the entire society. So, taking a course on the observance of democratic principles, Ukraine will once again confirm that the fight against anti-Semitism is the task and responsibility of both our state and our society. "

Top 5 Best US Universities in 2021 and How to Apply