Home Page In the U.S. Licenses to carry weapons will be canceled in Texas: in which other states are permits not needed

Licenses to carry weapons will be canceled in Texas: in which other states are permits not needed

The governor said he plans to sign the bill, despite objections from law enforcement officials who say it would endanger the public and police. The Guardian. 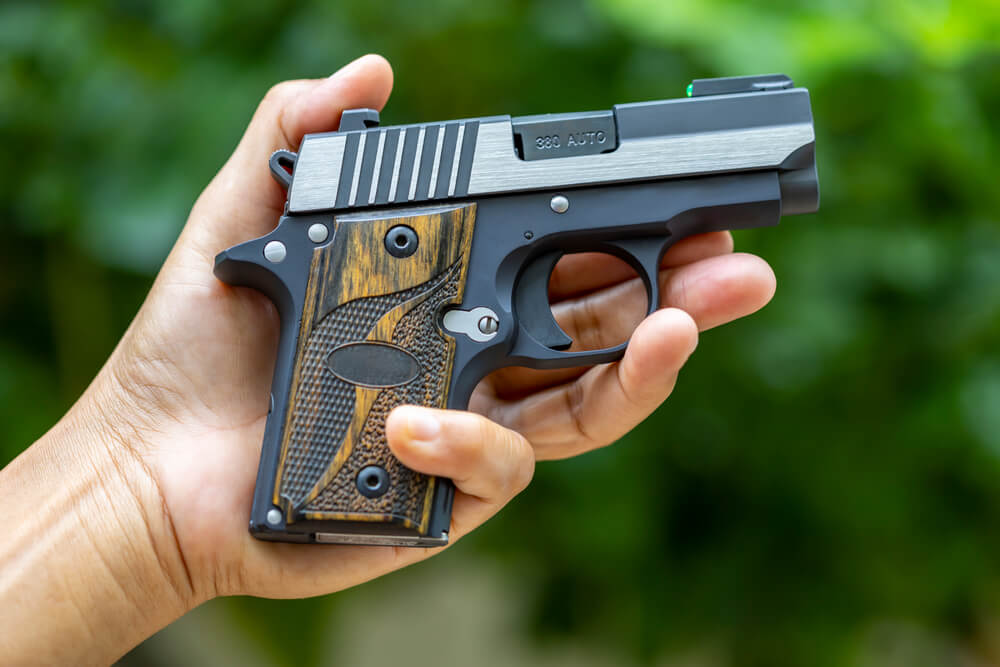 Texas is poised to lift one of its most recent severe gun restrictions - despite widespread objections - after lawmakers passed legislation that would allow people to carry pistols without a license and accompanying background checks and training.

The Republican-dominated state legislature approved the measure on Monday May 24, sending it to Greg Abbott, who said he would sign it despite objections.

The measure is opposed by law enforcement groups, who say it will endanger the public and the police. Firearms control groups also oppose the measure, noting the state's recent history of mass shootings, including at Walmart in El Paso, a church in Sutherland Springs and a high school outside of Houston.

Texas already has some of the freest gun laws in the country and has over 1,6 million firearms license holders.

Supporters of the bill say it will allow Texans to better defend themselves in public by removing unnecessary obstacles to their constitutional right to bear arms.

After the law is signed, Texas will join nearly two dozen other states in allowing some form of unregulated carrying of firearms, and will be the most populous.

The National Rifle Association was among those who supported the measure, and the spokesman called it the "most significant" gun rights measure in the state's history.

“A right to require you to pay a tax or get government approval is not a right at all,” said Jason Wimet, executive director of the NRA's Legislative Action Institute.

Texas already allows rifles to be carried in public without a license. The measure directed to Abbott would allow anyone 21 years of age or older to carry a pistol, as long as they have no criminal record or any other legal prohibition in the past.

But law enforcement officials fear that without state verification of biographical data, it will not be possible to weed them out in advance. The bill does provide for stricter penalties for criminals caught in illegal possession of weapons.

The bill will not stop businesses from banning the use of weapons on their property, and federal checks on some gun purchases will remain in place. Texas has no state background check requirements for selling personal weapons.

On the subject: Ban on 'ghost pistols' and assault weapons: Biden responded harshly to mass shootings

Texas has allowed people to carry pistols since 1995, and has been cutting costs and training requirements for licenses over the past decade.

Texas moves to further weaken gun laws angered El Paso lawmakers, including Democratic State Representative Joe Moody, who delivered an emotional address on the evening of March 23, which recounted how he and the governor and family members sought loved ones after the shooting. Walmart in 2019.

The 2021 Legislature Session marks the first session of the state legislature since the attack that killed 23 people.

Moody recalled that after the shooting, there were promises that the state would "take the safety of the weapon seriously." Authorities said the gunman was targeting Mexicans in the border town.

“When the doors were closed, I heard a lot of promises,” Moody said. "I haven't heard them since."

According to Guns to Carry, here are the US states with the lightest gun laws:

A permit is required to carry pistols, but not long-barreled weapons. Open carrying of both weapons in a holster is allowed.

A permit is required to carry pistols, but not long-barreled weapons. Florida law prohibits the registration of firearms. Open wearing is allowed, but there are some exceptions, such as when hunting or fishing.

A permit is required to carry pistols, but not long-barreled weapons. Open wearing in both cases is permitted with a license.

There are no restrictions, apart from the fact that non-residents need a permit for concealed wearing within the city.

A permit is required to carry pistols, but not long-barreled weapons. Open carrying of both weapons in a holster is allowed.

A license is not required if the firearm is stored in a bag, purse, knapsack, holster and scabbard in both closed and open carry.

A license is not required if the firearm is stored in a bag, purse, knapsack, holster and scabbard in both closed and open carry.

You will need a permit to carry a concealed firearm in a city or town.

There are no restrictions, except that when carrying a long-barreled weapon openly in vehicles, the weapon should not be loaded.

You need permission to carry pistols concealed, open carrying is allowed without a license.

Permission required to purchase and carry a pistol, with background verification.

Permission required to purchase and carry a pistol, with background verification.

Permit required to carry pistols. Open wearing is not limited, except for some restrictions in vehicles and in the trade of alcoholic beverages.

A permit is required to carry pistols, including carrying them openly.

A permit is required to carry pistols and long-barreled weapons. Open wearing is permitted in all locations except Philadelphia. Do not openly keep a weapon in the car. All pistol sales must be made through a licensed dealer or county sheriff's office.

Permission required to carry pistols. In the case of open wearing, the weapon should be clearly visible in the car.

Permit required to carry pistols. Long-barreled weapons must be unloaded when worn open.

At the moment, a permit to carry pistols is still required. There are no other restrictions.

Vermont has never issued or requested weapons permits. Open wearing is permitted. Sale must be made through a licensed dealer, except in the case of a sale to a family member. There is a limit on sale: long-barreled weapons no more than 10 shots, pistols no more than 15 shots.

Permit required to carry pistols. There are no other restrictions.

Permit required to carry pistols. There are no other restrictions.

No permission is required for opening or concealing by locals. Non-residents will need a Concealed Carry Permit.

In Texas, a XNUMX-year-old boy was kidnapped and brutally murdered

US security, or why Americans don't lock the door

Dozens of injured and 15 killed: a wave of mass shootings swept across the United States over the weekend