Home In the U.S. An unprecedented snow storm is raging in Texas: millions of people are left without electricity

An unprecedented snow storm is raging in Texas: millions of people are left without electricity

An unusually severe winter storm in Texas left over 2,5 million consumers in the state without electricity due to dangerously low temperatures. Fox News. 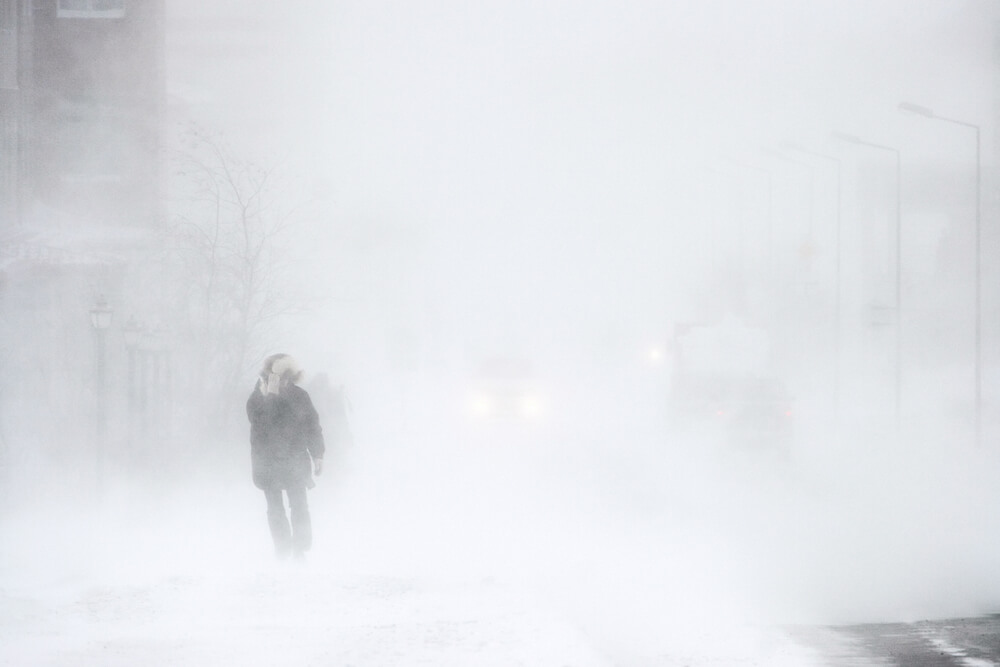 He called the storm "unprecedented" in state history.

The alternating power outages were initiated by the Texas Electricity Reliability Board, or ERCOT, early on the morning of February 15. This means that thousands of people were left without electricity for a long time when the air temperature dropped.

Austin electricity company Austin Energy told residents that blackouts could go on longer than usual, prompting angry social media responses from Texans who said they had been without electricity for five hours or more.

“Typical events allow for a short duration of each outage, but outages become longer if required by the ERCOT network - which we are seeing today,” Austin Energy wrote on Twitter.

The utility advised residents to keep the thermostat at 68 degrees (20 C) or lower and avoid using an oven or washing machine. Companies have also been advised to minimize operations to save energy.

Some people took to social media to complain about the blackouts.

“My elderly parents have been without electricity since 2 am,” wrote one user. - They are over 70 years old. How can I get some electricity for them? "

“This is very dangerous,” wrote another user. "No electricity for 5+ hours and cold wind."

On the subject: Hundreds of deaths and billions of dollars in damage: what were the worst blizzards in US history

Kent and Brazos counties, located on opposite sides of the state, were hit hardest, with almost all consumers without electricity in the early morning of February 15

"The power grid continues to lose power," Houston Mayor Sylvester Turner told residents on Twitter. - If you don't have electricity, you may not have it all day. Please do your best to keep warm in safety. Visit our elderly residents. "

BREAKING! Rotating outages have begun in Texas as the US state is facing a major winter storm. 1.8 million customers currently without power.
Dallas PD: Proceed with extreme caution if traffic lights are blacked out. Don't be out unless you have to be. pic.twitter.com/wNRm9Sd9P6

President Biden, in a statement on Sunday evening, February 14, declared a state of emergency in Texas. The declaration is intended to add federal aid to the efforts of the state and local authorities.

The storm is interfering with travel. Austin-Bergstrom International Airport in Austin canceled all flights February 15, Dallas-Fort Worth airport said all arriving flights will be delayed at departure points until 11 am local time "due to snow and ice."

More than 760 flights were canceled at Dallas-Fort Worth International Airport on February 14, while Dallas Love Field canceled most of the nearly 200 flights of Southwest Airlines, the airport's main carrier.

#Dallas and most of northern #Texas in #frozen mode after major #snow and #ice storm moves in @ Telemundo51 # Snowmageddon2021 https://t.co/dowyeBFRya pic.twitter.com/7GAFZIir12

American Airlines said some 345 of their flights were canceled at DFW, the airline's hub, on the morning of February 14. The company said the storm affected flights across the region, with operations being scaled back and canceled at airports in Texas, Oklahoma and Arkansas.

The current storm system formed on the evening of February 12, spreading over much of the Ohio Valley and the Appalachian Mountains to the northeast. Texas issued a winter storm warning all weekend and earlier in the week.

"Maximum cold weather preparations MUST be completed today," Jeff Lindner, a Harris County meteorologist, tweeted on February 14 morning. "Time is short and conditions will deteriorate rapidly this afternoon and evening."

Road safety has become a top priority after more than 130 vehicles, including trucks and cars, collided in Fort Worth last week, killing six and injuring dozens.

At least six people are dead following a more than 100 car pileup near Fort Worth, Texas, which authorities are blaming on a severe ice storm.@OmarVillafranca is there with the latest as warnings of dangerous winter weather are posted from Washington State to Washington, DC pic.twitter.com/aP8H5t304b

In El Paso, the collision of 14 cars on the morning of February 15 served as a warning to anyone looking to travel, KFOX14 reported. Fortunately, no fatalities were reported in the region that day.

A powerful ice storm will cover a huge part of the USA: what to prepare for