Home In the U.S. More and more illegal migrants are being detained in the USA: what awaits them

More and more illegal migrants are being detained in the USA: what awaits them

The number of detained "illegal immigrants" has grown over the last 23 of the year six times. 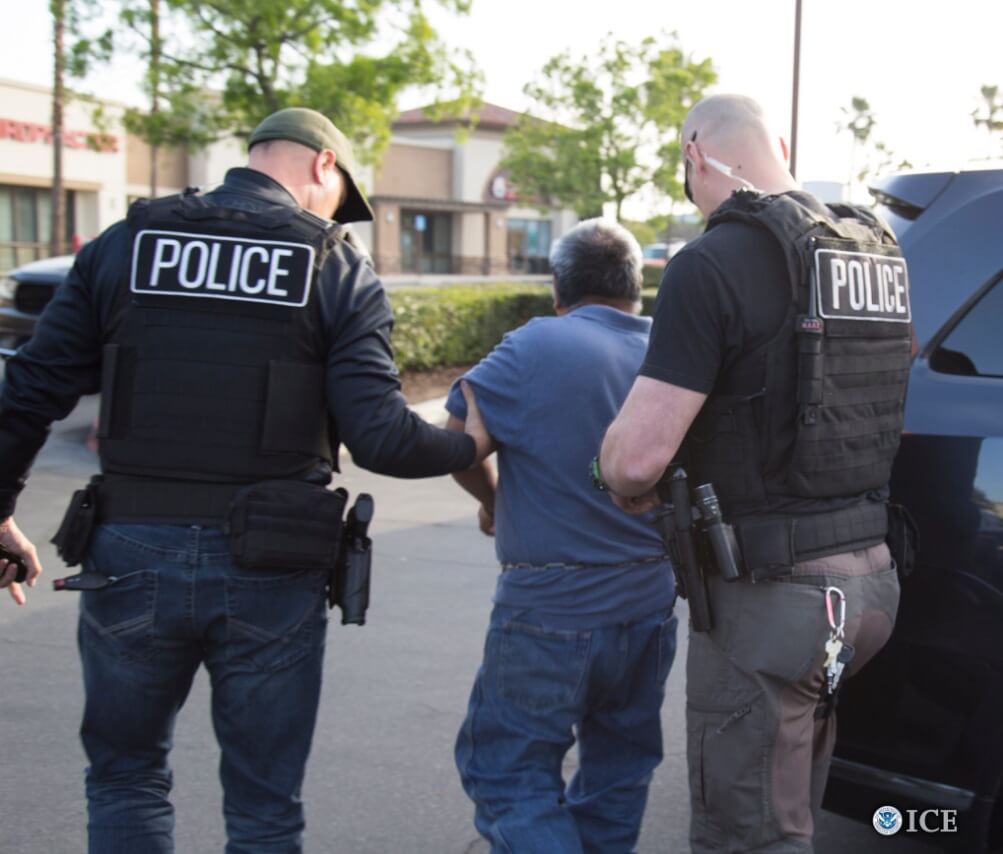 The number of detentions of illegal immigrants in the United States has increased more than six times over the past 23, while the arrested "illegal immigrants" are not provided with state legal support, to which all US citizens detained for criminal offenses have the right. He writes about it Voice of America, referring to a report published this week by the American Immigration Board (AIC).

The number of detentions over the past 20 years has decreased only once, in the 2014 year, despite the fact that the Barack Obama administration made significant efforts to deport from the country criminals and recently arrived in the US illegal immigrants. Researchers at the Institute for Migration Policy attribute this to the growth of the Mexican economy and the decline in the US labor market due to the financial crisis. 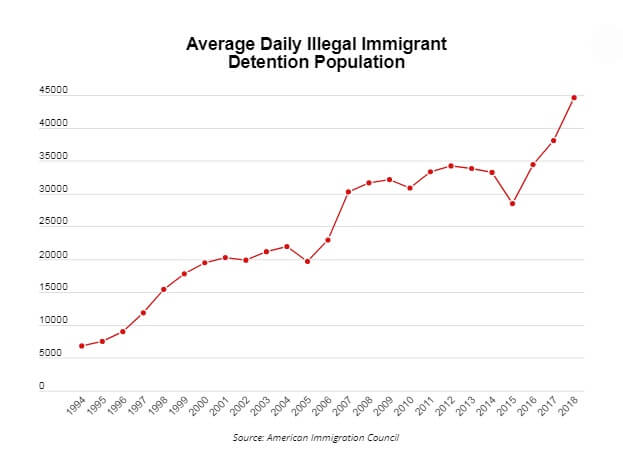 The number of daily detentions of illegal immigrants in the United States, source - AIC

The report's authors note that with the coming to power of the Donald Trump administration, the number of detentions "has increased dramatically." According to October 20, 44,6 thousands of people were in temporary detention centers for illegal immigrants throughout the country. The federal budget for the 2019 year provides for the maintenance of 52 thousands of detained “illegal immigrants”.

The authors of the report criticize the current practice of arrest and detention of illegal immigrants in the United States, arguing that this process is "not controlled by public organizations."

Today in the United States there are more 600 temporary temporary accommodation centers for illegal immigrants, more than 65% of them are in private hands. The authors of the report write that such centers, in fact, are prisons: detainees are obliged to wear uniforms and follow strict rules, their communication with the outside world is kept to a minimum. In addition, the owners of private centers are only interested in making a profit and reducing the cost of maintaining immigrants.

Human Rights Watch, a human rights group, recently blamed the center of illegal immigrants in California’s Adelanto for the death of at least three immigrants over the past 8 years. According to human rights activists, people died because of the “terrifying state of health and safety” in the center of Adelanto.

The content of one illegal migrant in such a center costs the state $ 126 daily. In 2017, the federal budget allocated $ 1,4 billion to finance immigration detention centers.

Previously ForumDaily wrote that 7-year-old girl, who last week crossed the Mexican-American border with her father, died from dehydration and shock about eight hours after she was arrested by agents.

What is a "chain migration": facts, statistics, history

Who and how much earns on the American prisons