Home Our people Grammy-2021 was awarded in the USA: a DJ from Kazakhstan became one of the laureates

Grammy-2021 was awarded in the USA: a DJ from Kazakhstan became one of the laureates

The 14rd Music Awards took place in Los Angeles on Sunday, March 63 Grammy... DJ Imanbek Zeykenov from Kazakhstan received the remix award, becoming the first Kazakhstani nominee and laureate of this award, as well as the first musician from the CIS and the former USSR to receive this award in the category of non-classical music. 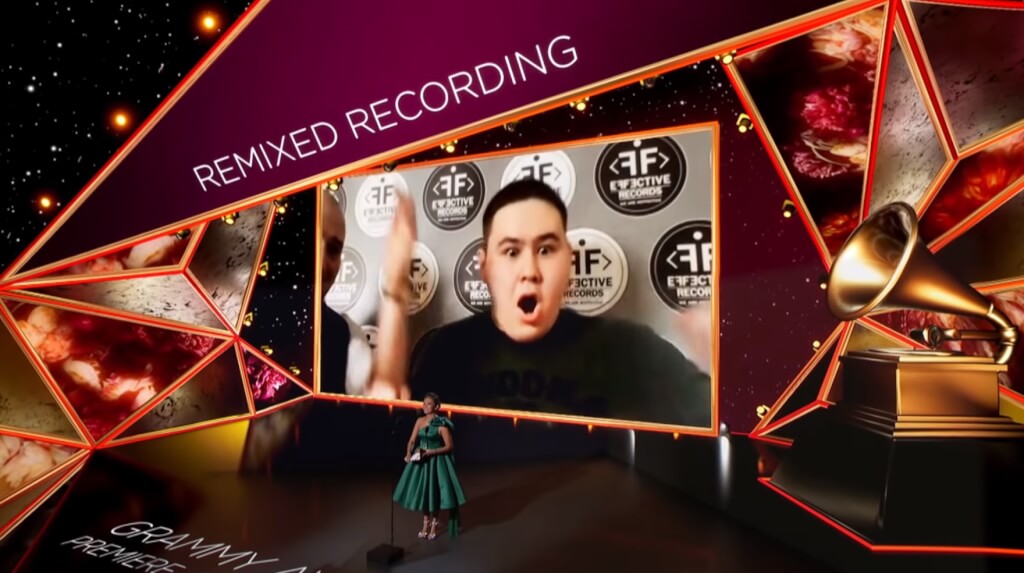 The 63rd US Academy of Recording Academy's most prestigious Grammy Awards ceremony was held without spectators in a hybrid format, with artists performing on five stages adjacent to each other.

Imanbek Zeykenov, 20, is a DJ and music producer from Kazakhstan. In 2019, he became world famous for his remix of Saint Jhn's song "Roses", for which he received the Grammy -2021.

Imanbek was born in Aksu, he learned to play the guitar when he was 8 years old. While studying at the railway college, he began working at the railway station in Aksu, but continued to engage in remixes since 2017. He remixed "Roses" previously released by Guyano-American rapper Saint Jhn through the Russian label Effective Records, which signed him. The remix was made without Saint Jhn's participation, as Imanbek Zeykenov's attempts to contact him on Instagram failed and he received no response.

On the subject: Ukrainian received a Grammy: who is Nadezhda Shpachenko and how she became famous in the USA

A remix of this song has appeared on a large number of charts across Europe, including Belgium, Hungary, the Netherlands, Poland and Sweden, and has reached number 3 on the Shazam World Top. Following the success and popularity of the remix, the original song, recorded in 2016, has appeared on the US Billboard, British Singles Chart and other countries such as Austria, Canada, Denmark, France, Germany, Ireland in 2019. "Wikipedia".

The song “I Can't Breathe” by the singer HER, dedicated to the memory of the African American George Floyd killed by police, won the “Song of the Year” nomination. Air Force

Taylor Swift received a statuette for the best album of the year. The disc “Folklore” was previously named one of the best in the singer's discography by music critics.

American pop star Billie Eilish has won several Grammy awards, including one of the top honors in the prestigious Best Record of the Year category for "Everything I Wanted," as well as the title track for the latest James Bond film. Eilish won five awards last year, including Best Debut, Best Song and Best Album.

In the nomination "Best Song Written for Visual Media", together with Eilish, her brother Finneas O'Connell won. Eilish, 19, became the youngest singer to record a Bond soundtrack. The 25th James Bond film No Time to Die is slated for release in October 2021. Daniel Craig played 007 for the last time.

American singers Lady Gaga and Ariana Grande received an award for their co-recorded song “Rain on me” - in the category “Best Pop Duo or Group Performance”.

Beyoncé won a Grammy for Best R&B Performance for her song “Black Parade”. Now the singer has a record number of Grammy awards among women - 28 statuettes. The previous record was set by country singer Alison Krauss with 27 statuettes. Among men, the record is held by the English conductor Georg Solti with 31 awards.

According to "Jellyfish", two Russians who were nominated for a Grammy in 2021 were left without awards in their categories. Pianist Daniil Trifonov lost the Best Classical Instrumental Solo nomination to Kirill Gerstein (Adès: Concerto for Piano and Orchestra), while conductor Maxim Yemelyanychev lost the Best Opera Recording nomination to David Robertson (Gershwin: Porgy And Bess) ...

Soundtrack at the Grammy: how a Ukrainian from the USA created the music for Chernobyl

The stars expressed support for Trump by dressing creatively for the Grammy ceremony. PHOTO, VIDEO