Home In the U.S. Biden's son undergoes federal investigation in the United States.

The federal criminal investigation against Hunter Biden focuses on his business dealings in China. CNN. 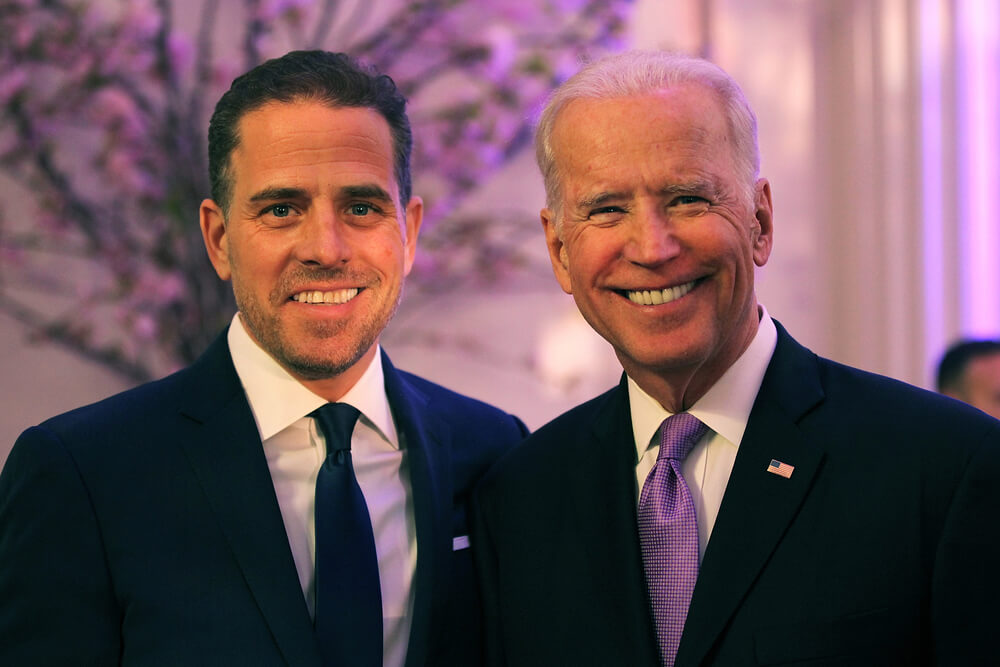 After a lull in the months leading up to the elections, federal authorities are actively investigating Hunter Biden's business dealings, a person familiar with the investigation told the publication. Hunter's father, newly elected President Joe Biden, is not involved, the source said.

Now that the elections are over, the investigation is entering a new phase. Federal prosecutors in Delaware, working with the IRS and the FBI, are taking open steps, such as issuing subpoenas and scheduling appointments, the whistleblower said.

The man said the investigation has been covert in recent months due to the Justice Department's directives prohibiting overt action that could affect elections.

“Yesterday, for the first time, I learned that the US Attorney's Office in Delaware informed my attorney about an investigation into my tax cases. I take this issue very seriously and am confident that a professional and objective analysis of these issues will demonstrate that I conducted my business in a lawful and proper manner, including with the help of professional tax advisors, ”Hunter Biden said in a statement.

According to two people who were briefed on the investigation, investigators examined a variety of financial issues, including whether Hunter Biden and his associates violated tax and money laundering laws when doing business in foreign countries, mainly in China. According to another source, some of these transactions involved people who the FBI believed raised counterintelligence concerns, which is a common problem when dealing with Chinese businesses.

The investigation began back in 2018, before William Barr became the US Attorney General. The continuation of the investigation will test Joe Biden's promise to maintain the independence of the Justice Department.

Here's what CNN learned about the scope of the investigation.

The FBI took possession of the laptop in late 2019, according to a computer repairman in Delaware, who showed reporters a copy of the subpoena. The subpoena is valid, whistleblowers said, but the FBI and Delaware attorneys' office refused to confirm the existence of the investigation.

It is unclear if the contents of the laptop are relevant to the current federal investigation or if investigators may use it at all (given the potential chain of custody of evidence).

CNN previously reported that at least some of the information allegedly on this computer is similar to what witnesses in Ukraine shared last year. Giuliani's attempts to unearth incriminating evidence on Biden in Ukraine last year became the basis of the Trump impeachment case.

The involvement of Trump's lawyers in the published news about Biden's alleged laptop has led to a flurry of activity by Republican lawmakers and Trump's staff seeking to escalate allegations of corruption ahead of the election. The FBI met with a former business partner of Hunter Biden, who publicly announced possible violations. To date, the investigation does not include any allegations of irregularities by the president-elect, according to two main sources informed on the matter. Barr has publicly stated that Biden Sr. is not under investigation, despite public calls from Trump's headquarters to announce a corruption investigation against both Biden.

On the subject: Biden's first 100 days: what he intends to change in the USA

Investigators appear to be focusing on Hunter Biden's China-related business. Some of his business dealings in China were revealed through interviews and documents published in September by Senate Republicans on the Finance Committee and the Committee on Homeland Security and Government Affairs.

When his father left the post in 2017, according to documents, Hunter Biden was working on a deal with CEFC China Energy to invest in US energy projects.

At least one of the questions the researchers looked at was a 2017 gift of a 2,8-carat diamond that Hunter Biden received from CEFC founder and former chairman Ye Jianming after a business meeting in Miami. In 2019, Biden provided the New Yorker magazine with a report on the receipt of the diamond from E. He said that he felt uncomfortable and gave the stone to other employees, he did not know about his future fate.

“I knew it was a bad idea. I just thought it was weird, ”E said in an interview.

Hunter Biden stated that the CEFC deal has failed and he does not view Ye Jianming as a dark character. Chinese authorities later detained Ye amid Chinese media reports of corruption allegations against him.

In an interview with the magazine, Hunter Biden released his account of personal issues, including substance abuse and marriage breakdown. During the divorce proceedings, his ex-wife's lawyers referred to the diamond Biden received and suggested it was worth $ 80. Biden, on the other hand, said its price was about $ 000.

Receiving such a gift could have potential tax implications for Biden, and his newsletter to the New Yorker does not describe how he solved the problem. Sources tell CNN that investigators looked into whether Biden correctly reported his income for tax purposes over a period of time. Although the diamond was originally part of the investigation, it is unclear whether the gift remains the focus of investigators.

Hunter Biden later briefly acted as a lawyer representing Patrick Ho, who ran the CEFC-backed organization (he was convicted in 2018 for paying millions of dollars in bribes to officials in Chad and Uganda on behalf of CEFC's energy projects in those countries). Ho was sentenced to three years in federal prison. After that, he was released and returned to Hong Kong, his lawyer said.

According to the New Yorker, Hunter Biden was involved in an earlier Chinese business venture that raised concerns in the Obama White House and in Joe Biden's office. In 2013, Hunter Biden partnered with US and Chinese partners to create an investment fund called BHR Partners for deals outside of China. Hunter Biden was an unpaid member of the BHR board of directors and received a stake after his father left the post.

Challenge for the new president

In an interview with CNN's Jake Tupper in early December, President-elect Biden pledged to keep an independent Justice Department free of political influence.

Republicans in Congress will almost certainly use the investigation to back up their case that Hunter Biden's activities in China are a sign of his father's conflict of interest when it comes to foreign policy and relations with Beijing. This could be the problem that Biden's Attorney General's nominee will face during Senate confirmation hearings.

Trump faced a similar but much more complex issue after taking office in 2017, when his then Attorney General Jeff Sessions quickly had to relinquish oversight of a federal investigation into Trump's campaign and possible links to Russian meddling in the 2016 elections.

Sessions was part of the presidential campaign, and he held meetings with the then Russian ambassador, which became part of the FBI investigation. It is known that Biden's likely candidates for attorney general do not have such connections.

'Now is her time, and she has something to say': what is known about Joe Biden's daughter

Trump's lawyer, without knowing it, starred in a film about Kazakhs