Home In the U.S. In the US, they created a supervaccine against COVID-19: it protects against all known and even future strains of coronavirus

In the US, they created a supervaccine against COVID-19: it protects against all known and even future strains of coronavirus

US military doctors announced the success of the first phase of clinical trials of a new vaccine against all possible variants of coronavirus at once, reports with the BBC. 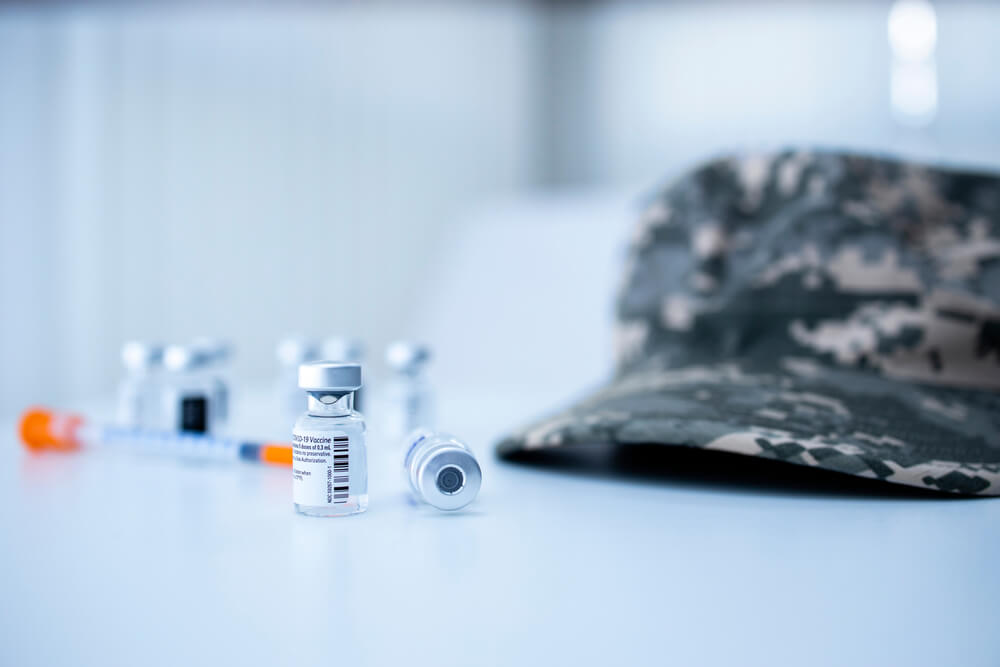 The drug, developed at the Walter Reed National Military Medical Center, promises protection not only against omicron, but also against all other currently existing variants of the coronavirus and even (partially) against other related infections.

However, experts are skeptical about the statements of the vaccine developers and express doubts about the possibility of creating such a drug in principle.

What is known about the SpFN ferritin vaccine, what its principle of operation is based on, and why scientists do not share the optimism of military doctors too much.

Vaccination remains the most effective means of combating COVID-19. The latest statistics from Washington State show that fully vaccinated people over 65 are about 13 times less likely to be hospitalized than unvaccinated people.

The proportion of deaths among those vaccinated in this age group is 15 times less than among those who, for one reason or another, did not begin to be vaccinated.

However, the appearance of the omicron quite confused the cards for vaccine developers. Not only because this version of the coronavirus infects already vaccinated and recovered patients much more often, but also because scientists are convinced that as it mutates, the virus begins to bypass our immune defenses better and better.

This means that all the vaccines used today in the world will protect against COVID-19 less and less effectively.
The American Walter Reed National Center (WRAIR) claims that they have found a solution to this problem: the SpFN ferritin vaccine has already shown excellent results in laboratory experiments with animals (first mice were vaccinated, then macaques) and even passed the first phase of clinical trials in humans.

According to the head of the department of emerging infectious diseases of the center Kayvon Mojarrad, the drug developed by his team takes a “broader approach” and should provide protection (at least partial) against all variants of coronavirus at once - both existing and possible ones that may appear. as a result of mutations that have not yet occurred.

Mojarrad says the immune response is “significantly more powerful than other vaccines.”

The development of SpFN (Spike-Ferritin Nanoparticles) began long before the current pandemic. Initially, military doctors tried to invent a vaccine that could protect against the predecessors of the current coronavirus: “SARS” (SARS) and Middle East Respiratory Syndrome (MERS), and ideally from their closest relatives, including from Sars-Cov-2.

But how to develop a vaccine against a virus that does not even exist in nature yet? According to experts, this is not as difficult as it might seem at first glance.

Of course, we don’t know exactly how the virus will mutate, but we can predict with fairly high accuracy in which direction its evolution will move. Which fragments of the genome are more susceptible to mutations, and which ones are quite stable and remain unchanged in all known variants.

It was on the study of the latter that American military doctors focused.

“As an object for research, we take the whole virus family. After studying some property of a particular virus, we look at how it manifests itself in its closest relatives, ”explains Dr. Modjarrad, who calls the mutated versions of the virus “cousins” of the original strain.

Unlike some of the COVID-19 vaccines already in use, the development of US military medics is extremely unpretentious in terms of storage conditions: it can lie in a regular home refrigerator for at least a month and not lose its properties.

“This broad approach enables us to develop universal vaccines and other medicines for the prevention and treatment of diseases caused by the entire viral family,” he says.

The resulting drug belongs to the so-called protein (or peptide) vaccines, when during the course of vaccination, fragments of the viral protein that are not capable of self-replication enter the body.

The body selects antibodies of a suitable form for different parts of the foreign protein and thus retains the ability to neutralize even a partially mutated virus.

In Russia, EpiVacKorona, developed by the Novosibirsk Vector, is produced using a similar technology.
The ferritin vaccine is called because the spherical ferritin protein molecule is used as a base on which different fragments of the spike protein are attached.

This is a common protein complex that is found in the body of many animals, including invertebrates, including humans.

Since ferritin itself is produced by our cells and does not cause an immune response (the body is used to it), leukocytes react only to foreign elements “implanted” in the protein, producing antibodies that neutralize them.

And since these fragments themselves are very different, the spectrum of antibodies turns out to be wide enough to provide at least partial protection from the “cousins” of the virus that may appear in the future.

What do skeptics think

The fact that the future vaccine is highly likely to be able to protect against all variants of Sars-Cov-2, the developers from WRAIR assured back in June 2020.

And at the beginning of 2022, they announced the success of the first phase of clinical trials of SpFN with the participation of 72 volunteers. The full initial data of the study have not yet been presented to the general public: publication is expected in one of the medical journals.

Perhaps that is why, despite the bravura press releases of the scientific and medical center, the expert community, it seems, does not yet share the optimism of military doctors.

University of Maryland School of Pharmacy professor and senior editor of the British medical journal BMJ Peter Doshi says he is rather skeptical about the idea of ​​developing such a drug.

“I have been hearing similar statements from the developers of the flu vaccine for decades, not even years. Both the flu and Sars-Cov-2 are a type of rapidly mutating RNA viruses that constantly produce more and more new variants. So, personally, I don’t have an answer to the question of which part of the viral genome can be considered stable and unchanged enough to develop a single vaccine based on it, which will not become obsolete as new mutations appear, ”he explains.

Tom Jefferson, professor of evidence-based medicine at Oxford University, shares this opinion.
“History knows many examples of failed vaccines and antiviral drugs,” he recalls. “To invent something like that is incredibly difficult.”

You can allow Tesla autopilot to violate traffic rules: this is in the settings

'It's like a Soviet store in 1981': empty shelves in America's supermarkets shock shoppers