Home Page Educational program In the United States, ticks are spreading, the bite of which can cause paralysis, to whom and death: what you need to know 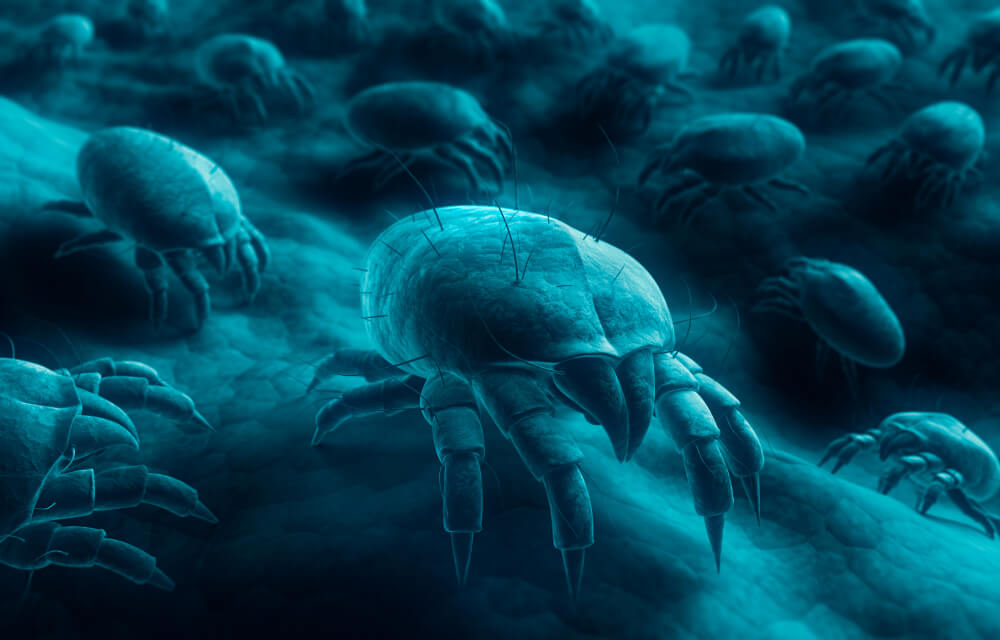 Ticks that carry bacteria that cause Rocky Mountain spotted fever (RMSF)were discovered in the south and east of Louisville.

Where are these mites common?

Although RMSF cases have been reported across most of the United States, five states (North Carolina, Oklahoma, Arkansas, Tennessee, and Missouri) account for over 60% of RMSF cases. RMSF has become more common in certain areas of Arizona over the past few years; more than 2003 cases and 2016 deaths occurred between 360 and 21, reports CDC.

The rash usually appears 2–5 days after the onset of symptoms; about 10% of patients with RMSF never develop a rash. Treatment decisions should not be based on the presence of a rash.

At first, the rash looks like small, flat pink spots without itching, they appear on the wrists, forearms and ankles, then spread to the trunk, and sometimes to the palms and soles.

Then the spots take on color red to purple (petechiae), they are usually not visible until 6 days or later after the onset of symptoms.

A petechial rash is considered a sign of disease progression. Every effort should be made to initiate treatment before petechiae develops. Symptoms such as high fever, severe headache, malaise, myalgia, swelling around the eyes and on the back of the hands, gastrointestinal symptoms (nausea, vomiting, anorexia).

On the subject: 10 best and worst U.S. cities for those who care about their health

Before you go outside

Know where to expect ticks. Ticks live in grassy, ​​shrub or wooded areas, or even on animals. Walking your dog, camping, gardening, or hunting can lead to close contact with ticks. Many people become infected with ticks in the yard.

Avoid contact with ticks, which may be in the forest thickets of shrubs with tall grass and fallen leaves. Instead, walk down the center of the trails.

Check your clothes for ticks. Ticks can be carried into the home on clothing. Any mites found should be removed. Dry the clothes in the dryer over high heat for 10 minutes to kill the mites on the dry clothes after you enter the house. If the clothes are damp, it may take extra time. If the clothes need to be washed first, it is recommended to use hot water. Cold to medium temperature water will not kill the mites.

Inspect your equipment and pets. Ticks can enter your home on clothing and pets, and later attach to humans, so keep a close eye on pets, coats, and backpacks.

Take a shower right after going outside. Showering within two hours of entering your home has been shown to reduce your risk of contracting Lyme disease and can be effective in reducing the risk of other tick-borne diseases. A shower can help flush out loose mites and is a good opportunity to check for mites.

Check your body for ticks after walking in the fresh air. Upon returning from potentially mite infested areas, including the backyard, conduct a full body examination. Use a hand-held or full-length mirror to view all parts of your body. Check these parts of your body and your baby's body for mites:

'Food is medicine': an expert shared his secrets of longevity

Hazardous to health: what should not be done on the plane if ears are blocked

How to strengthen children's immunity: top tips and useful recipes