Home Our people Rallies in support of Navalny were held in the USA: CNN and HBO will make a film about the Russian opposition

On January 15 and 16, rallies were held in many cities in the United States to mark the anniversary of the return to Russia and the arrest of opposition politician Alexei Navalny. The capital of California is also no exception. Several hundred activists rallied outside the Capitol to express their solidarity with both the imprisoned opposition leader and hundreds of other political prisoners. 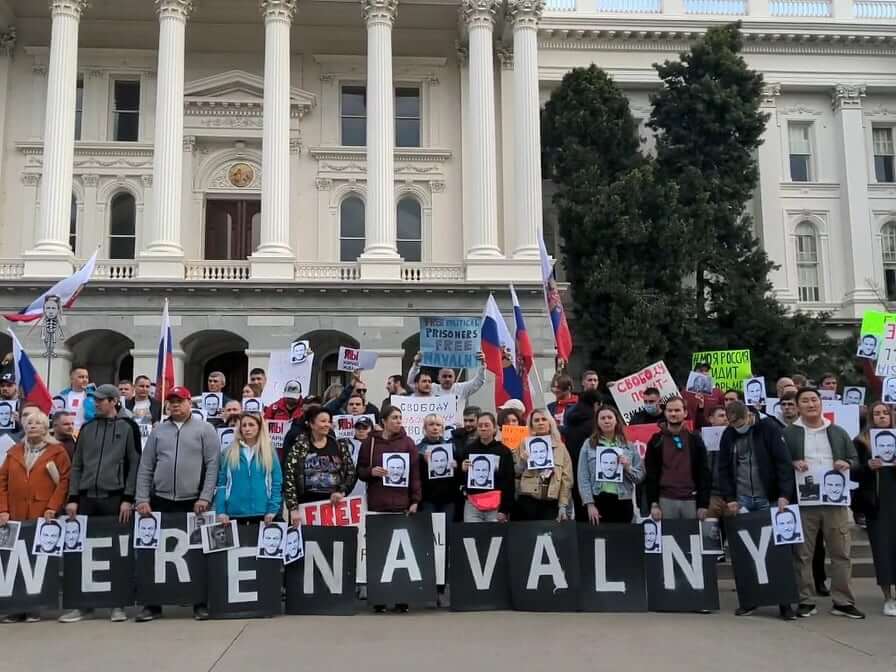 “Our action is, first of all, an action of solidarity with all those persecuted in Russia and in other dictatorships of the post-Soviet space, with NGOs and people declared so-called “foreign agents”, with organizations declared “undesirable”, and with all victims of Russia’s external aggression ”, the organizers explained. 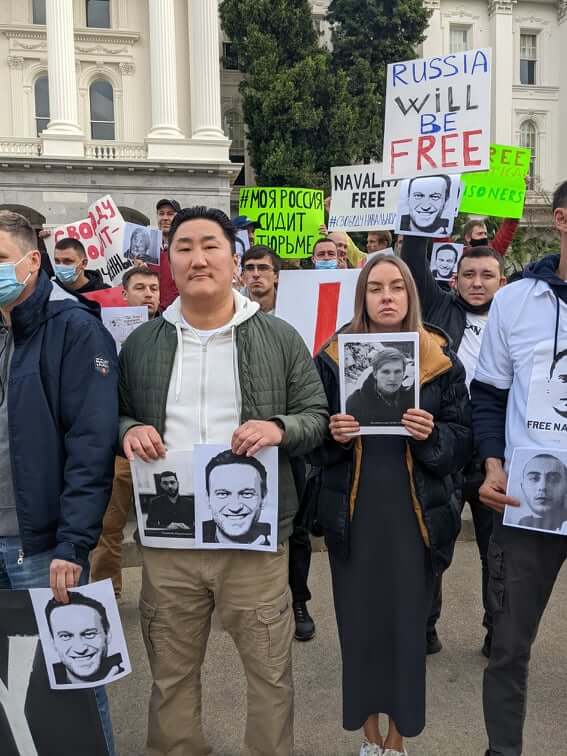 At the rally, the audience held flash mobs with photos of Alexei Navalny and other political prisoners, and also read some letters from the oppositionist from the colony, where he called not to be ashamed of the fact of forced emigration and not to take the unnecessary risk of prison, but to continue the fight from anywhere in the world.

On the subject: They are afraid to make mistakes and do not know how to reason: Russian students through the eyes of a professor from the USA

Most of the rally participants know firsthand what political persecution is. The protests brought together both “ordinary” immigrants and political refugees, many of whom literally had to flee Russia, asking for asylum on the southern border of the United States and passing through the harsh conditions of American immigration prisons. But even those who managed to leave in more “quiet” times admit that the forced departure destroyed their well-established life, and the pain from the inability to return to their homeland does not go away for years. 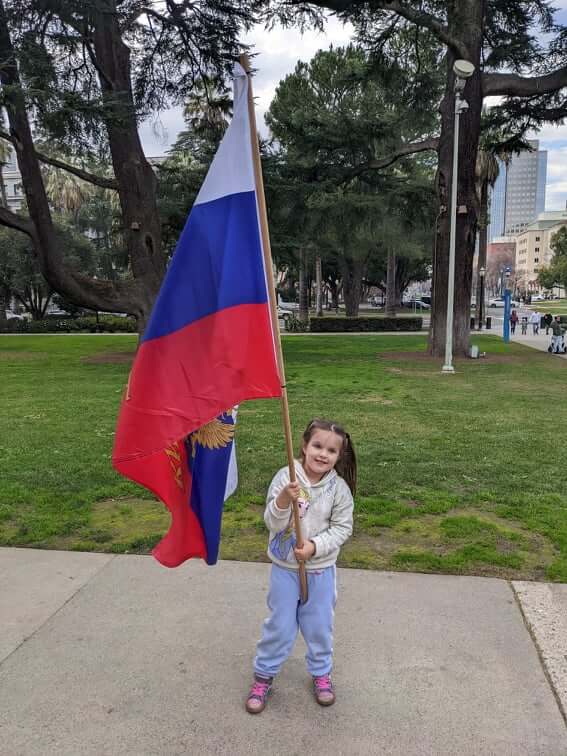 “What the Russian government is doing is unthinkable by all human standards, and people should know about it. The more we talk about it, the more likely it is that it will deter them a little, and their crimes will not take on more ugly forms, ”said Anna Berbeneva, coordinator of the rally and the political emigrants’ aid group in Sacramento.

Anna herself has not been in her homeland for more than six years, and she admits that this was a real tragedy for her.
“This is a very big pain for me. I feel like my country has been taken away from me,” she says.

Another political emigrant, Mikhail Nikitin, has similar feelings. Forum Daily has already written about how a young man had to spend a year and 8 months in a US immigration prison. At the moment, this is a record term for asylum seekers at the border from among the Russians. Nevertheless, Mikhail does not regret his choice and admits that he would not like to be in the place of Alexei Navalny in a Russian prison.

“When I left, I lost, in fact, my whole life. I have everything left in Russia - not only the property seized by the authorities, but also friends. I’m only glad that my friends weren’t imprisoned, although they helped me leave the country,” says Mikhail.

Yekaterinburg resident Yelena Pariy and her husband applied for political asylum on the southern border of the United States a few months ago, but, fortunately, escaped imprisonment. In her hometown, Elena was a well-known activist, worked as a secretary of the local branch of Open Russia, and now, going to a rally, she hopes that this will at least provide moral support to her comrades-in-arms who remained in the Urals. Elena herself is sure that it was not safe for her to stay in Russia. The woman already had two administrative penalties for participating in rallies, and the third could well end up in prison.

“I was awarded 80 hours of compulsory work, that is, in fact, slave labor. I refused to work them out on principle - it was simply humiliating, and I believe that they were imposed illegally. In addition, the security forces openly threatened me with prison. But due to compulsory work, I was banned from leaving the country. We left secretly, through Belarus on a night train. We flew to Mexico already from Minsk. To be honest, I feel a little guilty that I can't be around the friends who once believed me. I myself attracted some of them to human rights activities,” says Elena.

Such stories, unfortunately, are now increasingly becoming commonplace. Nevertheless, the activists assure that even being far from their homeland, they maintain an inextricable connection with their comrades-in-arms who have remained in Russia.

Navalny survived an assassination attempt poisoned with a deadly nerve agent in August 2020. During a months-long recovery, Navalny makes shocking revelations about his assassination attempt and decides to return home. Despite the risks to his personal safety, he voluntarily returned to Russia on January 17, 2021 and was arrested immediately after arriving in Moscow. 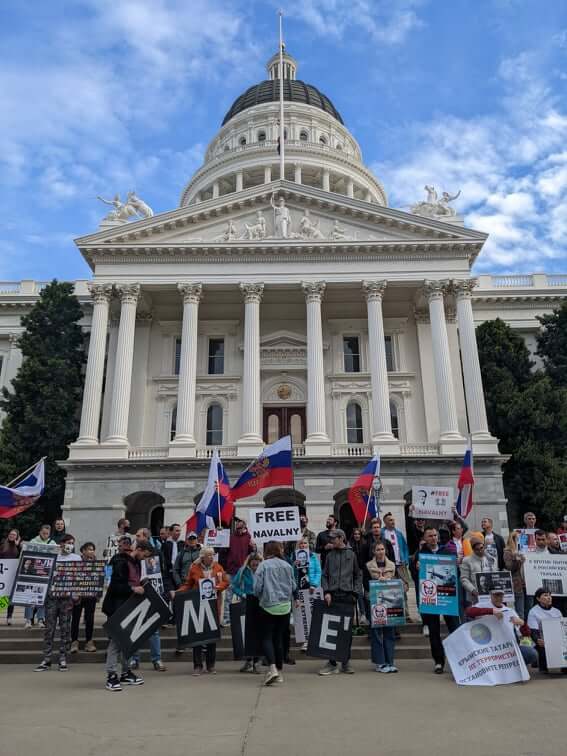 January 17, 2022, marks a year since Navalny was imprisoned for leaving Russia in connection with a previous suspended sentence.

Navalny is being produced by Odessa Rae of Raefilm Studios, Diane Becker and Melanie Miller of Fishbowl Films, and Shane Boris of Cottage M. Amy Entelis and Courtney Sexton of CNN Films, and Maria Pevchikh are executive producers. CNN will air the film in North America. HBO Max and CNN+ own the broadcast rights. Other distribution rights for the documentary remain available.