Home In the U.S. In the United States, illegal immigrants are let in for months, even with a criminal record

An employee of the US Immigration and Customs Enforcement (ICE) said that illegal immigrants with a criminal past are allowed into the United States. A video has also appeared on the network in which illegal immigrants are waiting for a bus at the Texas airport, writes New York Post. 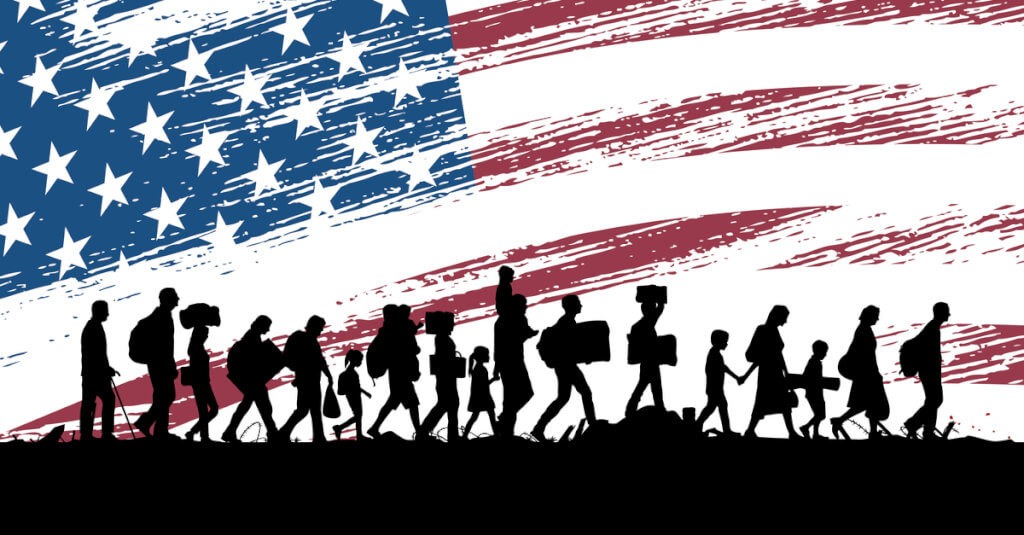 An ICE agent involved in the immigration operation said it has been going on quietly since the spring.

Some of the illegals have criminal convictions, including assault, drunk driving, drug possession and illegal re-entry, he said.

ICE did not deny that they were letting immigrants into the United States, but clarified that this is done on a case-by-case basis after all factors are taken into account.

Journalists showed a video filmed at the San Antonio International Airport in Texas, which showed about two dozen men. They gathered their things and lined up on the sidewalk before being escorted to the terminal.

A woman at the front of the line, who reportedly works for an unidentified non-governmental organization, raised her hand in an attempt to shield her face from the camera.

On the subject: Illegal immigrants will be allowed on planes in the US on arrest warrants instead of ID

“People at the airport said this has been going on for months,” correspondent Bill Melugin wrote on Twitter.

This followed the revelation of the Aug. 13 police camera footage of illegals being allowed into the US and interviews with federal contractors involved in the events.

In the video, one contractor blamed the covert nature of the operation on the administration of US President Joe Biden, saying, "Because if it gets out, the government will betray the American people."

The 51-minute footage was obtained by former Westchester County Executive Rob Astorino, a Republican gubernatorial candidate, at the request of the Freedom of Information Act.

“I was completely shocked when I saw the content of the video,” Astorino said. The recording confirmed everything I suspected. The government deceived us."

Astorino, among other things, disputed government claims that only minors were transported on flights to Westchester.

“I saw grown men get off these flights, get on buses and go to our communities, and we don’t know who they are,” he said.

Fox News aired on television what the company says was the first video documenting the entry of adult illegals into the US at Valley International Airport in Harlingen, Texas.

Some of these illegals reportedly said they were on their way to Atlanta, Houston and Miami. They paid $2000 each to have them shipped to the US by a Mexican cartel.

“In just a few hours, I saw more than 130 single adults disembark,” she wrote.

White House press secretary Jen Psaki said the Biden administration continues to expel adult migrants in accordance with federal law. It is known as Section 42, which allows the government to deny people entry to prevent the spread of infectious diseases.

This week, US Customs and Border Protection released statistics showing that 178 immigrants registered at the southern border in December, up 840% from November.

According to the data, less than half (78) were expelled under Section 589.

Sheriff in Texas stopped illegal immigrants on the way from the border, took away their money and property

In 2021, ICE released more than 100 thousand illegal immigrants on parole: almost half of them are now hiding

Courts in Houston reject almost 100% of asylum applications in the United States: what is the situation in other cities