Two experimental contraceptives for men are one step closer to being on the market. This became possible after tests showed that they suppress the production of sperm. The drugs received high marks from the men who took them. Read more about the news told the publication Insider. 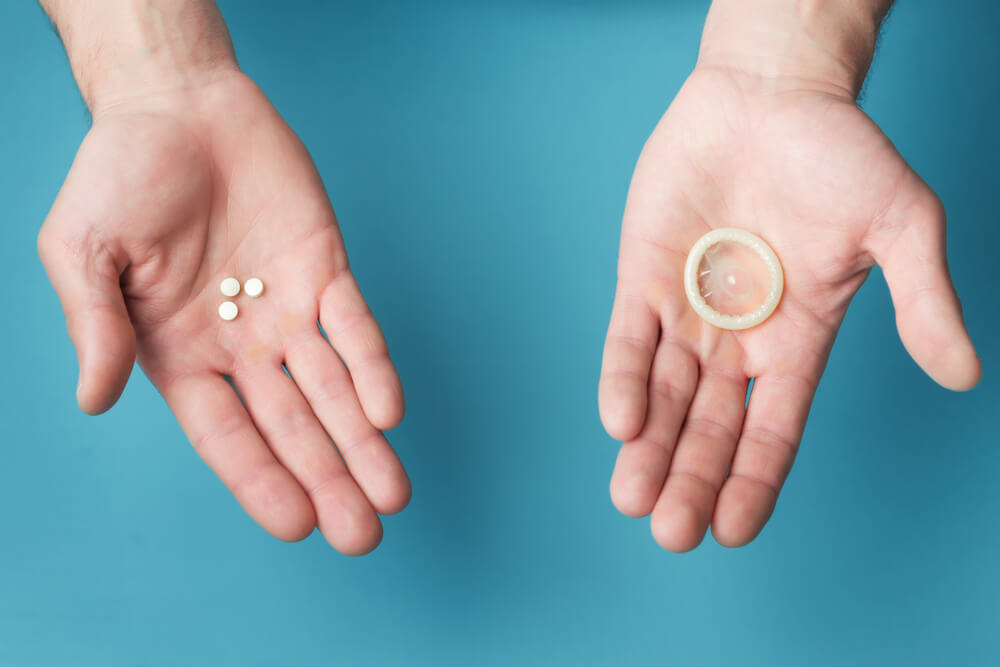 The researchers say these drugs could be a promising alternative to the only available male contraceptives, the relatively high failure rate of condoms and vasectomy.

While researchers have been studying male contraceptive options for decades, the current trial was the first to be conducted in humans. The drugs supply the body with synthetic hormones that suppress the production of natural testosterone and therefore sperm without causing the side effects of low testosterone such as erectile dysfunction, depression and decreased muscle mass.

The area as a whole has been slow to promote such contraceptive options after research and their entry into the market due to issues such as a lack of investment from pharmaceutical companies and a lack of clarity about which product men will buy. This was reported at the Washington Reproduction and Contraception Research Center (CRRC).

But a recently released study of about 100 men who took the pill for 28 days found that 75% would take the pill again. Of those who were given a placebo, only 46% of the subjects said they would use the pills again.

On the subject: 'Antibodies to pregnancy': scientists have developed a revolutionary method of contraception

Three men who tried the pills in the CRRC trial said they had a positive experience.

Storm Benjamin was browsing Facebook when he noticed an ad inviting participants to test male contraception. The 31-year-old musician from Seattle, Washington, does not want children and has often heard from women in his life about the downsides of birth control methods, such as acne and decreased libido.

“There was no hormonal male option, and that always worried me to some extent,” he noted. When this announcement came out, Storm thought, "I can help bring this to market."

So after responding to an ad and being screened by the CRRC in 2018, Benjamin was sent home with a pill schedule to take every day for 12 weeks after a high-fat meal. He visited the clinic about once a month to provide sperm samples and basic testing. Storm received about $1500 for his participation in the program.

Benjamin said he did not experience any negative side effects.

“Anyway, I got this feeling after I took the pills, which I can only describe as a slight euphoria and relaxation, which was really strange,” he explained.

The researchers reported that this may be a reaction to the synthetic hormones that are part of the drugs.

As Benjamin said, the only drawback was that each dose included five or six large tablets, which he hopes will not happen if the drug comes on the market.

There were also some awkward moments when the musician went to the clinic to give a sperm sample.

"Everyone knows what's going on and they're trying to be professional," he commented, noting that the center provided "inspirational materials."

Storm said his experience was very positive and he signed up for another contraceptive injection trial, which ended in May 2022. As a result, the guy preferred the pills because the injections were painful.

The only thing holding him back from having a vasectomy, he says, is his inability to participate in future trials.

When Rufaro Huggins' son, now a teenager, was born by emergency C-section, he felt helpless. He was not even always allowed into his room.

A similar feeling arose when he and Kayla consulted with specialists about the potential risks of rebirth. “I realized that a woman has a lot of responsibility in both planning children and carrying out pregnancy and childbirth,” Huggins, 40, said.

The couple abandoned their second child and the man decided to take part in the CRRC trials to "do his part".

Since 2016, he has participated in several pill trials. Huggins said he didn't notice any emotional change other than a two to three pound (1 kg) weight gain. He is a long-distance runner training for a marathon and has been able to maintain his daily routine while taking pills.

Huggins, who works in Washington State, said he would have signed up for another trial had the pandemic not intervened. The current abortion challenges in that country make such a drug particularly needed, he said.

“In my opinion, we all could do much more for society, especially men, to ensure balance and responsibility,” said Rufaro.

Men should "take over everything we can and ensure that there is less pressure on the woman to be responsible for whether or not to have a baby".

As newlyweds who didn't plan on having children, Steve Owens and his wife weren't satisfied with their long-term birth control options. They didn't like the idea of ​​a wife taking hormonal birth control for decades, and condoms "were a bit of a regression."

So when Owens, then 20, heard on the radio about male contraceptive trials he could take part in, he jumped at the opportunity.

That was over 20 years ago, and since then Owens has participated in many such tests. He has tried gels, implants, injections, and in a recent trial, pills. Periodically, Steve took breaks to allow his body to reboot. During this period, the couple conceived two children.

When Owens, a high school teacher, turned 50 in February, he could no longer participate in the trials and had a vasectomy.

Steve said the implant was the "coolest" birth control method he's tested since he never had to think about it after he put it in. Gels liked the least.

People, as a rule, when they found out that he was testing, perceived it with delight.

But Owens suspects that the stigma surrounding male contraceptives and the lack of research funding that go hand in hand is preventing all options from reaching the market.

“I am a normal functioning person who has a career and I have nothing to fear,” he assured. “I just think that if more people knew about it and understood how safe and effective it is, then it could become a lot more popular.”