Home Page In the U.S. In the United States, they are preparing for a multibillion-dollar invasion of cicadas: this has not happened for 17 years

Billions of cicadas will appear in 15 states and Washington, D.C., with some of them possibly as early as late April or the first week of May. USA Today. 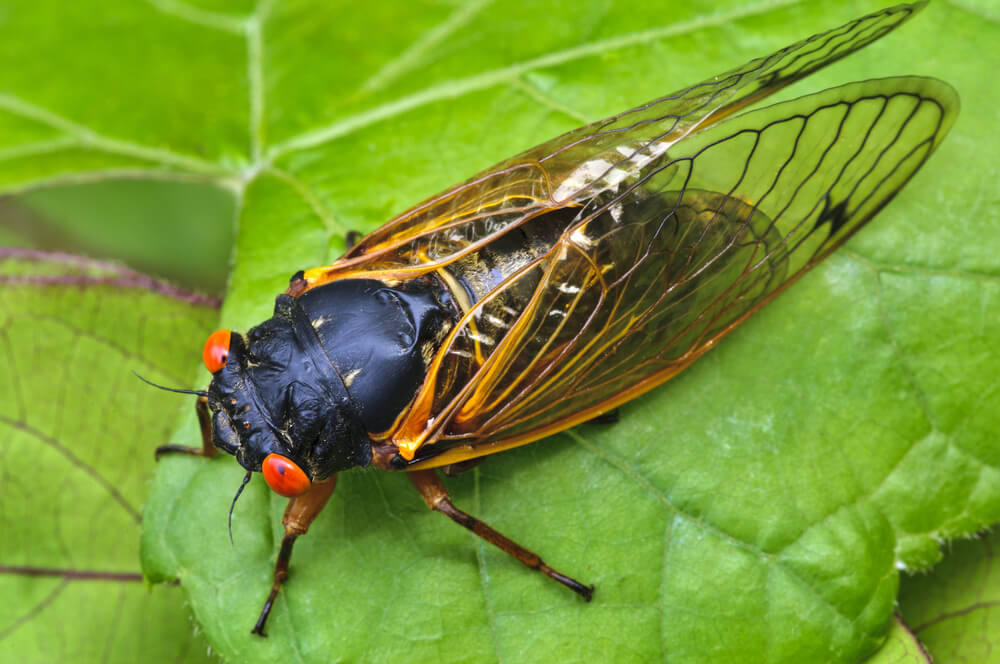 This was reported by Gene Kritsky, an expert on periodic cicadas and dean of the Faculty of Behavioral and Life Sciences at Mount Saint Joseph University in Cincinnati.

This year, a group of cicadas known as Brood X will be the largest of the 17-year-old broods in both density and geographic location. Although the name may sound dramatic, the "X" in this case is technically just the Roman numeral "10".

Below you will find answers to some of the most common questions regarding these large red-eyed insects.

Where will Brood X cicadas appear?

There are three main large areas where the largest flocks of these cicadas can be seen, Kritsky said:

When will the cicadas appear?

“It's hard to make predictions other than (by looking at) long-term climate trends,” said Kritsky. But, as a rule, these temperature markers appear earlier for the southern states. As such, northern Georgia may have favorable conditions for Brood X to appear around the first half of May, with Cincinnati being able to reach that point around mid-May.

But Kritsky said that in areas where Brood X is located, which has an unseasonably warm April, cicadas may appear earlier than in previous years.

How loud can a swarm of cicadas get?

“These individuals will crawl out every 17 years, and they know they have only one purpose - to mate and reproduce,” said Jerome Grant, an entomologist at the University of Tennessee. "So they'll make a lot of noise to get the females to mate."

Competing males tend to flex their muscles. Male cicadas have a special ribbed organ called the timbal. When they tighten the muscles, the ribs rub against each other and make a sound.

“There is evidence dating back to the 18th century that people ate swarming insects,” said Kritsky, who once tasted them himself. “It’s not a habit for me.”

“They taste like cold canned asparagus to me,” said Jerome Grant, an entomologist at the University of Tennessee, adding that it is best to harvest them immediately after molting. - Then they are still soft. You can freeze them or prepare meals with them. They make good roasts and are good for making dumplings and stews. ”

In 2004, the last time Brood X swarmed around the country, a group called the Cicadamaniacs from the University of Maryland released a cookbook full of insect recipes, including dishes such as soft-shelled cicadas, cicada dumplings, and fried cicadas.

Americans are moving to Texas en masse: how much does it cost to live in the state

The United States found the cause of the mysterious illness of American diplomats: they were attacked