Home In the U.S. In the United States, powerful thunderstorms and tornadoes are raging: 100 million residents are at risk, there are casualties

In the United States, powerful thunderstorms and tornadoes are raging: 100 million residents are at risk, there are casualties

Severe weather conditions - including tornadoes in the Atlanta area - continued to rumble over the storm-plagued south on May 3, the day after several tornadoes were recorded in the Mississippi. The bad weather continues and may intensify, writes USA Today. 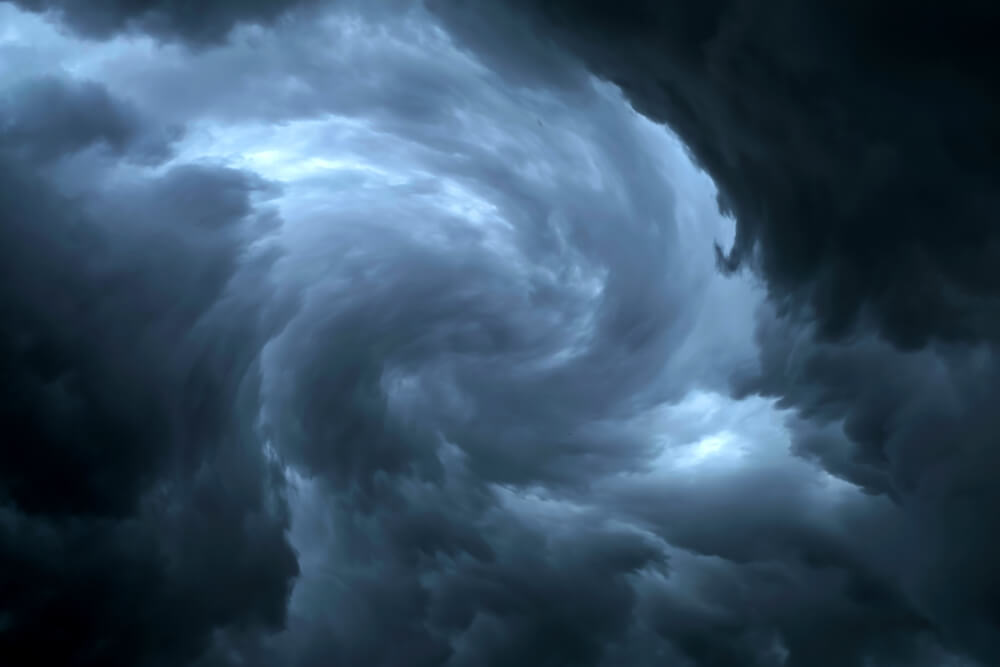 Overall, more than 100 million people from New Mexico to Delaware are at risk of some form of severe weather, the Storm Prediction Center said.

Forecasters have warned that on Tuesday, May 4, stronger storms are expected in the southeast of the country. According to the Forecast Center, large parts of Louisiana, Mississippi, Alabama and Tennessee are among the states most at risk.

Thunderstorm hazards on May 4 will include hail, flash floods, tornadoes, and destructive direct wind gusts up to 75 mph (over 120 km / h), according to AccuWeather.

A confirmed EF-1 tornado struck through Atlanta, the National Weather Service said. Firefighters said he knocked down trees in the area and killed one person in Douglasville, Georgia, when a falling tree brought down power lines on his vehicle.

A tornado touched down in Atlanta this morning. This is from Fulton Industrial ..pic.twitter.com/r5sbp2QcKE

In central Georgia, Karla Harris, 55, was killed after a tree fell on her home in Bonaire, Houston County emergency officials said.

In West Virginia, Jefferson County Communications Chief James Hayden said one person was injured when a tornado hit a logging company. According to him, the injury was minor, and the person received medical assistance at the scene. Hayden said the outside lumber shed collapsed.

On the afternoon of May 3, tornado warnings continued to operate in parts of Alabama and Georgia, as well as South and North Carolina.

A tornado damaged several businesses and homes as it swept through Calhoun City, Mississippi, late on Sunday. pic.twitter.com/01KbiFSMZu

Photos from the National Meteorological Service in Memphis show several fallen trees and power lines. The high school, as well as the homes and businesses of Tupelo, Elvis Presley's birthplace, were affected. There have been numerous reports of damage to homes on Elvis Presley Drive, just down the street from the famous singer’s birthplace.

In Tompkinsville, southern Kentucky, on the morning of May 3, a severe storm damaged about 30 houses, knocking down trees and power lines.

Day and night on Sunday, May 2, a series of violent storms swept across the Mississippi. In the evening, a "tornado emergency" was declared in Tupelo and surrounding areas.

On the subject: Torn off roofs and power lines: a series of powerful tornadoes swept across the Mississippi

Footage showed the aftermath of damage from a tornado that ripped through Calhoun City, Mississippi and damaged several businesses and homes. In Tupelo, the powerful tornado caused damage to properties. https://t.co/h7pJu1jPZn pic.twitter.com/HrX7QjV6W7

“I opened the door and saw trees flying”

The tornado caused severe damage in Terry, Mississippi on the evening of May 2, breaking trees in half and uprooting many of them, according to the National Weather Service.

Tyler and Taylor McPhail were not home when the storm began at 19:45 pm and quickly intensified.

A strong wind from the storm uprooted an oak tree in the courtyard of the house and dropped it on their one-story house, breaking through the roof over their living room. It was the first violent storm in the five years of their life in the city.

“We were just really lucky we weren't at home,” Tyler said.

About a mile from the Macphail home, Claude Jackson was watching the weather on TV when he heard what he initially thought was hail. He walked to the front door and quickly learned that his house was littered with debris blown up by a strong wind.

“When I opened the door, I saw trees flying,” he said.

In the morning he was assessing the damage. Part of its roof was ripped off, so the sky was clearly visible from the bedroom. Branches of trees dotted the front yard.

News outlets also reported a tornado in the downtown Mississippi area earlier in the day. The Jackson, Mississippi Weather Service has shared several images of funnel clouds in different parts of the state.

In Yazu County, Emergency Management Director Jack Willingham said about 30 buildings were damaged and at least 10 homes were completely destroyed by tornadoes. Three mobile homes were also overturned, including one that still contained a resident. The unidentified boy was not hurt, Willingham said.

In Yazoo City at Highway 16 as the tornado passes. Video courtesy of Kimberly Jenkins. pic.twitter.com/ClqBeSP9BH

In the western part of the country, a storm in Colorado continued to bring heavy snowfall to the central Rocky Mountains. The Weather Service predicted 3cm of snow fell by the evening of May 30, and winter storm warnings and winter weather forecasts were in effect in northern and central Colorado.

And in California, unusually high temperatures could pose a threat of wildfires.