Home In the U.S. In the USA, a homeless dog stole a plush unicorn from a store 5 times and received it as a gift

In the USA, a homeless dog stole a plush unicorn from a store 5 times and received it as a gift

In the American town of Kenansville, North Carolina, a stray dog ​​came to the store five times and stole the same stuffed unicorn toy, says Hromadske.

In the end, the animal control officer bought the dog a favorite toy.

This story was told by the Duplin County Animal Search and Rescue Service.

For example, last week the employees of the Dollar General store told the Service that for the fifth time a stray dog ​​visited them and steals a unicorn toy.

The on-call officer took the animal to the shelter. But he could not leave him without a toy, so he bought it.

“It was one of the most unusual challenges of my life. The only guess is that he used to live in a house with the same toy, ”said the officer.

On the subject: The first dog from a shelter in the White House: what makes Biden's pets remarkable 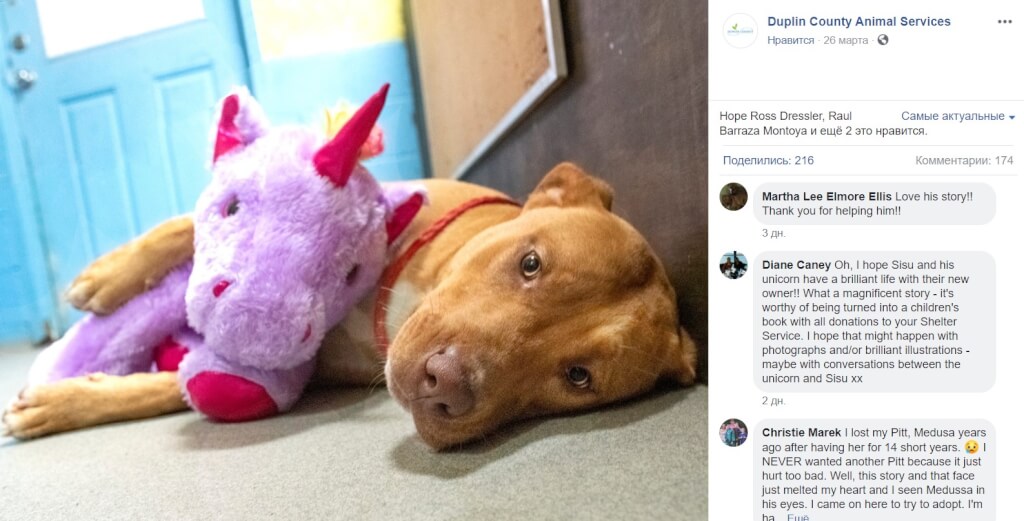 The dog was named Sisu, he recently turned one year old. Subsequently, the Animal Search and Rescue Service published photos on social networks in which Sisu hugs her toy.

This story quickly became popular, and the very next day Sisu was taken over by new owners.

In Wisconsin, a jeep crashed into a building: a dog was driving

Biden's dogs were evicted from the White House: one of them bit the guard