Home Page In the U.S. In North Carolina, hundreds of birds died crashing into museum windows

In Charlotte, North Carolina, a terrible incident occurred: hundreds of birds crashed into the NASCAR Hall of Fame building within an hour. In total, according to the estimates of the local bird rescue service, about 310 birds were affected. 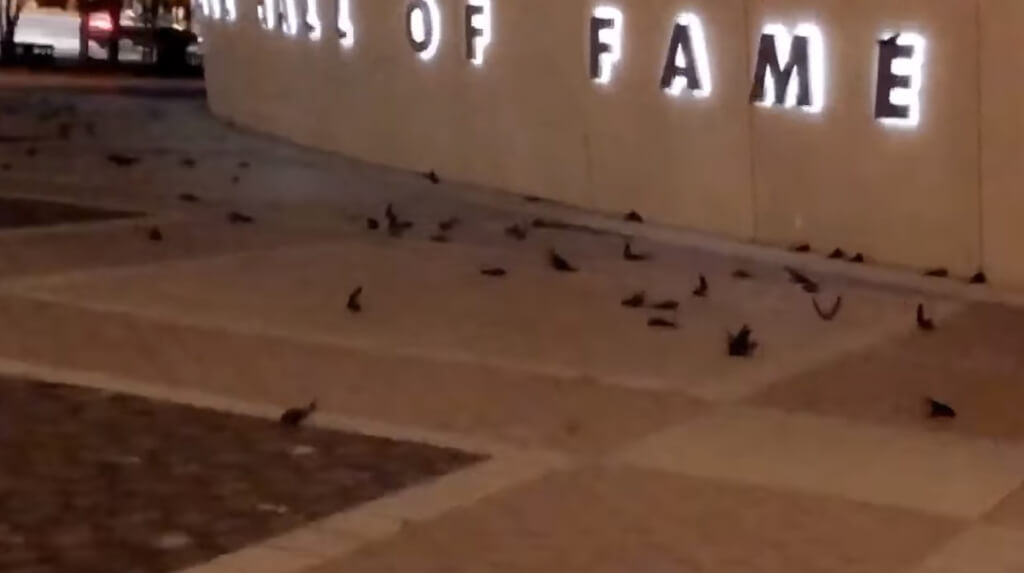 Most birds died, about a hundred need treatment for fractures, as well as hand-feeding, writes NBC News.

A video posted on Facebook and YouTube shows a flock of birds scattered across the ground - all of them crashed into the large panoramic windows of a building in downtown Charlotte.

The Carolina Waterfowl Rescue Service has identified the birds as smoky needle tails, a species that nests on vertical surfaces in shaded and closed areas. Probably, during the flight, they changed their trajectory, and therefore crashed into the windows of the museum.

According to estimates, 310 birds crashed on the windows of the building, about a third died, 10 had to be euthanized. Another hundred birds needed further treatment for fractures of wings, paws or other injuries. According to the rescue team, the surviving birds were in a state of shock.

On the subject: 'Smells like a thousand corpses': the family bought a house for $ 700 thousands, but it was captured by vultures. VIDEO

Rescuers emphasized that the loss of hundreds of these birds is a very bad event, because their population is already declining due to the fact that they are losing their nesting places.

“Clouded needle tails are insectivorous, so affected individuals need to be hand-fed. They need a large number of worms, - said the rescue service. "It's an expensive endeavor, but these birds make an incredible contribution to our ecosystem and eat hundreds of mosquitoes a day."

'Smells like a thousand corpses': the family bought a house for $ 700 thousands, but it was captured by vultures. VIDEO