Home At home In Russia, they came up with a new law on 'foreign agents': now this label can be placed on anyone and even their relatives can be punished

In Russia, they came up with a new law on 'foreign agents': now this label can be placed on anyone and even their relatives can be punished

Russia has developed a new draft law on "foreign agents" - "On control over the activities of persons under foreign influence." It has already been submitted to the State Duma of Russia for consideration. What is in this bill, said the publication Meduza. 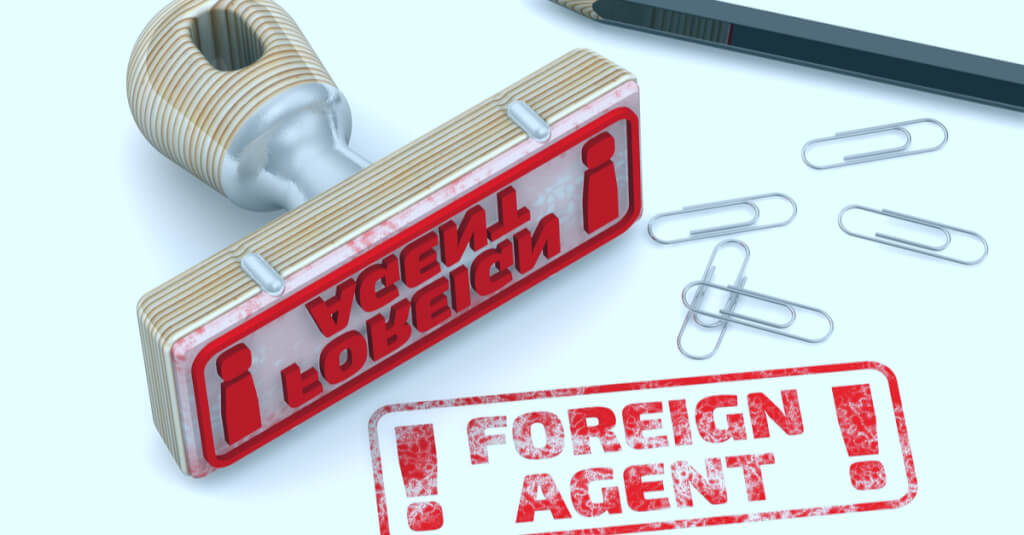 The document is necessary in connection with “great and growing attention to this to foreign agents of countries unfriendly to Russia who want to influence our citizens and state policy,” said Andrey Lugovoy, co-author of the draft law, first deputy representative of the State Duma Committee on Security and Anti-Corruption.

If earlier all the amendments about “foreign agents” were introduced into different laws, this bill will unite them all in one place.

The draft law proposes to declare as a “foreign agent” those who receive support from abroad or are “under foreign influence in other forms”, and also conduct at least one of the following activities:

"Foreign influence" is proposed to be considered the provision of support from foreign sources (for example, by a foreign state, its authorities, international organizations) or their influence - "including through coercion, persuasion."

On the subject: 'This is not emigration, this is exile': half of Russians, recognized as 'foreign agents', left the country

Now, in order to be recognized as a “foreign agent”, it is enough for the authorities to consider that a person is under “foreign influence”. At the same time, it is not necessary, as it is now, to receive foreign money or any other types of support from abroad.

But the bill does not explain how to prove that someone was influenced. Lugovoi stated that the wording would be added to the first reading.

The draft law contains the concept of affiliated persons; a separate register has been created for them.

“Affiliates are included in the new bill to make the situation with foreign agents more transparent. After all, very often certain “foreign agents” receiving support from abroad resorted to the help of intermediaries. We would like to make it clear who is associated with this person,” Lugovoi said.

According to him, the bill itself does not spell out who can be recognized as affiliated with "foreign agents."

“It can be anyone who helps them to conduct such activities, including relatives,” Lugovoi added.

A commercial company can also be recognized as a "foreign agent"

If the bill is adopted, the concept of "foreign agent" will acquire new formulations. Now they can be recognized by any individual, regardless of citizenship; a legal entity, both Russian and foreign; public associations and other associations.

Now commercial companies are also declared "foreign agents", but only if they are associated with foreign media.

For example, for Coca-Cola to be recognized as a "foreign agent", it must begin to conduct political activities, relying on foreign funding.

What else is in the bill

The bill, among other things, proposes to ban “foreign agents” from organizing public events, conducting teaching, educational, educational activities for children, producing information products for them, receiving state grants and investing in strategic enterprises of the Russian Federation.

It is also proposed to merge the four existing registers of "foreign agents" into one common one.

Block sites of “foreign agents” at the request of the Russian Ministry of Justice in case of violations, including in the absence of marking.

State bodies and companies, registered parties and religious organizations can be declared "foreign agents" in accordance with the bill.

Also, if the bill is adopted, a procedure for exclusion from the register will be developed. The person will no longer be a “foreign agent” in the event of death, liquidation of the legal entity, or a Department of Justice audit that proves that the “foreign agent” has not received foreign support within the last year.

The authors of the draft do not admit that it is tightening the existing norms and insist that the bill simply explains and clarifies them.

Previously, the document is ready to be supported by United Russia, the Liberal Democratic Party and Just Russia - For Truth.

“This is a very necessary bill, which concretizes and systematizes the legislation on “foreign agents”. They themselves wanted more clarity. Here we are introducing it with new norms,” said Adalbi Shkhagoshev, deputy representative of the United Russia faction.

How to transport an animal to the USA: step by step instructions and useful links

Avoid places that everyone is already tired of: 13 unique parks for families with children