In North Carolina, a mother and daughter are turning buses into incredibly comfortable mobile homes.

Lisa and Megan Donahue own Live Simply Buses in Graham, North Carolina. The buses they turn into houses are more than just a conglomerate of mechanical parts. They are members of their family. How women came up with the idea to do this business and how their business is developing, the publication told Yahoo!. 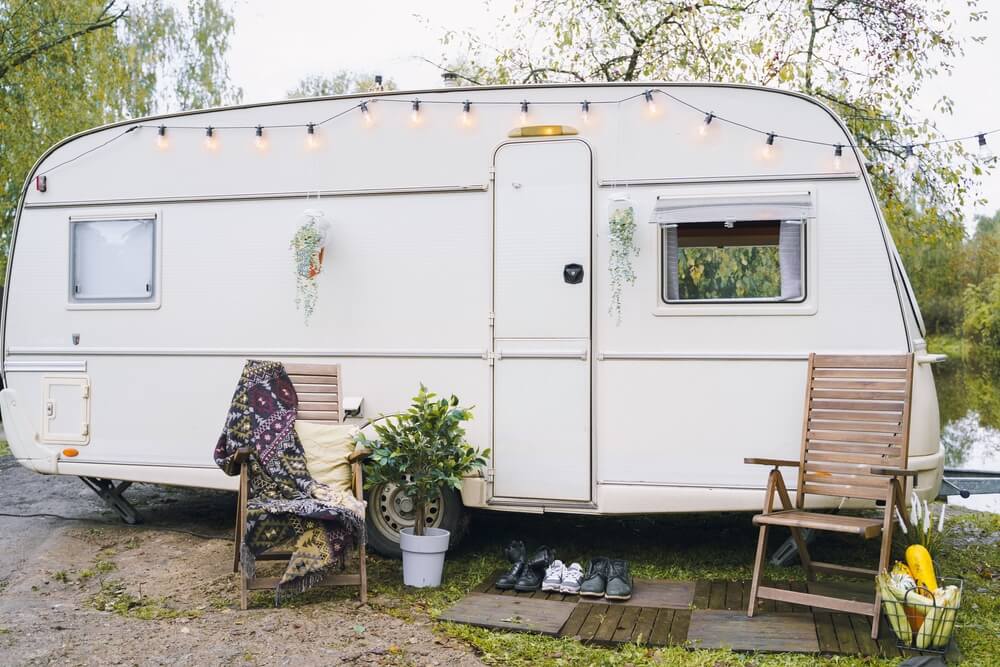 “We spent months on them and ended up loving them, so we make sure that the people who buy these buses love them as much as my daughter and I do,” said 57-year-old Lisa.

Her son and Meghan's brother, Michael, died in a car accident in 2015 when he was 15 years old. So they created the company Live Simply Buses in his honor.

The first bus built and sold by Donahue was called "Gus". It was a school bus, painted white and equipped with amenities for life. Since then, Lisa and Megan have converted 12 buses.

Donahue was told that Michael was fond of nature and loved spending time in her bosom.

According to them, Michael sometimes slept outdoors in a hammock, did zip-lines, and once rode an ATV 1000 miles (1 km) in a year.

Lisa explained: “All these buses are in his honor. Wherever they go, my son went too.”

She and her daughter transformed their first bus in 2017, and Live Simply Buses was formed in 2019.

On the subject: Mobility as a lifestyle: why Americans love RVs

Although the Donahue family built their first bus in 2017, both women had the skills to lead a company like Live Simply Buses.

Lisa is a visual coordinator and professional organizer, while Megan graduated from college with a degree in communication design.

"It's like organizing everything according to how we feel," Lisa remarked.

Repairing the bus costs around $25, the company's owners say, but the cost varies depending on decisions such as choosing a generator or solar power. These motorhomes typically sell for between $000 and $20.

They bought a yellow school bus from the Facebook Marketplace. Worked with family friend Bob, who coached Michael in baseball.

“Working with him, we created Linus. This is by far the best of our buses,” said Megan, referring to the quality. According to Live Simply Buses, Linus started out as a Chevy Express Cutaway in 2011 and became a school bus in New York in 2012.

According to Meghan, they create the design in their heads and first make a plan to make sure everything on the bus serves more than one purpose.

“Any place to sit can serve as a storage compartment,” she pointed out.

One of the smart installations at Linus was an outdoor shower that Bob built from the side mirrors of the bus.

“You don't really need the side mirrors used to keep an eye on kids walking on the bus if you're just driving. So we took them off and turned them into showers,” Meghan explained.

“Everything inside is custom-made,” she remarked. “Usually, for motorhomes, we buy bus cabinets, but Bob made them by hand.”

Each bus has its own personality and a special name with a hidden meaning.

Donahue explained that their motorhomes take on a personality during the refurbishment process - they give them a backstory and each has a unique name that always ends in "we" (us).

“The name of every mobile home ends with us, because this is our bus,” Lisa emphasized.

Refurbished, this tiny house has taken on a modern waterfront theme with wood countertops, white shelving, storage space and multiple windows through which drivers can view nearby coastlines. It has a dining area that converts into a sofa or double bed, as well as an outdoor shower and toilet.

According to the women, part of the teamwork was to use the strengths of each of them.

Lisa explained that Megan "does everything online", such as marketing and selling buses on the Facebook Marketplace.

Megan said that Lisa “provides a lot of experience and knowledge that I sometimes like to ignore. My mother is a performer, she is very attentive to details, so she will catch even what you don’t notice.”

Even so, they have disagreements from time to time.

On the subject: The couple turned the school bus into a motor home for traveling around the US

“It's not because we're mother and daughter. The fact is that the work is hard and exhausting,” Lisa explained. “We get upset in each other not because of human factors, but because of the task.”

But in general, Megan noted, they balance each other well, although they have discussions, because they are a family.

Connecting with travelers and building relationships is one of the main focuses of Live Simply Buses.

According to Meghan, one of her favorite aspects of the job is building relationships with the people who buy their homes. She described how some buyers were overwhelmed with emotion when they purchased their dream home.

"It's the kind of happiness that I want everyone to experience," she said. - Even if people are adults, they still hug. Many do not even know what to do in such a situation.

Megan said that many of the new owners of Live Simply Buses want to keep Michael's spirit alive.

“This is not just a bus. We see him as a member of our family,” she stressed.

Lisa explained that their main goal is to encourage everyone to live in the moment:

“Especially after what happened to us, we want you to know that you won't always have a tomorrow. Make time for the people in your life."

The 'cheapest' dates for summer flights