Home In the U.S. In one of the US states, an emergency was declared due to forest fires: hundreds of people are being evacuated

In one of the US states, an emergency was declared due to forest fires: hundreds of people are being evacuated

On Tuesday March 30, South Dakota Gov. Christie Noem declared a state of emergency over fires that forced hundreds of people to evacuate and shut down Mount Rushmore. Writes about it CNN. 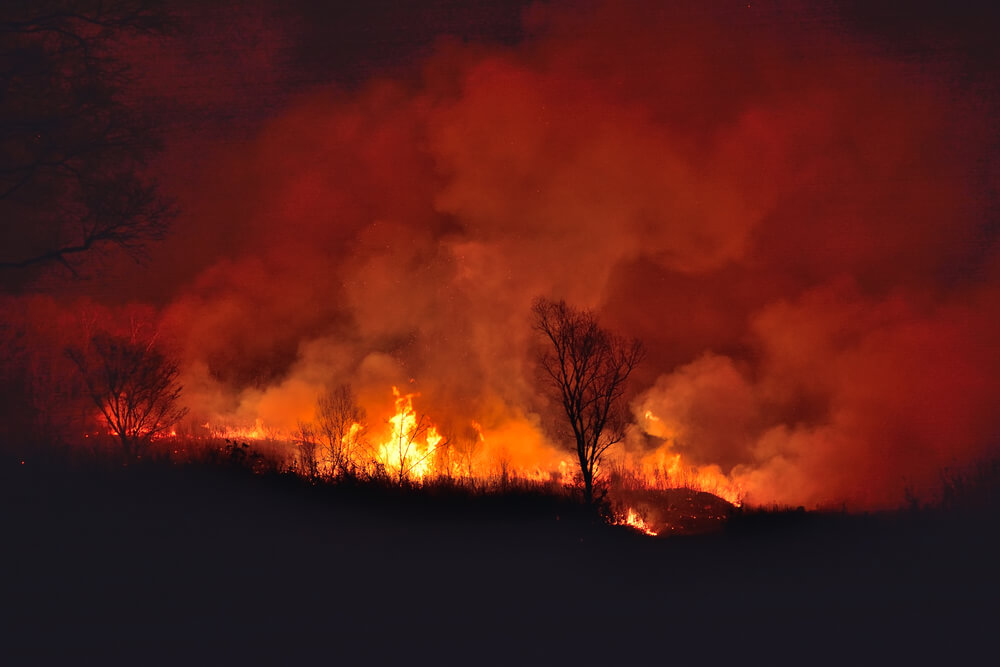 The state of emergency will last until June 1 due to "severe drought and dangerous fires," the governor's administration said.

“This order is in response to numerous fires occurring across the state. The order will allow the state to provide great assistance to local firefighters and volunteer firefighters, ”the statement says.

The Schroeder Fire, which erupted in Pennington County just a mile (1,6 km) west of Rapid City's borders, has forced 400 to 500 homes to be evacuated since its inception Monday morning, March 29, Rob Powell said at a press conference. , the commander of the incident services.

+ 70mph gusts reported just west of #RapidCity #SouthDakota & bone dry caused the fires to become erratic.
Limited evacuations were ordered and roads towards #MtRushmore have been closed.
Gusts will continue strong on Tuesday, up to 45mph. pic.twitter.com/Rgbpo0C9zj

Powell said about 30 acres (2100 hectares) of land were charred in a fire on the afternoon of March 850. Officials hope that the fire will be contained by 50% in the near future.

At least one home and two barns were destroyed in the fire, Pennington County Sheriff's office said on Facebook.

According to Noem, the fire started on "private property," but officials say investigations into the cause and origin of the fire are ongoing.

Hazardous weather conditions made it difficult for more than 200 firefighters on the scene to fight.

“We are in record dry conditions and strong winds are critical to this fight,” said Jay Esperance, director of South Dakota Wildland Fire.

No injuries or deaths were reported.

Noem also provided an update on two fires raging near Mount Rushmore National Memorial, which has been closed due to the threat.

This area is about 20 miles (32 km) southwest of Rapid City.

#SouthDakota wasn't the only place that saw fires popping up. #Minnesota saw a #fire spark near Glacial Ridge this afternoon. Here's the scene there. #MNwx pic.twitter.com/lWqiMKE8Aw

The two fires in the area were named 244 Fire and Keystone Fire.

The 244 Fire is estimated to be approximately 90 acres (36 ha), according to the last update on the Great Plains Fire Information website as of Tuesday, March 30. According to the website, the fire occurred about 1,5 miles southwest of Keystone.

According to the site, Keystone Fire's area had shrunk from 29 acres to 30 acres (15 to 12 hectares) by Monday evening, March 6.

“Fire officials are asking people to stay away from the area and allow firefighters to do their jobs,” the statement said.

The governor said at a press conference that no business is currently threatened by the flames.

“I want to remind everyone that this is an incredibly volatile situation,” she said. "The winds are a major factor, and as they change and become gusty, the fire can jump and we have to stay pretty mobile."

California will build the first residential complex in the USA, printed on a 3D printer

In Florida, the plane fell on a car: two adults and a 4-year-old child were killed

The worst plane crash in US history: how human error killed nearly 300 people