Home At home Ukraine and Russia continue the war over borsch: Michelin was dragged into the scandal

Ukraine and Russia continue the war over borsch: Michelin was dragged into the scandal

In 2021, the Michelin restaurant guide begins evaluating Moscow restaurants. In a press release, the company mentioned borscht and called it a Russian dish. Editorial staff MC.today tells why this can become a continuation of the "battle for borscht". 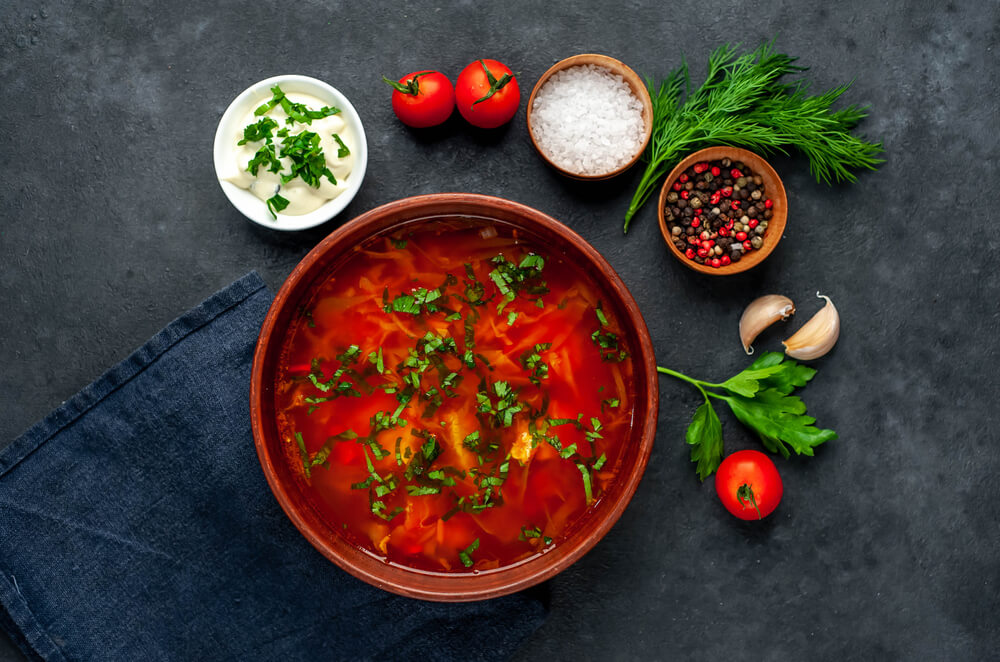 In 2021, experts from the Michelin restaurant guide will begin evaluating Moscow restaurants. The capital of the Russian Federation will be the first city on the territory of the former USSR where a guide will start working.

The press service of the company said that Russian chefs "willingly use vegetables and aromatic herbs that give a unique aroma to such famous first dishes of the country as borscht or rassolnik."

On December 24, the Ukrainian Embassy in France announced that Michelin apologized for this publication, writes Gordonua.

“And about borscht. Yesterday, having received the news about the launch of the Michelin-starred gastronomic guide to Moscow restaurants serving Ukrainian borscht, we talked for a long time with our Groupe Michelin contacts. The conversation was constructive. An apology was received from the company's management for “gastronomic imprudence with unexpected political connotations,” the embassy said.

On the subject: 'Crimea was not enough, you have to steal borscht': how Ukraine and Russia argue over a dish

At the same time, on October 6, 2020, borsch was officially included in the National List of Elements of the Intangible Cultural Heritage of Ukraine. The initiator of this process was Yevgeny Klopotenko. On his Facebook page, he said that a year and a half ago he created a public organization that was engaged in collecting documents and preparing this process.

He is not going to stop there. According to Evgeny, he will talk about borscht at a higher level. The next step should be the recognition of borscht as part of the cultural heritage of Ukraine by the UN Cultural Agency.

Many world publications have written about the "official" registration of borscht: The Times, The Washington Post, The New York Times. The publications called the incident "the beginning of the battle for borscht" between Ukraine and Russia.

The fact is, borscht is also considered "their own" in the Russian Federation. For example, in 2019, the Russian Foreign Ministry wrote that borscht is a "symbol of traditional cuisine" of their country.

Until the moment of official registration, which Klopotenko achieved, the "nationality" of the borscht was not registered anywhere.

“The first mention of borscht comes from Ukraine, every Ukrainian cooks and eats it, but at the legislative level, borscht was not Ukrainian,” said Yevhen Klopotenko.

'The most lively city I've been to': American student's impressions of Kiev

Different than we imagined: what do Americans think about Ukraine

Not only borsch and dumplings: how a Lviv woman collected the traditions of Ukrainian cuisine in the USA

Too believable emotions: the new humanoid robot scared everyone with its realism

Doctors did not notice: a leech lived in the child's throat for months, causing him anemia

Trump received from investors $ 1 billion for his social network: when will it be launched