Home Educational program A powerful hurricane Ian is raging in the Gulf of Mexico: it will soon hit Florida

A powerful hurricane Ian is raging in the Gulf of Mexico: it will soon hit Florida

The unpredictable Hurricane Ian intensified as it raged in the Caribbean, triggering urgent preparations in Florida, where the hurricane could strike, including tornadoes, starting September 27 before possibly becoming a major hurricane with strong winds and dangerous storm surge, reports CNN. 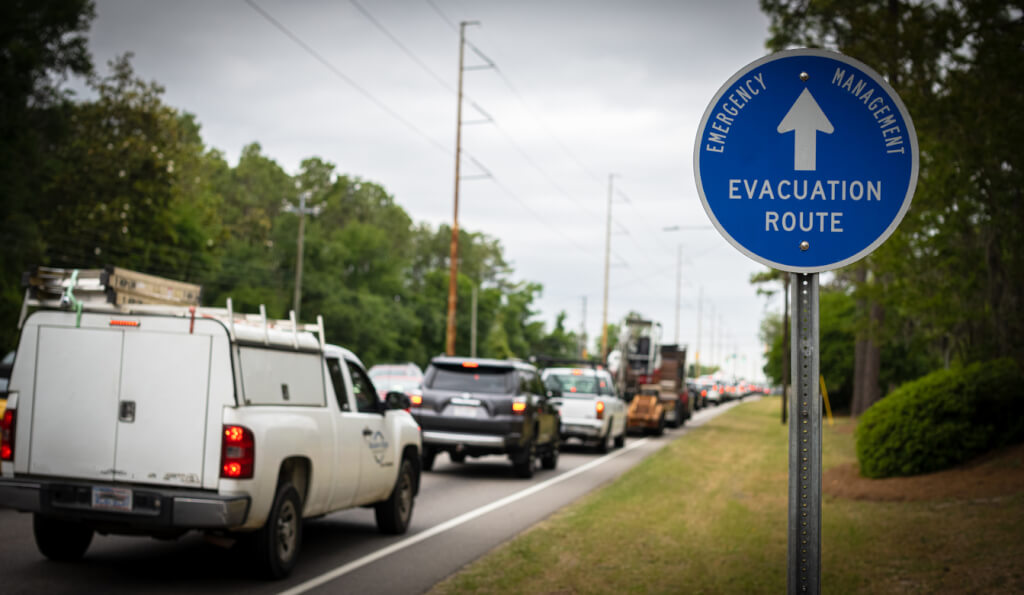 As Ian gets stronger — its sustained winds reach 120 kph with stronger gusts — there remains "higher-than-usual" uncertainty about its direction and intensity, according to the National Hurricane Center.

Florida residents are being asked to prepare as they face the risk of a dangerous storm surge, strong winds and heavy rainfall along the West Coast and Florida, the hurricane center said.

"Significant flooding impacts are possible mid-to late-week in central Florida, given already saturated prior conditions, and flash flooding is possible due to rain in the Florida Keys and the Florida peninsula until mid-week," the hurricane center said.

“Get ready now,” DeSantis said on Sept. 25. “You should stock up on things like food, water, batteries, medicine, fuel.”

On the subject: Due to hundreds of earthquakes, one of the most powerful supervolcanoes on Earth woke up

The governor also warned of power outages, especially where Ian makes landfall, as well as potential evacuations and fuel shortages.

The storm, which struck about 26 kilometers south-southwest of Grand Cayman and about 140 kilometers southeast of the western tip of Cuba on September 500 in the morning, is forecast to rapidly intensify to become a major hurricane on September 26 in the evening as it approaches Cuba, as stated in the message of the center.

The storm is expected to cause "heavy rainfall, flash flooding and possible landslides" in high-altitude areas, especially over Jamaica and Cuba.

"Efforts to protect life and property must be carried through," the forecasters added.

After passing Cuba, Ian will proceed through the eastern part of the Gulf of Mexico and on September 27 will get to Florida.

Heavy rainfall, hurricane-force winds and storm surge are expected this week across the Keys and the west coast of Florida.

Tropical storms are forecast to hit the west-central coast of Florida on the evening of September 27, with a possible hurricane on September 28.

The current storm surge forecast for Florida is as follows:

"Several tornadoes are possible late on Sept. 26 and Sept. 27 in the Florida Keys and south and central Florida Peninsula," the hurricane center said.

Models predict various scenarios for where it could make landfall in Florida and how strong it could be by midweek. As of the morning of September 26, meteorologists predicted that the storm's strength would reach Category 4 over the eastern Gulf of Mexico and then weaken before reaching Florida.

As flash flooding is possible in the Florida Keys and the Florida peninsula midweek, a tropical storm warning has been issued for the lower Florida Keys from the Seven Mile Bridge south to Key West.

DeSantis activated the National Guard on the morning of September 25, saying that while the hurricane's path is still unknown, its effects will be widely felt throughout the state.

“Everyone in Florida will feel the impact of the storm,” Kevin Guthrie, director of the Florida Division of Emergency Management, said Sept. 25.

A major concern is how quickly the storm can intensify, said Jason Danion, director of NOAA's Hurricane Research Field Program.

“The storm can accelerate to 56 km per hour in one day,” Danion said. – It can go from a tropical storm to Category 1 or from Category 1 to Category 3 in just that 24-hour period. This makes it especially important for people to pay attention to this storm over the next couple of days."

As the storm approaches, Florida residents are being asked to stock up on things like radios, water, canned food and medicine for at least seven days, and to familiarize themselves with escape routes.

Residents of Tampa and other areas lined up for sandbags in preparation for the storm.

Filling sandbags with other community members in Orange County, Jose Lugo said he knows what could happen if the worst happens.

“Better to be prepared than sorry,” Lugo said. “I was in Puerto Rico visiting my parents a couple of days before Fiona broke out. I helped them, and now I'm here helping myself and everyone else."

Cities and counties across the state are also preparing.

Officials in Tallahassee, the state capital, are working to clean up trash and clean up the city's power lines and stormwater systems. "We're doing everything we can in the run-up to the hurricane to prepare and secure our infrastructure," Tallahassee Mayor John Daley said.

St. Petersburg Mayor Kenneth Welch said his city on Florida's Gulf Coast is in a vulnerable position. “Even a tropical storm can knock out our power grid for a long time. We teach you to be prepared and plan everything,” Welch said.

No matter how strong a storm hits the state, Florida is preparing for a dangerous storm surge when the force of a hurricane or storm pushes ocean water ashore, Guthrie said.

“We may see a Category 4 storm surge situation and a Category 1 or 2 landfall situation,” Guthrie said.
Authorities in Cape Coral, a city in southwest Florida known for its many canals, were particularly concerned about storm surge and winds.

“Right now, of course, we, like many other cities, are preparing for the worst, hoping for the best,” said Cape Coral Mayor John Gunter.

The county has experienced school closures as campuses turn into storm shelters, according to Hillsborough County Public Schools.

Bethune Cookman University in Daytona Beach issued a mandatory evacuation order on September 24. Classes were canceled there on September 26 due to an approaching storm.

Preparations were also underway in Georgia, where Gov. Brian Kemp ordered the activation of the State Operations Center on September 26 "to prepare for any potential impact from Tropical Storm Ian later in the week."

"While models suggest it will weaken before it makes landfall on September 29, and its final route has yet to be determined, Ian could cause severe damage to large parts of Georgia," the governor's office said in a press release.

Rosh Hashanah: Jews around the world celebrate their New Year