With just six weeks left before the 2020 presidential election, sociologists and experts are focusing more on the handful of hesitant states that might ultimately decide their outcome. While the Second Amendment (the right to bear arms) was not at the forefront of this campaign cycle, the notion of gun rights has been a significant hotspot throughout the turmoil and uncertainty this year caused by the ongoing global pandemic, part of the country, writes Fox News. 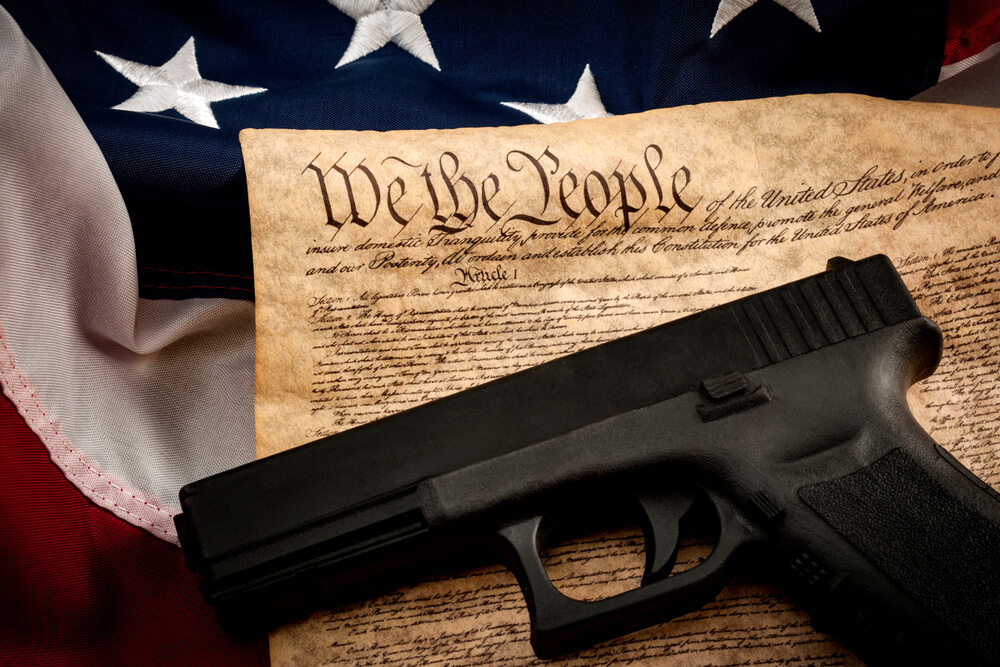 Between March and July of this year, the bureau conducted 93% more background checks on the right to carry weapons across the country, compared to the same period last year, according to the FBI. And the bulk of these applications come from wavering states.

The incumbent Republican President Donald Trump and his Democratic rival Joe Biden are at odds when it comes to their rhetoric about gun rights.

Trump has repeatedly vowed to "always support the right to self-defense, always abide by the Second Amendment." Meanwhile, both Biden and his vice president Kamala Harris have pledged to impose restrictions on the possession of firearms, limiting the number of firearms a person can buy per month, as well as bans on the manufacture and sale of assault weapons and large-capacity stores.

What is the position of the faltering states when it comes to purchasing firearms? Like most states in the United States, sales have skyrocketed this year, as evidenced by verification statistics from the FBI's National Instant Criminal Background System (NICS). These statistics show a marked increase between January and August as opposed to the same eight-month period a year ago.

Overall, arms sales growth in these seven fluctuating states has grown 2019% since 77,9.

“Wavering states will be critical to the outcome of this election,” said Ken Mahoney, political and financial analyst and CEO, Mahoney Asset Management. "These states had less than a 2016% margin to win in 1, so each campaign is sure to increase their focus on these areas over the coming days."

Biden's position runs counter to the demand for weapons in the states.

"This issue is important to many Americans, and it is evident in the recent surge in gun sales, as people fear that firearms will be banned if Biden wins," Mahoney suggested.

Dan Rodimer is a former professional wrestler and attorney who became a congressional candidate in Nevada's 3rd congressional district (sometimes referred to as the "wavering state"). There has also been a surge in arms sales here this year, with Rodimer emphasizing that fluctuating states are vital in 2020.

“Nevada is one of the fastest growing states in the country,” he emphasizes. "Both Republicans and Democrats recognize this, which is why both sides are competing so vigorously here."

On the subject: Amount of Americans Wishing to Have Guns Increased During Pandemic

However, other experts argue that the rise in arms sales in fluctuating states is likely to make no difference.

“Statistics show that gun sales are growing in fluctuating states, but mostly people who already own guns and are buying even more,” said Christina Antilo, CEO of government and public relations firm Ferox Strategies. - Biden, like most Americans, advocates stricter gun laws. He is for responsible gun ownership to ensure the safety of our schools and public places, not the destruction of weapons. ”

And other experts stressed that wavering states, after all, may not play the role of a decisive factor in the elections.

“There is not one common problem that is important to all wavering states; each has a few different hot topics, ”said Scott Sobel, senior vice president of crisis and litigation at Kglobal in Washington. - The growth in arms sales is driven by fear of instability. Legally buying a gun out of concern for your safety does not mean you don’t support background checks or selling weapons to people with psychological problems. ”

Older than the country itself: 5 interesting facts about the US Army