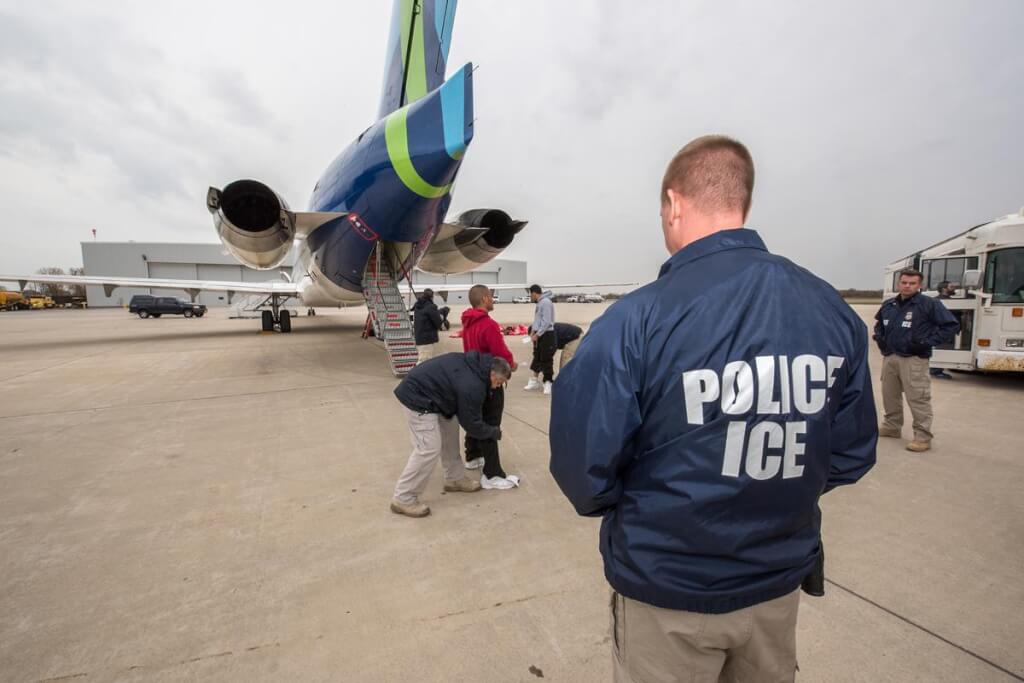 The Immigration and Customs Enforcement Service (ICE) must ensure the comfort and safety of foreigners who illegally enter the United States during their transportation to their home country, so the air deportation procedure is rather expensive.

ICE Press Service told how the flight of illegal immigrants and how much it costs American taxpayers.

Responsibility for the organization of deportations by air, the safety and well-being of foreigners during these shipments ICE Air OperationsServing all 24 ICE field offices.

The immigration and customs control service uses for charter flights, commercial airlines and land transportation. The expulsion of illegal immigrants from the United States can be accompanied by an ICE employee or unaccompanied.

For countries that do not have common US borders, air transportation is used exclusively.

Office ICE Air Operations located in Mesa, Arizona, there are booked for deportation charter or commercial flights, including transfers, if necessary. 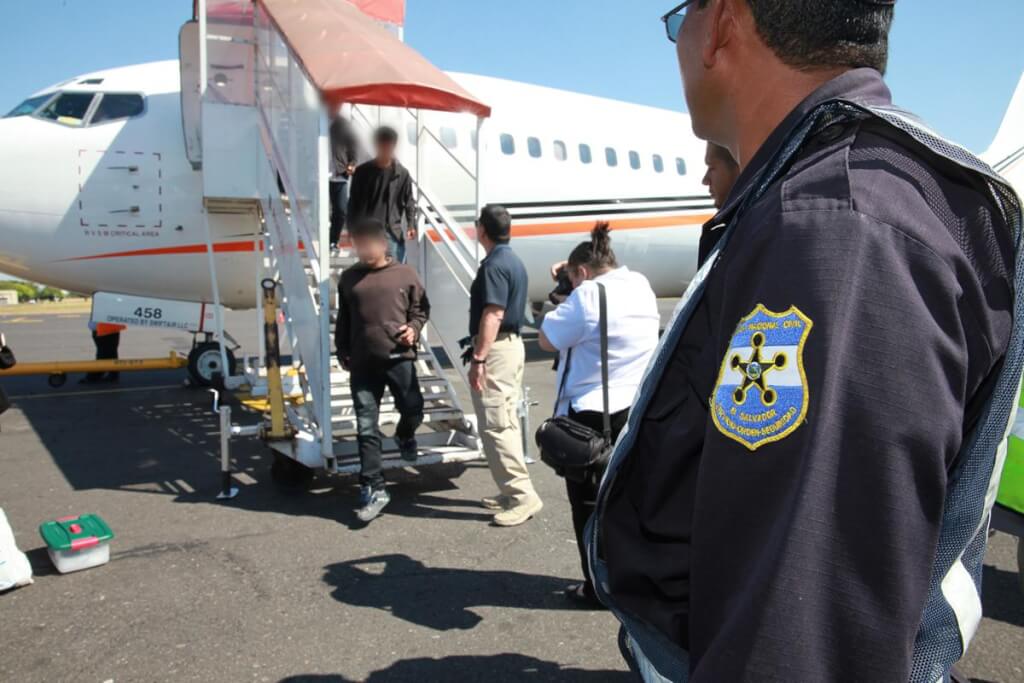 There are five locations in the USA from which ICE air operations are carried out: San Antonio and Brownsville, Texas; Alexandria, Louisiana; Miami, FL; Mesa, Arizona. There are daily operations for the movement of ICE agents across the United States, as well as deportation to countries such as Guatemala, El Salvador and Honduras. ICE Air Operations provide support for the expulsion of illegal immigrants to Mexico, the Caribbean and South America, and also organizes special high-risk mission missions to Europe, Asia and Africa.

A special high-risk charter mission is planned for the deportation of people who cannot be expelled from the United States through commercial airlines due to lack of flights or other security problems or risk factors. For example, illegal immigrants who may be aggressive during the flight or did not comply with the requirement of voluntary deportation earlier will be expelled from the United States using a special charter flight and a high-risk mission.

In addition, operations with a high level of risk include the removal from the territory of the United States of people who are considered a threat to national security, violators of human rights, are detained on foreign arrest warrants or are wanted in their country, etc. 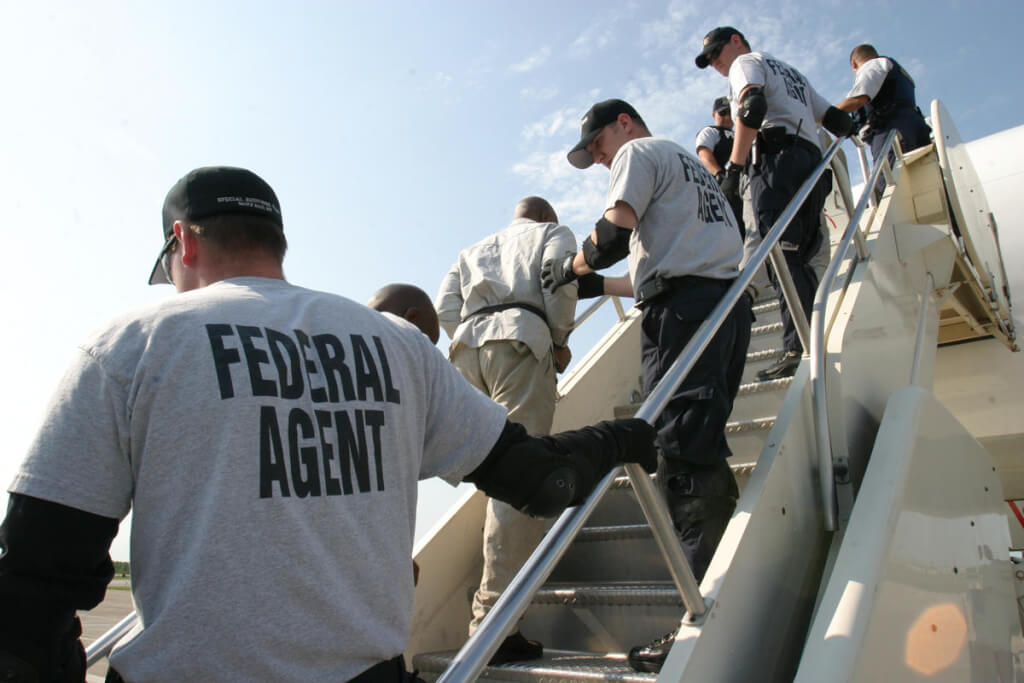 These flights are carried out in the presence of a large crew to ensure the safety and comfort of flight:

Before boarding the plane, the health worker conducts an inspection of the detainees in order to establish that they can make flights. This examination includes a check for tuberculosis, an overview of the medical history of the person being deported, as well as his current medical condition, including procedures and medications that may be needed during the flight.

If necessary, a visual and verbal medical examination is carried out to determine that the health of the foreigner complies with ICE requirements for the flight.

Any illegal person for whom the flight may carry a risk, or he may infect other passengers will not be allowed to board.

Every illegal person is allowed to carry 40 pounds (18 kg) of baggage on board.

During the flight, the detainees are offered sandwiches, snacks and water or a full meal, depending on the duration of the flight. Additional nutrition is provided to them in accordance with medical recommendations, if any. 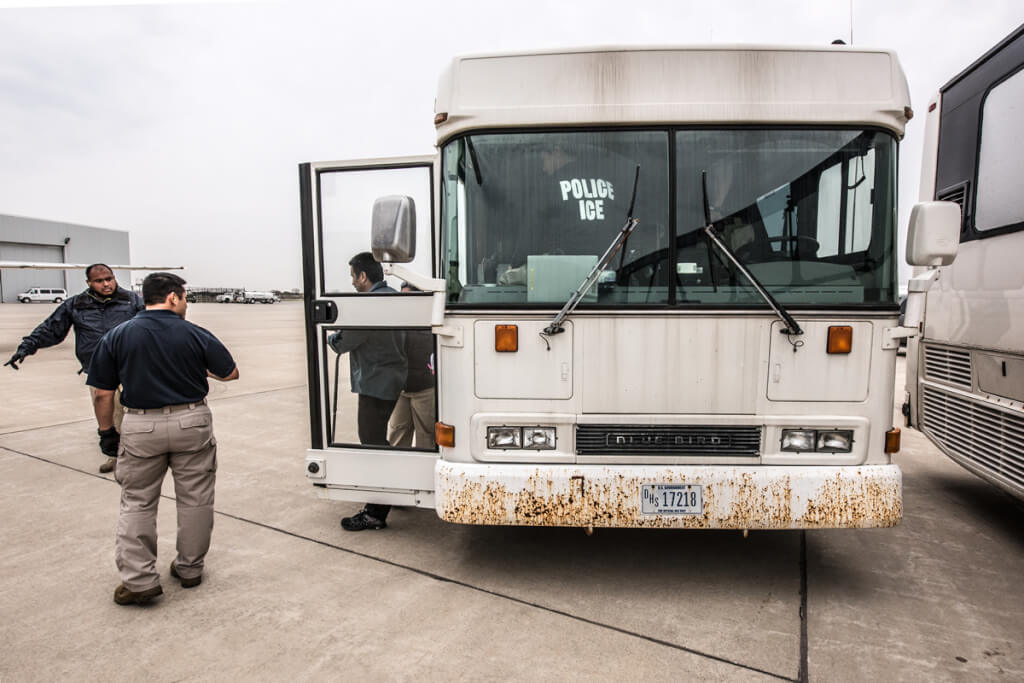 ICE Air Operations uses several types of aircraft to carry out its missions:

An average charter flight costs 7 785 dollars per flight hour. This covers not only the cost of leasing the aircraft and fuel, but also the services of a pilot, flight crew, security personnel and a medical professional on board.

One-way ticket: how illegal immigrants are deported from the US

How illegal immigrants cross the US border

How the US deports illegal immigrants: a step-by-step procedure

How much does the deportation of one illegal man cost