Home Page At home Dozens of ships of NATO countries go to the Black Sea for exercises: Russia claims that it fired at one of them

Russia reported that its military opened warning fire on the course of the British destroyer Defender near the annexed Crimea. The British Department of Defense denies this. Writes about it with the BBC. 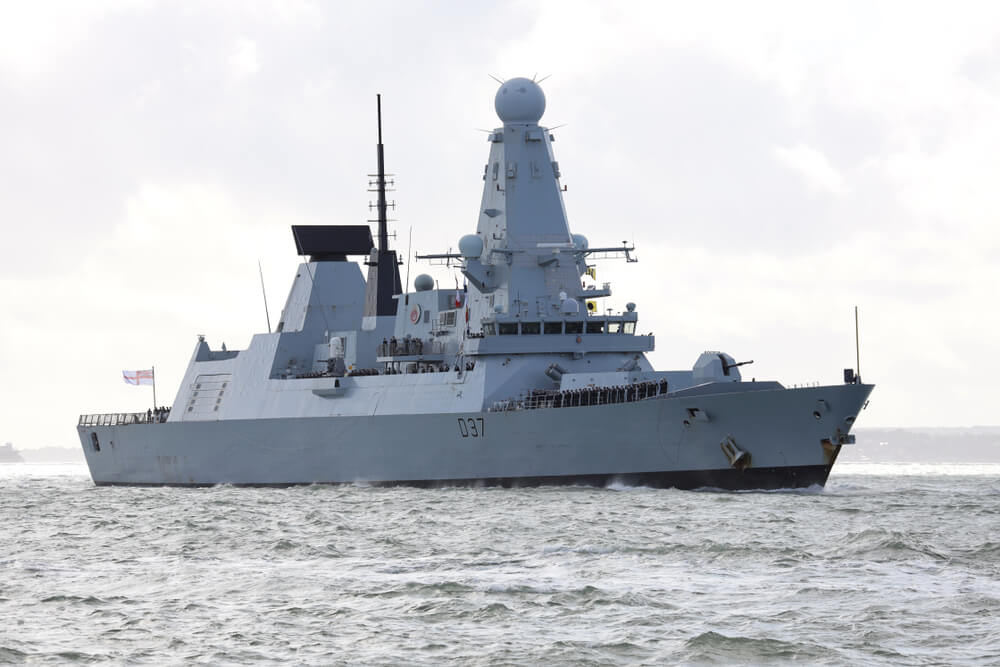 The incident, according to the department, occurred in the Black Sea, in the area of ​​Cape Fiolent.

“The destroyer was warned about the use of weapons in the event of a violation of the Russian border. They did not react to the warning, ”the statement reads.

At the same time, the British Ministry of Defense has already managed to object to the statement of the Russian side.

“There were no warning shots at the destroyer Defender. The ship of the Royal Navy carries out innocent passage of the territorial waters of Ukraine - in accordance with the norms of international law, the message says. - We believe that the Russians conducted armed exercises in the Black Sea and provided preliminary warnings about their activities. Not a single shot was fired at the Defender, and we do not recognize the allegations that bombs were dropped on its way. "

The Russian Defense Ministry said in a statement that from 12:06 to 12:08 on Wednesday, June 23, the border ship fired warning shots, and at 12:19 the Su-24M aircraft carried out a warning bomb drop along the path of the destroyer Defender.

On the subject: US sent patrol boat to Black Sea

The press service of the Ministry of Defense of Ukraine reported earlier on Wednesday that soldiers of the special operations forces of Ukraine, Great Britain and the United States conducted a joint training session at Defender. They practiced boarding actions.

After the appearance of reports about Russia's actions regarding the British destroyer, the head of the Ukrainian Foreign Ministry Dmitry Kuleba called them proof of "the aggressive and provocative policy of the Russian Federation in the Black and Azov Seas."

“A clear proof of the Ukrainian position: the aggressive and provocative policy of the Russian Federation in the Black and Azov Seas, the occupation and militarization of Crimea pose a constant threat to Ukraine and its allies. That is why I emphasize that a qualitatively new interaction between NATO and Ukraine in the Black Sea is necessary, ”he wrote.

At the same time, the General Staff of the Armed Forces reported that they did not have information about the shelling of the destroyer. The department added that "it may be a fake."

From June 28 to July 10, joint exercises of the military of Ukraine and NATO Sea Breeze are to be held in the Black Sea. They plan to involve about 3 thousand personnel, 30 ships, 30 aircraft, 18 special forces and diving teams.

The Commander-in-Chief of the Armed Forces of Ukraine, Colonel-General Ruslan Khomchak said that this would be the largest exercise in 20 years, writes «Radio Svoboda».

“This exercise will be the largest since 1997. Their goal is to train the headquarters and subdivisions of the Ukrainian Navy to perform assigned tasks in accordance with NATO standards and procedures, as well as to gain experience in joint actions in multinational operations, including as part of multinational forces of international peace and security operations. 31 participating states will take part in the exercises, during which a total of about 30 ships, boats and vessels, up to 30 aircraft and helicopters, up to 3000 personnel and 50 pieces of weapons and military equipment will be involved, ”Khomchak said.

The exercises will take place in Odessa, Ochakovo, on the Dniester estuary, the Kinburnskaya spit, the Zmeiny and Pervomaisky islands, the Danube river delta and other areas.

About 50 servicemen from 17 countries of the world will be advisers and observers at the exercises.

Joint Ukrainian-American exercises Sea Breeze dates back to 1997 in accordance with the "Memorandum of Understanding and Cooperation in Military Relations between the US Defense Ministry and the Ukrainian Defense Ministry", which was signed in 1993.

Moscow earlier called on Washington to abandon the exercise.

“The scale and clearly aggressive nature of the Sea Breeze exercises do not correspond to the real task of security in the Black Sea region, increase the risk of unintentional incidents and encourage militarism in Kiev,” the Russian embassy in the United States said in a statement. "We urge the United States and its allies to abandon the practice of military operations in the Black Sea."

The embassy said that the problems that arise in the region, the states that belong to it can solve "without imposing outside assistance," writes «Radio Svoboda».

The United States has not yet publicly reacted to this statement by the Russian embassy.

Expensive, but effective: a new drug has been found that saves in a severe form of COVID-19

How US citizens enter Ukraine, Russia or Belarus in 2021

Passenger feces fell out of the plane on the move: miraculously, they did not kill anyone